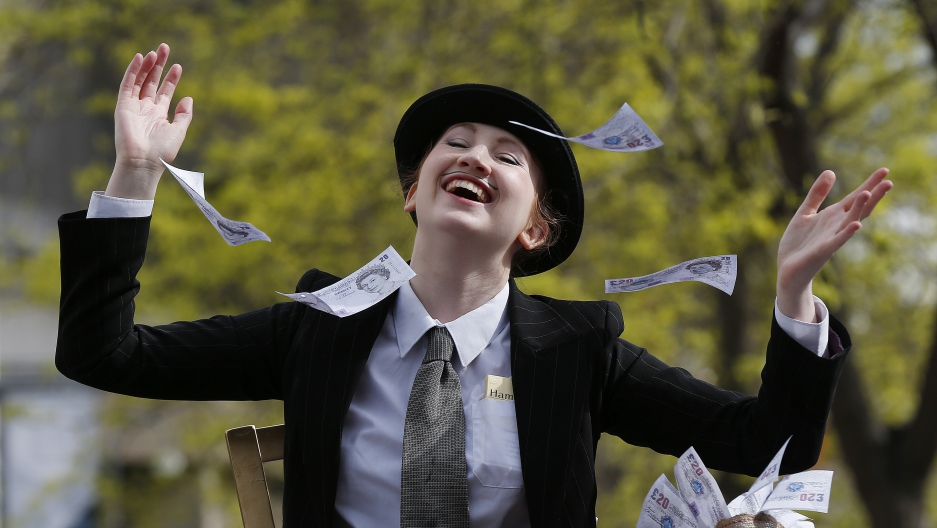 A demonstrator dressed as a banker throws away imitation bank notes during a protest outside the Barclays' annual general meeting in central London on April 24, 2014.
Credit: Suzanne Plunkett/Reuters
Share

Thanks to one anonymous leaker, several hundred journalists and 2.6 terabytes of data, we’re learning a lot about how the world’s most powerful people and institutions exploit offshore tax havens to enrich themselves and those close to them.

The massive document leak that’s being called the “Panama Papers” comes from the files of a seemingly obscure Panamanian law firm named Mossack Fonseca — obscure, that is, to most humans on Earth, but well known to global elites that hired the firm to help manage their offshore wealth. While there’s nothing necessarily illegal about these financial arrangements, they often mask criminal behaviors like tax evasion, money laundering and avoiding sanctions.

We’re just beginning to understand the magnitude of the leak and what it will mean — for the leaders, politicians and celebrities whose names appear in the documents, and for the future of global finance.

For now, here’s one way to understand the Panama Papers by the numbers. And here's more explanation below.

The total amount of leaked data comes to 2.6 terabytes (2,600 gigabytes). That makes the Panama Papers the biggest data leak in history, by several orders of magnitude. For comparison, WikiLeaks’ 2010 release of classified diplomatic cables came to just 1.7 GB. Edward Snowden’s leak of materials related to the National Security Administration and global surveillance was around 60 GB of data.

It took more than 100 news outlets and nearly 400 journalists in several dozen countries to handle the investigation.

These are the thousands of banks, law firms and other entities that went to Mossack Fonseca to set up offshore companies and accounts.

People and institutions from 200 countries and territories are named in the documents.

Here's one story that journalists found buried in the data: Close associates of Russian President Vladimir Putin are all over these documents. The total amount of deals and loans connected to his inner circle comes to about $2 billion. Putin’s name doesn’t appear in the documents, but, as the Guardian reports, the trail leads right to him.