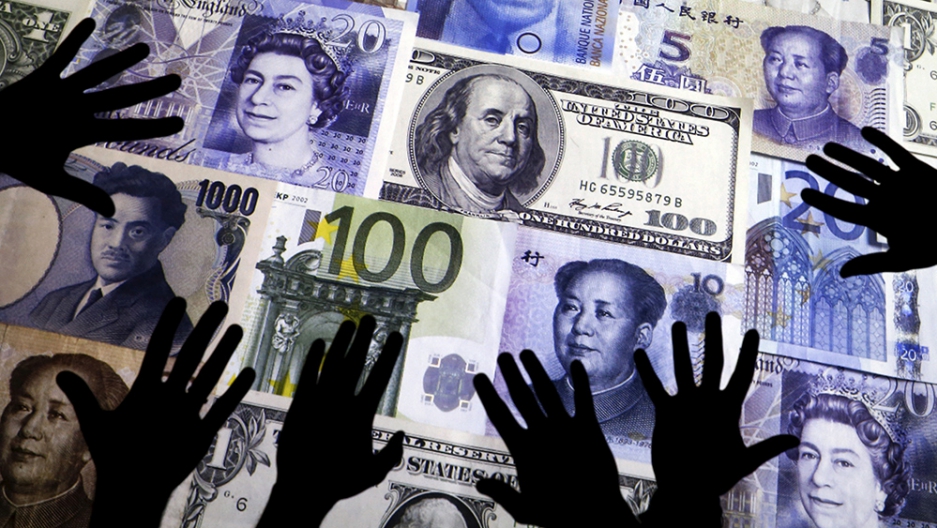 Hands are silhouetted against a backdrop projected with the picture of various currencies of money in this illustration taken April 4, 2016.

By now you've probably heard of the “Panama Papers,” the name bestowed on a massive database leaked from a law firm based in Panama. The leaked documents show that the company, Mossack Fonseca, helps its clients set up offshore shell companies, some of which are allegedly linked to crime.

Why is this such a big deal? The size of the release, for one, is staggering; then there's what all these files stand to reveal about offshore banking by global elites and its ties to illegal activities.

Before we get into all that, let's define "offshore company": a corporation or legal entity registered in jurisdictions that allow tax exemption, anonymity and minimal government oversight. These jurisdictions are also called tax havens. While it is not illegal to set up an offshore company, including a shell operation, many use them to dodge taxes and hide proceeds from criminal activities.

If you want a first-hand sense of how this works, the International Consortium of Investigative Journalists (ICIJ) — the main group behind the papers' release — created a game where you can assume the role of a politician or wealthy soccer player to navigate the "secret world" of offshore banking.

Now let's look at the Panama Papers. As we said, the leaked database is huge — the biggest data leak in history. The documents together dwarf all recent major leaks combined, including the WikiLeaks dump of American diplomatic cables in 2010 and Edward Snowden's files on the NSA in 2013.

The database was sent to Süddeutsche Zeitung, one of the largest and most influential newspapers in Germany, over a year ago by an anonymous source.

Realizing what it would take to handle the massive trove of data, Süddeutsche Zeitung approached the ICIJ, a reporting arm of the Washington, DC-based Center for Public Integrity, which has a record of completing cross-border investigations into leaked financial data.

The ICIJ subsequently brought together almost 400 journalists — from over 100 news outlets in nearly 80 countries — to investigate the Panama Papers. They started to publish their findings on Sunday.

The papers named current and former heads of state, government officials and international organizations, as well as their relatives and associates.

Use this interactive developed by the ICIJ to find out who's who:

The leaked data also show that more than 500 banks and their subsidiaries used Mossack Fonseca's services to register offshore companies, which has been a huge blow to the reputations of some major banks, including HSBC and Credit Suisse.

How does all this affect ordinary people? The impact is indirect, but huge. When individuals or companies hide their assets in tax havens through shell companies, the governments that they should pay taxes to lose an important source of income which could be used to improve the lives of citizens.

A study by Tax Justice Network, an international research and advocacy group, conservatively estimated that at least $21 to $32 trillion was hiding in more than 80 tax havens in 2010.

The study also found that individual elites in 139 mainly low-middle income countries had accumulated $7.3 to $9.3 trillion of unrecorded offshore wealth in 2010, while their governments were borrowing themselves into bankruptcy and other economic predicaments.

If 30 percent of $7.3 trillion in hidden wealth was paid as taxes and divided equally among 139 countries, each would get almost $16 billion. Imagine what a country like Nigeria could build with $16 billion.

The ICIJ isn't done yet. They've promised to release more data in early May, and other outlets involved in the investigation are also expected to publish damning reports.