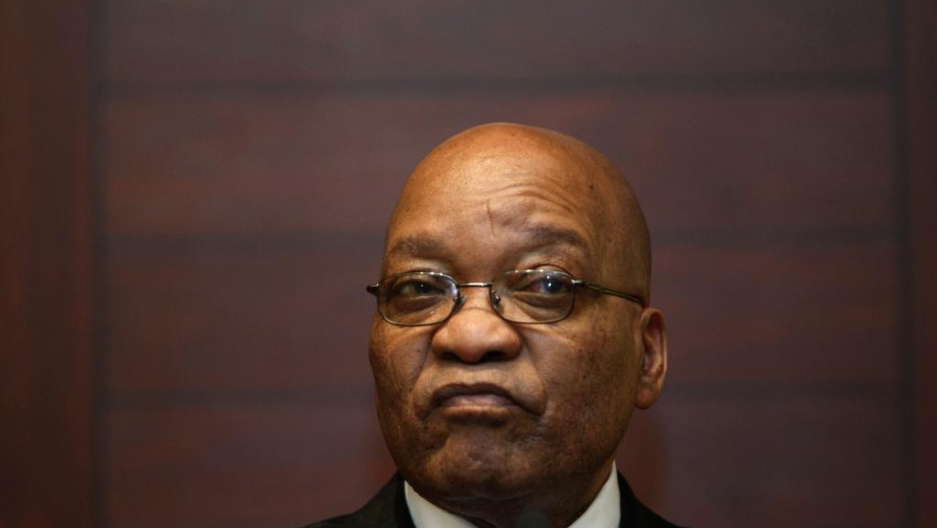 South Africa's Constitutional Court has ordered President Jacob Zuma to pay back some of the $16 million in state money spent upgrading his private home.

Jacob Zuma is no stranger to scandals.

The South African president has stood trial for rape, been accused of taking bribes in a corrupt arms deal, and fathered a child out of wedlock with his friend's daughter, who is not one of four wives.

But on Thursday, Zuma faced what is perhaps the biggest embarrassment of his political career: South Africa's top court found he had violated the constitution over state spending at Nkandla, his private country estate.

This view of the compound is wonderful #Nkandla pic.twitter.com/H3bssbtz1g

In South Africa, Nkandla has come to symbolize government corruption and waste at the taxpayer's expense.

After Zuma became president, the property in rural KwaZulu-Natal province, where he is from, received "security upgrades" to the tune of 246 million rand, or about $17 million at current exchange rates. These home improvements included a swimming pool, cattle corral, chicken run and ampitheater — all in the name of security.

South Africa's public protector investigator (a position similar to an ombudsman) investigated and found that Zuma had unduly benefitted from some of the public funds spent at Nkandla. He was instructed to pay back part of the money.

Zuma ignored these recommendations and instead launched separate investigations into the Nkandla spending.

A report by the police minister, one of Zuma's own Cabinet appointees, found that all expenditures were justified for security reasons. The swimming pool, his report said, was actually a "fire pool" in case the thatched roofs of buildings in the complex caught alight.

This was demonstrated in a video, aired at a press conference to peals of laughter from journalists, that showed water being pumped with fire hoses from what is clearly a swimming pool, to an inexplicable soundtrack of "O Sole Mio."

In a unanimous judgment, written by the Chief Justice Mogoeng Mogoeng, the Constitutional Court ordered Zuma to personally pay back some of the Nkandla costs — including that of the swimming pool — with the amount to be determined by the Treasury.

The court found that Zuma had a duty under South Africa's progressive post-apartheid constitution to comply with the public protector's recommendations — and had failed in that duty.

"[P]ublic office bearers ignore their constitutional obligations at their peril," the judgment said, evocatively describing rule of law as "the sharp and mighty sword that stands ready to chop the ugly head of impunity off its stiffened neck."

Earlier today at South Africa's highest court, where the president was found to have violated the Constitution. Waiting for proceedings to begin & mesmerized by the trippy carpet.

Zuma, who wasn't in court Thursday, has yet to respond. His African National Congress (ANC) said in a statement the party "has noted and respects" the judgment, and "given the serious nature," is taking time to study the ruling before commenting.

The Economic Freedom Fighters (EFF), an opposition party led by Julius Malema, a former ANC Youth League leader and Zuma supporter, praised the court for "rescuing our constitution and our country."

Malema waving his little gold book, a copy of the constitution: "We must live by this book" #ConCourt #Nkandla pic.twitter.com/PDtBb9cYiu

The court judgment comes amid a factional battle within the ANC that has put Zuma under increasing pressure over the past few months.

He is already facing protests and widespread criticism over the issue of "state capture," referring to his friendship with a wealthy Indian family alleged to have offered Cabinet positions on his behalf.

The president also drew widespread criticism after changing finance ministers three times in less than a week in December.

The main opposition Democratic Alliance, which along with the EFF brought the issue to the Constitutional Court, says it will demand Zuma's impeachment in parliament. But with the ANC holding a strong majority, this is highly unlikely to succeed, despite Zuma's unpopularity even within his own party.

@ejcs It may be proceedurally prudent for the DA to do this - but the ANC Caucus will want to dictate Zuma’s future on their own terms.

No it won't. And it'll give JZ a victory to compensate a bit for what happened today... https://t.co/i33UYGK3Ub