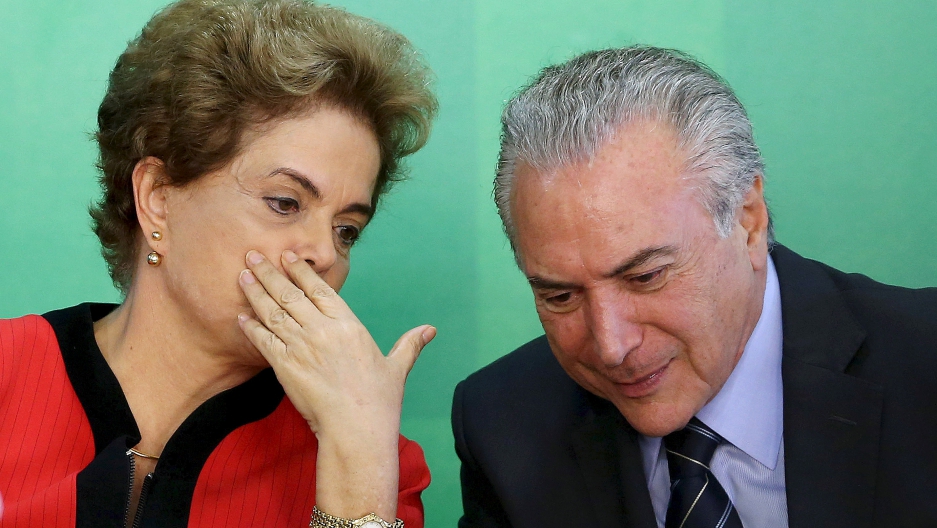 Rousseff, already up against a growing impeachment drive, faced more trouble with the expected exit of the centrist PMDB party from her crumbling coalition.

"Dilma's government is finished," said Senator Aecio Neves, who heads the PSDB opposition party and who narrowly lost to Rousseff when she won reelection in 2014. "The exit of the PMDB is the last nail in the coffin."

The PMDB, Brazil's biggest party, has been in an uneasy coalition with Rousseff's leftist Workers' Party for more than a decade, but its leader Michel Temer has called for a break. The party was meeting later Tuesday to decide.

Neves predicted that the PMDB's departure would prompt other forces supporting the government to follow.

Rousseff also faces impeachment proceedings over allegations that her government illegally borrowed funds to mask the reality of government finances during a deep recession. If she is toppled, Temer, who is vice president, would take over.

Neves said different opposition groups were already planning on a post-Rousseff scenario. "We have responsibility for the day after," he said.