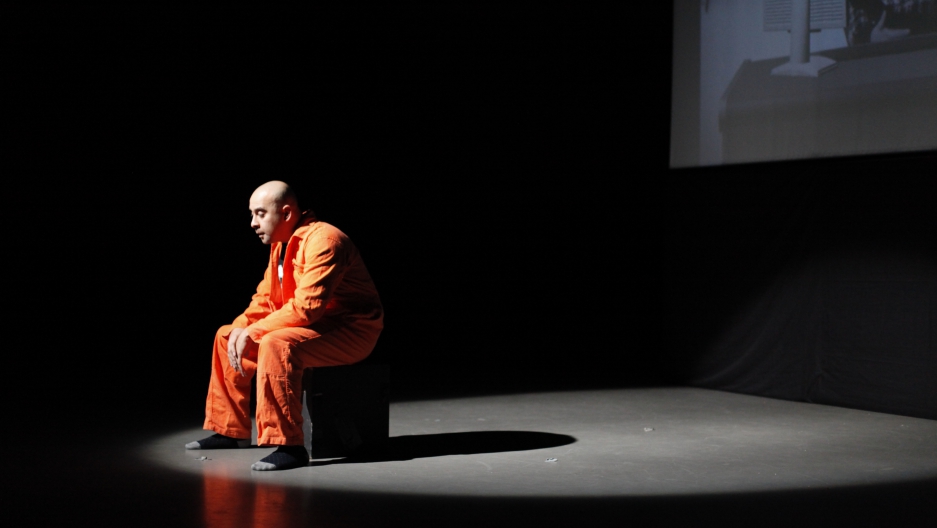 Belgian playwright Ismaël Saidi has spent the past year performing his crowdpleasing tragicomedy "Djihad" for audiences in Belgium. The play, which goes to Paris in April, is about three young men going off to fight in Syria and growing disillusioned along the way.

It's used as a prevention tool in Belgian schools to get kids talking about the dangers of extremism. With that in mind, we asked him to reflect on the Brussels attacks.

Here are his comments, lightly edited for clarity:

"It's like we are in a nightmare and we're just waiting to wake up because we (still) don't know how many people are dead. We're still looking in the subway and I think we'll just get the list of the names tonight. We're completely lost and we're praying for all those people who are dead and the others who are injured.

"The problem for me is it's been one year now I've been working with this play (Djihad), talking with kids and teenagers and I'm always in this subject and now the reality is more ugly than the fiction.

"I grew up in a part of Brussels where they found the bombs used in the attack yesterday. When you have someone writing about things that he really knows, I think this minority it feels like, 'OK, there is someone from us and he's talking to us, let's talk together.'

"If you focus all your energy to go after those criminals — because that's all they are, criminals — you will be wasting your time. For every criminal you catch, there will be five or six or seven more.

"I think the only solution is to go two or three generations later — the kids — and to teach them the way to live together here in Europe, with our love for freedom, our love for laughing at everything. We have to tell those kids they are a part of Europe, of Brussels, of Belgium. If you grew up like this, if you grew up without hate, and if you don't hate, you don't kill.

"They're always talking about jobs. OK, there are not enough jobs. But to have a job you have to have a diploma, a degree, that's the first problem, so you have to go back to school, you have to mix people. We have here in Brussels schools with only one kind of people.

"We have schools in ghettos with classrooms with 34 or 35 people and they don't learn anything. Some of them don't even speak French or any  language from this country so we have to go back to schools and teach kids and make them educated grownups and if you do that you'll find a job. Evven if you don't find it here you can travel around the world and find a job somewhere else. The government is always talking about jobs — the real answer is if you educate people they will work!

"We try to tell our kids that those are criminals. They watch TV; they know a lot of stuff. We try not to lie to them; we treat them as kids but we don't lie to them. We say those are criminals and they are the minority, not us, we are the majority. We are the good people; we are trying to live together. The only way to catch those guys is to keep doing what we love to do: working, going to school, going to the movies, going to the theater, we try to teach them to love their country to love their life.

"We're working with the kids now and hoping in 20 or 25 years there will be no more minorities here and everybody will try to live together here and respect each other, with respect for our values, European values, they are the values of Muslims, non-Muslims, Jews, Atheists, everyone. We all value life; we don't value death. We try to teach them that and if they understand that, maybe in 20 years we will have wonderful grownups in a wonderful country.

"As I always say: It's better than doing nothing, so we try."

'For the non-Muslims, it was like I opened a door for them'