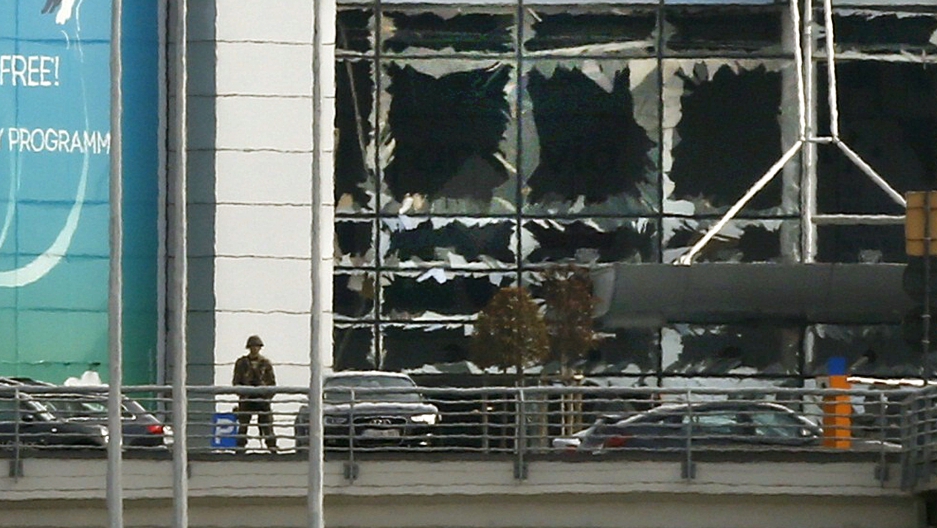 Belgium's neighbours France, Germany and the Netherlands tightened border security Tuesday after the attacks on Brussels airport and metro system that left at least 26 dead.

In France, where November terror attacks were intricately linked to jihadist networks in Belgium, an additional 1,600 police were being deployed to border crossings, airports, ports and train stations, said Interior Minister Bernard Cazeneuve.

"Access to public transport areas will be restricted to people with tickets and/or ID cards," and they may be frisked, he said after a meeting with President Francois Hollande.

Cazeneuve also called on Europe to "further boost coordination and the fight" against terrorism.

"These events that strike at the heart of Europe... show the need to reinforce even more the fight against terrorism," he said.

In France soldiers have already been patrolling rail stations and the airport under a state of emergency after last year's attacks, but armoured vehicles and elite police units joined them Tuesday at Paris' Charles de Gaulle and Orly airports.

The Thalys high-speed trains -- targeted in a previous aborted attack -- linking France and Belgium were not operating on Tuesday, and the Eurostar train suspended its Brussels route.

The minister said French authorities have already prevented 10,000 people from entering the country since the November attacks in Paris that claimed 130 lives.

In Germany, controls at the border with Belgium as well as airports and stations were also boosted, a spokesman for the federal police said.

The Netherlands also stepped up security at national airports and train stations and tightened controls on the southern border with Belgium.

"Out of precaution we are taking a number of additional measures in the Netherlands," the Dutch coordinator for terrorism and security said on its website.

"That means there will be extra police patrols at Schiphol, Rotterdam and Eindhoven and border controls on the southern border," the statement added.