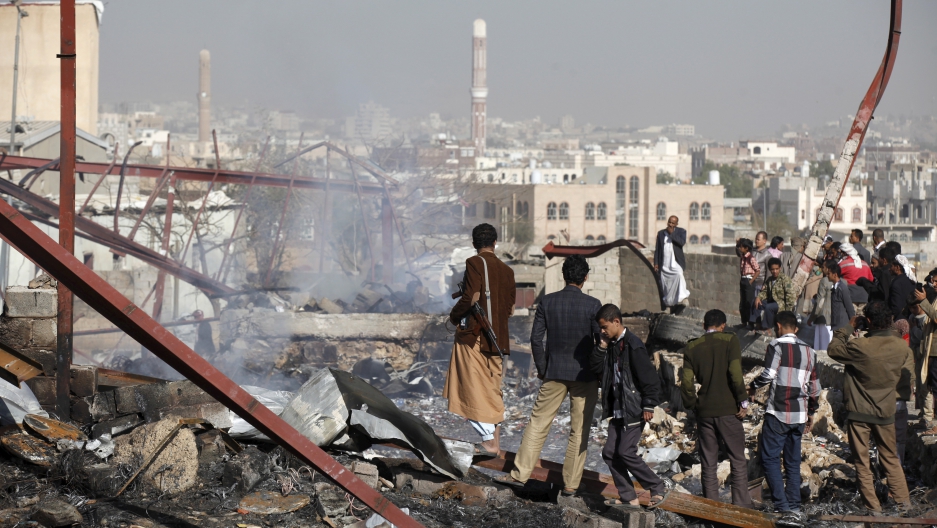 A senator from Connecticut is raising big questions about America’s unwavering support for Saudi Arabia. His comments come as the Saudis and their Arab allies begin a second year at war in Yemen. Fighting there in the past year has killed more than 3,000 civilians, many with US-made weapons.

Saudi Arabia buys more US weapons than any nation in the world. US support does not end at weapons sales. The United States military advises the Saudi-led coalition as it conducts its air war in Yemen.

Connecticut Democrat Chris Murphy, a member of the Senate Foreign Relations Committee, asks why the US has stood by while the Saudi-led coalition of Arab air forces has pounded Yemen daily since March 26, 2015.

“It's hard for me to figure out what the US national security interests are inside the civil war in Yemen,” says Senator Murphy.

Fighting in Yemen involves local militias, separatist groups, a Saudi-backed political elite and a well-organized rebel force, known as the Houthis, which seized control of the country in early 2015. While the politics of the Yemen war are murky, the toll on Yemeni civilians is clear.

On Tuesday, March 15, jet fighters from the Saudi-led coalition struck a crowded marketplace at midday in Khamis, a village north of the Yemeni capital, Sanaa. Doctors Without Borders/Médecins Sans Frontières reports “Khamis was full of people who had gathered for the weekly market day. Dozens of civilians were present at the time of the airstrike, including women, children and the elderly, and many were injured or killed in the attack.” There are no military targets in Khamis.

“It appears that our support for the Saudi-led bombing campaign is killing a lot of civilians,” says the senator. “It is leading to a humanitarian disaster, and strengthening the very groups that we say are our priority to defeat in the region.”

The chaos of war has opened opportunities for Al Qaeda in the Arabian Peninsula and ISIS to expand their areas of control and strike targets without being challenged by either the Yemeni Houthis or the Saudis, who remain focused on fighting each other. Senator Murphy thinks US support for the Saudi campaign, which includes targeting assistance and mid-air refueling of fighter jets, is undercutting America’s true objectives in Yemen, to reduce the threat of AQAP, which has launched several failed attacks on mainland US targets.

In the past year alone, the United States has agreed to resupply Saudi Arabia with $1.29 billion in bombs that have been expended in daily airstrikes on Yemen.

Senator Murphy wants to examine such deals, and place conditions on the sale of weapons to hold the Saudis accountable. What kind of conditions?

“That they stop using cluster bombs, that they commit to not purposely targeting civilians, that they allow for humanitarian relief to reach displaced populations, that they make a commitment not to in any way directly coordinate with Sunni extremist groups,” he says. “These are the kind of conditions that we have so far been unwilling to put to the Saudis. I think it's time we do it.”

Murphy is one of very few politicians in Washington calling on the US to hold the Saudis to higher standards. “I mean, right now I'm, I think, the loudest voice here. There are a handful of members of the House who've raised similar objections and I've been talking to my colleagues both on the Republican and Democratic side as well.”

The Senator says his office has heard from the Saudi Embassy. “The Saudis obviously don't like what I'm saying, but I'm not talking about walking away from this alliance. I'm just talking about putting some higher-level conditions upon the arms that we provide them.”

Yemenis have been calling on the US, since the beginning of the war, to reign in the Saudis. In recent months, activists have openly blamed the US for the unrelenting air strikes.

“So, if I'm listening to Yemenis on the ground,” says Murphy, “I think one of their first requests is for this relatively indiscriminate bombing campaign by the coalition to stop. And right now the US is facilitating that bombing campaign, leading to the destruction of cities, the deaths of civilians, and a growing humanitarian catastrophe inside Yemen.” 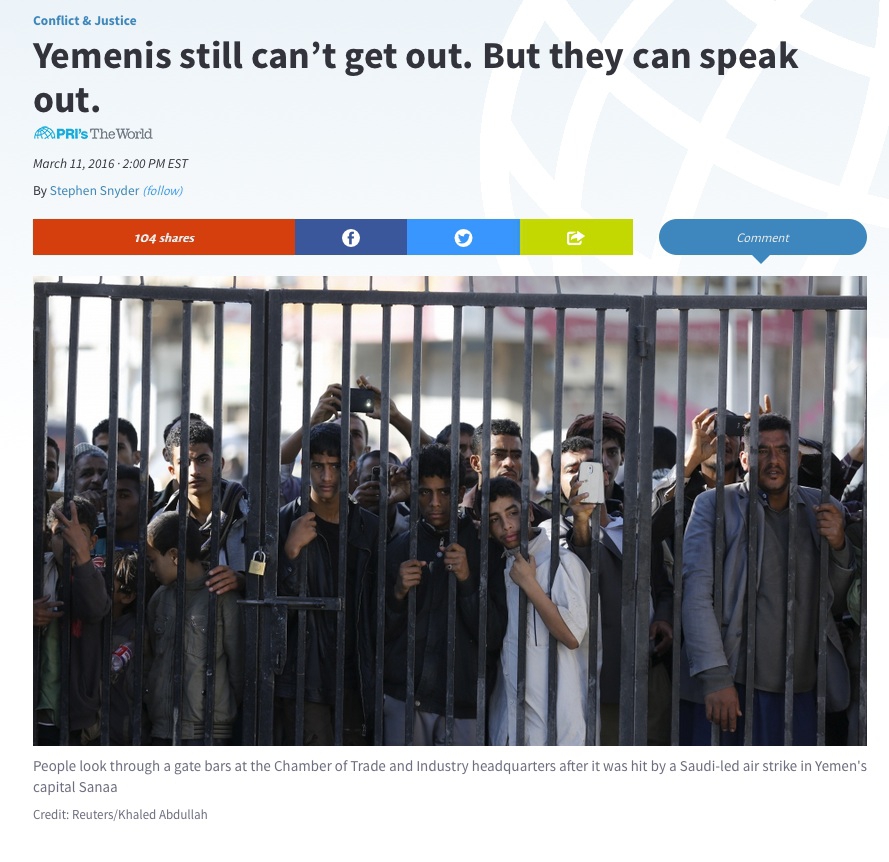 But it’s not easy to explain the Yemen story to Murphy’s Connecticut constituents.

“I think there is a real lack of recognition of what's happening inside Yemen today, and certainly there's a lack of recognition that the United States is playing a very large role in supporting the Saudi campaign there,” he observes. “I mean, I don't know what terminology you put on this, but the United States certainly has weighed in on one side a war inside Yemen today, between the Saudis and the Iranians, and their proxy forces therein.”

Senator Murphy says the Yemen war, though not a focus for people in his state, is nonetheless the kind of potential quagmire they would want to avoid. “What people in Connecticut tell me is they want us to learn from the mistakes of Iraq: that they want America to have a little bit less hubris about our ability to try to influence events on the ground in the Middle East with the blunt force of American military might.”

Among Murphy’s constituents are two big arms makers who do business with Saudi Arabia: Pratt & Whitney, which makes and maintains jet engines, and Sikorsky which produces the Blackhawk helicopter. Senator Murphy says he must balance the interests of everyone in his state.

“Ultimately I'm tasked with creating jobs in Connecticut,” he says, “but first and foremost I'm tasked with keeping America safe from attack and keeping my state safe from attack. And so the most sacred obligation you have, right now as a member of Congress, is to prevent another 9-11 attack from happening. And so, to me, the way in which we have sold arms to the Saudis without requiring them to be a true lasting daily partner in the fight against extremism really puts our country's national security in jeopardy. And so, yes, sometimes you have to make tradeoffs between, you know, economic security and physical security for the nation. But the latter has to triumph when there's a conflict.”

“And, again,” he adds, “I’m not talking about stopping these arms sales. I'm just talking about raising the stakes and forcing the Saudis to step up to the plate and be a better partner as a condition of moving these sales forward.”