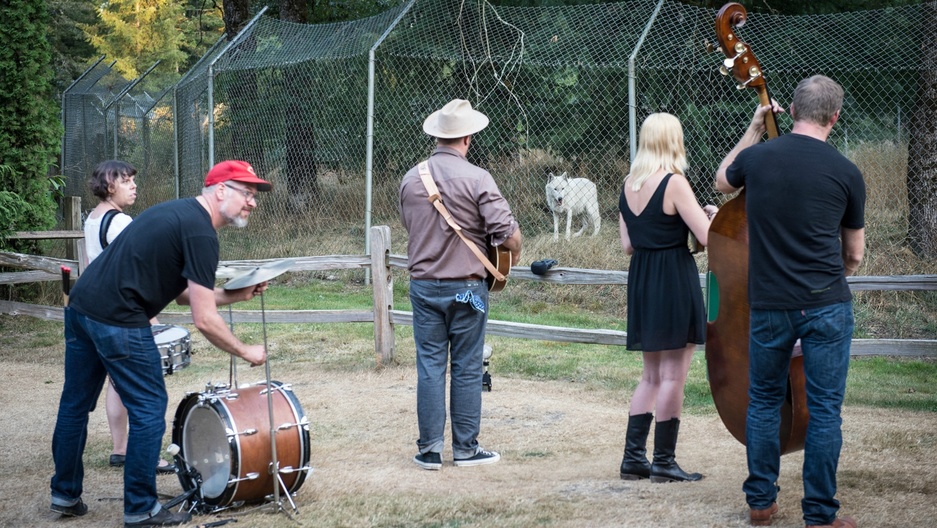 Laurel Braitmanis a historian of science and the author of "Animal Madness: How Anxious Dogs, Compulsive Parrots, and Elephants in Recovery Help Us Understand Ourselves". She's particularly interested in the mental health of animals in captivity. "If their minds aren't stimulated, they can end up with all sorts of disturbing behaviors," she says. Braitman wondered if music --- so often soothing to people, but usually foisted on animals without their permission --- could help counter their symptoms of anxiety and depression.

That led Braitman to arrange aseries of concertsfor all-animal audiences: gorillas in a Boston zoo and a small herd of bison in Golden Gate Park. Recently, the bluegrass band Black Prairie played for the residents ofWolf Havenwolf sanctuary in Tenino, Washington. Many of the animals were rescued from a roadside attraction where they were chained, unable to run or socialize. As the music played, the 52 wolves that made up the audience pricked up their ears and moved in for a better view. But can we say that they liked it?

Researchers are trying to answer this question in controlled experiments where they observe whether animals move toward or away from speakers, depending on the music.Dr. Charles Snowdonof the University of Wisconsin collaborates with a composer, David Teie, who writes music tailored for certain species. They base their compositions on sonic frequencies the animals use in nature. Their music fordomestic cats features tempos of purring or suckling kittens; small monkeys called cotton-top tamarins, on the other hand, got music that sounds remarkably like nails on a blackboard. "It is pretty godawful if you ask me," Snowdon says. "But the tamarins dig it."

Marc Bekoff, professor emeritus of ecology and evolutionary biology at the University of Colorado, points out that many animals have extremely keen hearing, so they can perceive "overtones and sounds that we do not hear, and can't even begin to appreciate." Perhaps they like music more than we do.

Laurel Braitman's concerts are not controlled experiments. She's happy to trust casual observations, like the fact that at the wolf concert, many of the animals moved as close as they could to the band. "The only indicator I have is that they didn't leave," she says. "And in fact, that's how a lot of musicians judge the success of their shows --- did people not leave?"

This story is part of thePRX STEM Story Project, made possible by the Alfred P. Sloan Foundation.

A concert for wolves 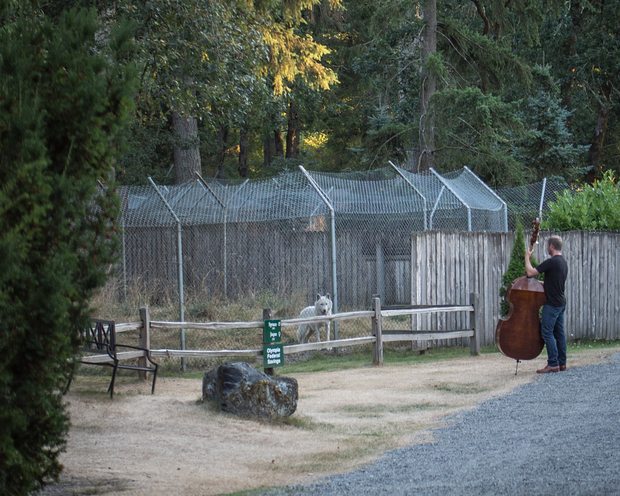 Nate Query starts the evening's music. The band thought the wolves might find the low tones of his bass soothing. Spruce, another gray wolf, eyes him curiously.
(Carli Davidson) 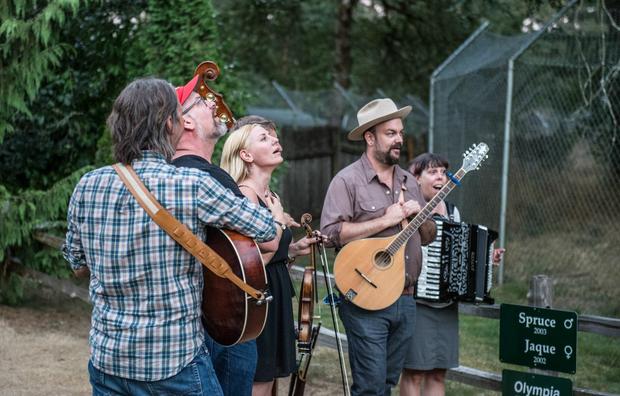 After the concert, the staff at Wolf Haven teach Black Prairie how to "initiate a howl"
(Carli Davidson)