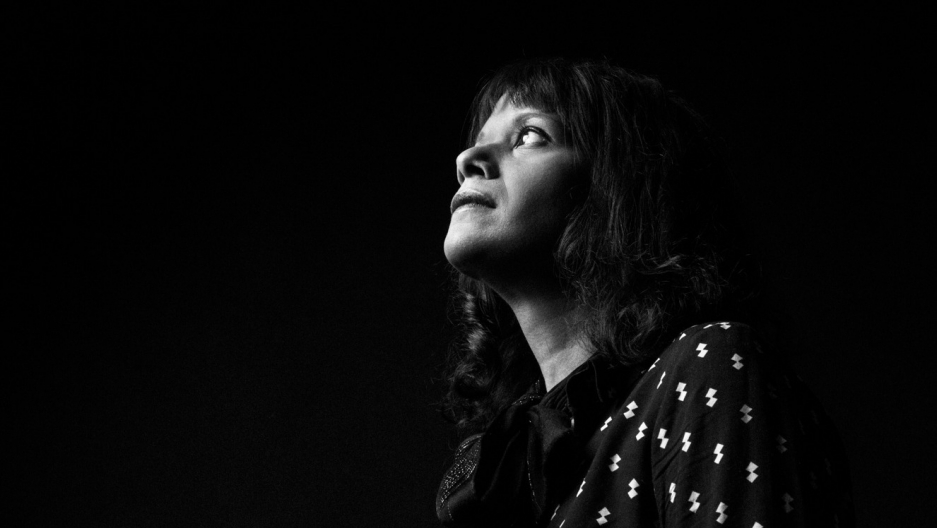 When singer-songwriterShilpa Raywas growing up in suburban New Jersey, her strict Indian-American parents forbade rock and roll in their home. Instead, they signed her up to learn classical Indian singing and to play the harmonium. She hated it, and snuck CDs by bands like the Velvet Underground and the Stooges out of the local library.

When Ray started making her own, punk-inspired music, she couldn't help but be influenced by her Indian classical training. For one thing, she kept playing the harmonium, and it doesn't sound anything like a typical rock instrument. "It has its own breath, so how I would compose a song on piano versus playing on harmonium is completely different," Ray tells Kurt Andersen. On her latest album,"Last Year's Savage,"Ray's sound has evolved to encompass more intimate, cabaret-style singing, while hanging on to the harmonium.

The choice of making rebellious, four-letter-word-laced music with a classical Indian instrument might seem like a deliberately barbed message to her parents. But Ray says she felt more comfortable playing it than she did any stringed instrument --- and it was far more portable than a piano. Still, even now, her parents haven't ever listened to her music.