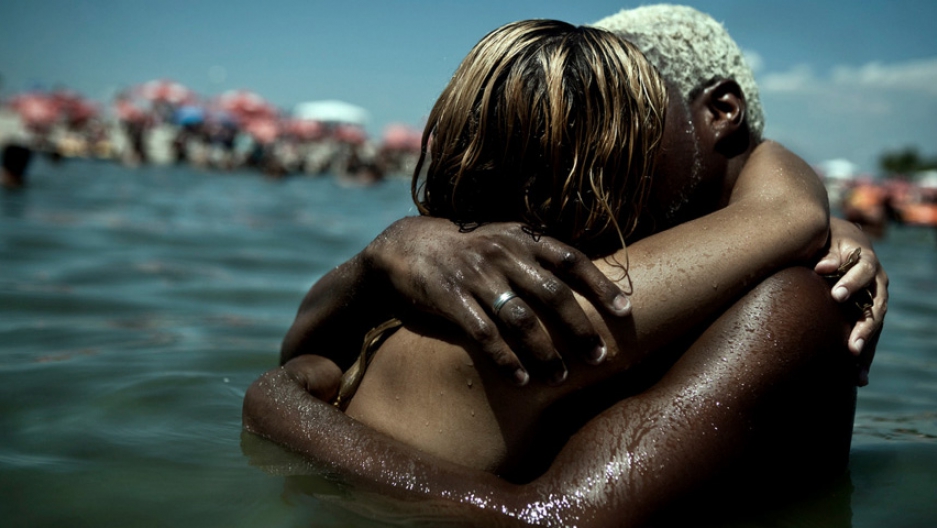 Brazilians embrace at Piscinão de Ramos, an artifical lake next to Guanabara Bay.

Rio de Janeiro is a beach town. Except many people living there can't go to their beach nearby — the beaches off of Guanabara Bay are disgusting and polluted.

So while thousands soak up the famous rays of Copacabana or Ipanema, residents near the Bay instead relax at an artifical lake the government created in 2001 — instead of cleaning up the pollution.

It's called Piscinão de Ramos, or “big pool of Ramos." It's an artificial salt-water lake located in an area of Rio called Ramos.

And it's at this artificial beach, not that far from the actual beaches of Guanabara Bay, is where thousands of people in the surrounding favelas, or slums, spend their days. 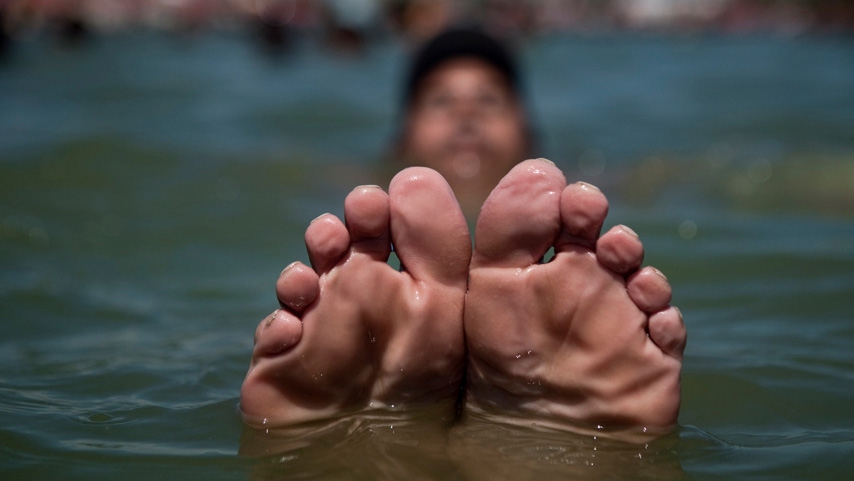 "Most people would obviously love to go to that same beach they used to go to back in the day — I think that would be unanimous," says Brazilian photographer Julio Bittencourt, who recently spent time capturing the unique culture of Ramos. "But at the same time it’s not clean. It’s super polluted."

Piscinão de Ramos is definitely a place all its own. It's not about the perfect bikini body. Writer Joaquim Ferreira dos Santos called the the Piscinão de Ramos a "Photoshop-free paradise."

"Ramos is crowded, noisy and polluted, and known for its eccentric characters and an intense display of the beachside enjoyment — for which Brazil is famous worldwide," he writes. "Here, in this Photoshop-free paradise, no social hierarchy exists to define what is cool and what is kitsch. ... Here what matters is not looking good for the camera, but rather feeling the sun on one’s skin, getting drunk on cachaça and splashing the time away." 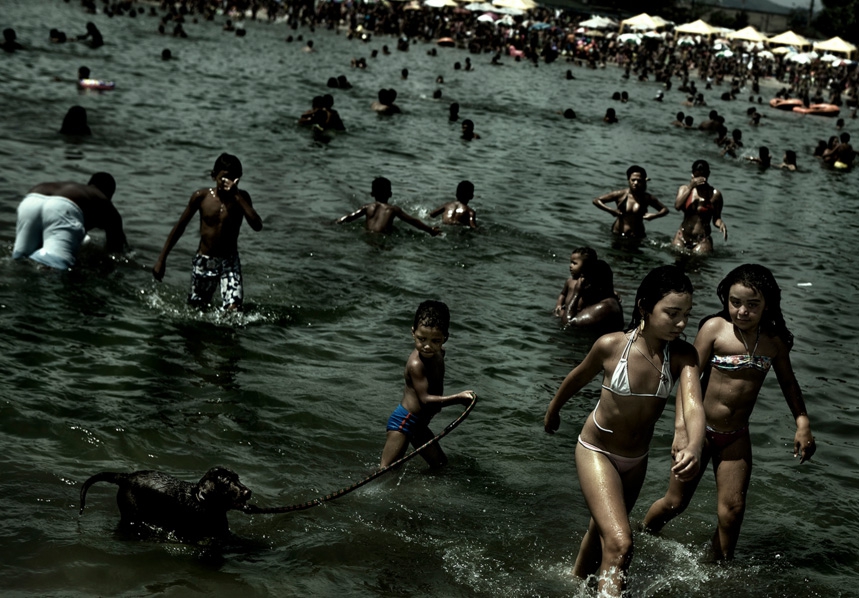 Bittencourt says the most important thing is that the locals to have a place to go and have fun and take their families.

"It’s not a beach, but it’s a beach," he says. "People are really loose ... It has a really cool vibe. Nobody is really worried about the guy sitting next to you and what someone might be thinking — what kind of music you’re listening to, what food you’re eating, if you’re too fat or if your bikini is too small. There’s a joie de vivre — a real enjoyment of life."

Take a look at some of Bittencourt's beautiful images and you'll see why. 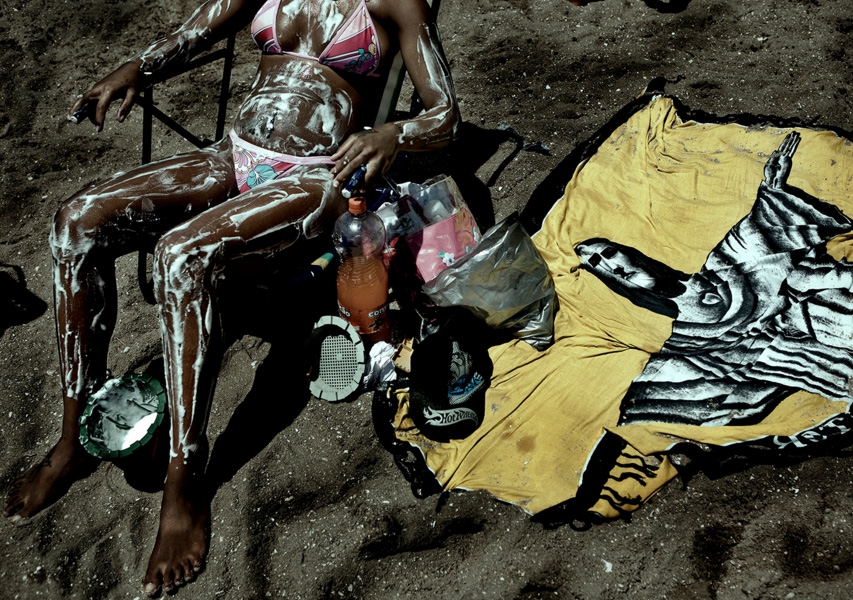 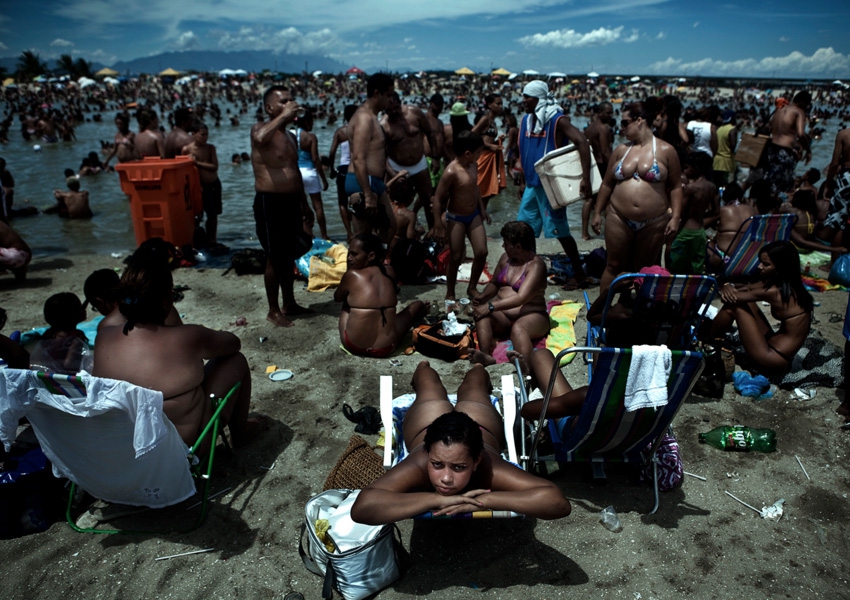 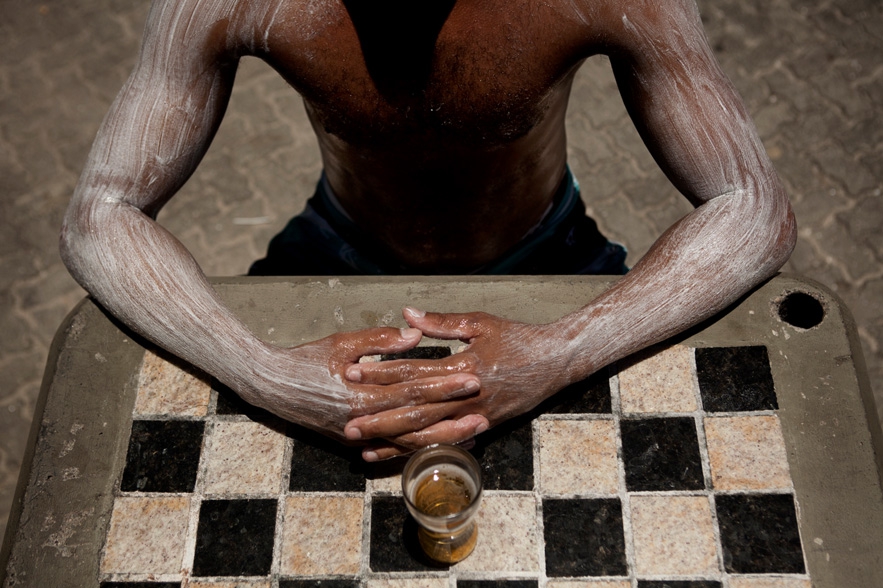 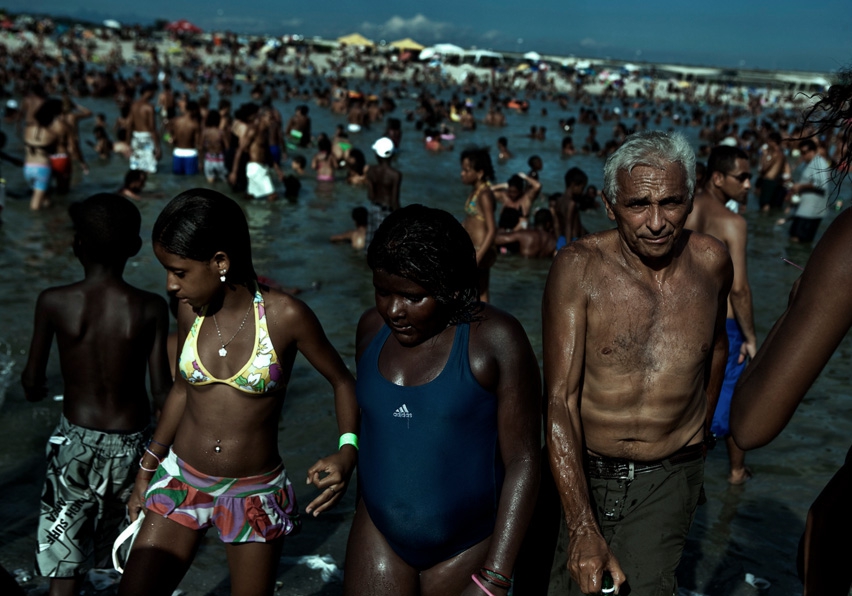 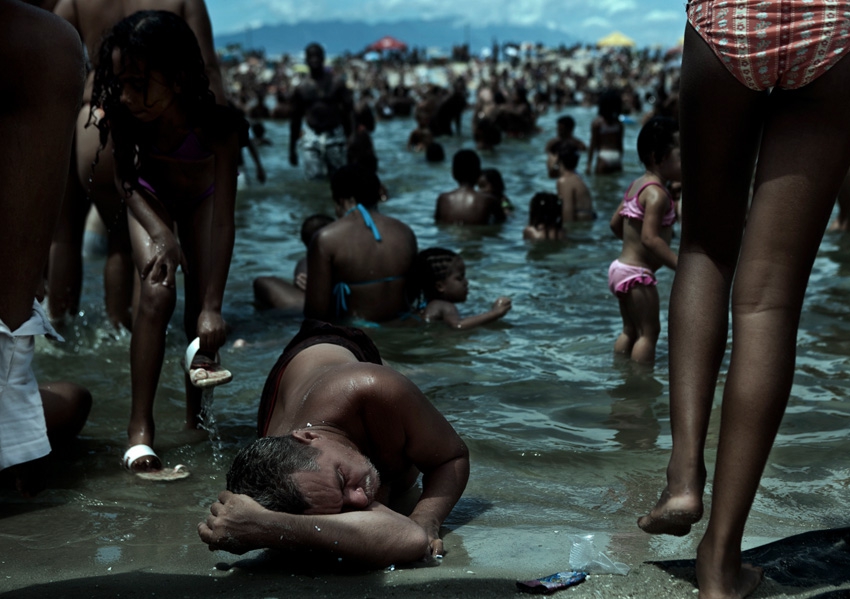