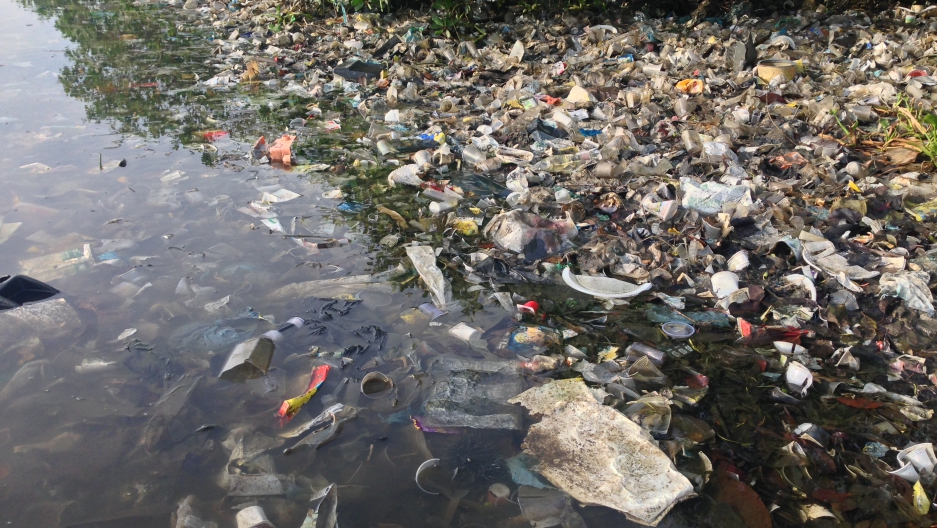 “Cup Island,” a mangrove island on Guanabara Bay in Brazil, is a magnet for the tons of trash that are dumped in the bay's waters each day.

Rio de Janeiro’s Guanabara Bay has been getting lots of attention over the last few months, and for all the wrong reasons.

The bay is filthy. Communities across Rio spew their sewage untreated into its waters. Oil and gas facilities dump toxic waste into the bay, while each day 90 tons of trash float downstream to line the bay’s beaches and mangroves.

Rio’s state government has spent decades and billions of dollars on a much-maligned cleanup effort. Millions of the dollars earmarked for sewage works and other programs were allegedly siphoned off over the last 20 years, and today the bay remains as fetid as ever.

International attention to the problem has focused on the athletes who will visit Rio for this summer’s Olympic Games, with local and Olympic officials wringing their hands over whether sailors and rowers might get sick from the water. But thousands of fishermen and women who live on the bay, and depend on it for their livelihoods and daily protein, are less worried about the games than the long-term impact of all the filth entering these once crystalline waters.

Alexandre Anderson, an activist who has been fishing these waters since 1989, says the government seems to be deaf to calls from local communities to get serious about cleaning up the bay. 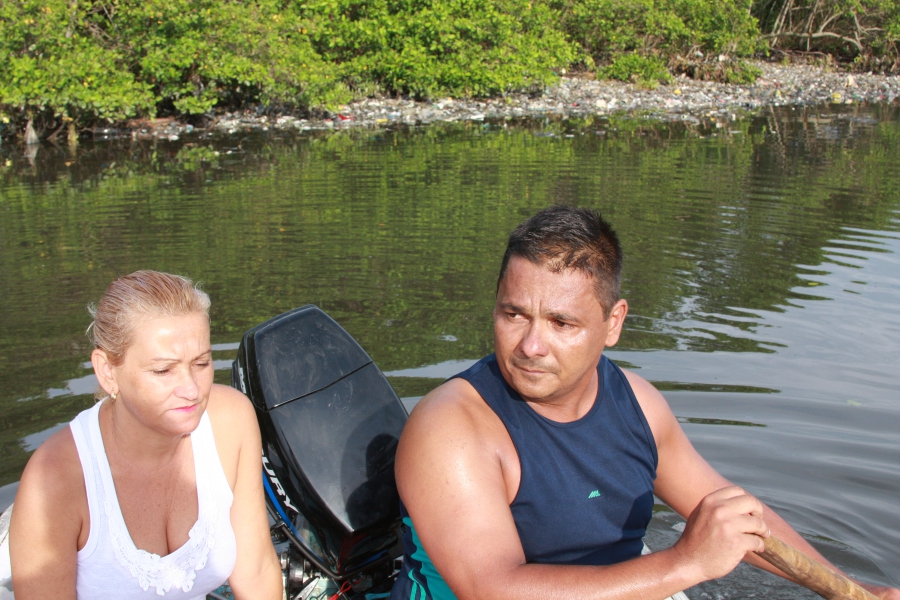 Alexandre and Daisy Anderson, who have been fishing on the bay for more than two decades and now work to bring attention to the water pollution.

Every day, Anderson says he and his colleagues see the impact of the bay’s pollution: greasy, luminescent puddles of oil floating on the water; mountains of plastic on the beaches and in the mangroves; and fewer and fewer healthy fish every year.

Most worrying, he says, are the chemicals and waste products constantly pumped into the bay by the local petrochemical industry.

Anderson said it gets harder each year for fishermen to survive. There are fewer and fewer fish living in the bay’s stinking waters, he says, and the fish that do survive are often poisoned with heavy metals and other contaminants.

Along his tour, Anderson spots a fishing buddy of his — another Alexandre, Alexandre da Silva. Da Silva is wet from head to toe, grimy from hours of fishing. He’s holding an empty net, looking forlorn. The encounter almost seems staged, but he’s surprised to see us. He says he’s barely caught anything and blames the filth.

“There’s trash everywhere,” he says. “Bags, plastic, bottles. It needs to be cleaned up.”

Rio’s state government recently renewed its pledge to clean up the bay. It promised to use mathematical modeling to improve its trash collection efforts, and the city’s politicians say they’re pushing forward with the latest phase of a decades-long cleanup program.

Anderson said he hopes the glare of the Olympic Games will help push those efforts along before it’s too late for the bay he calls home.