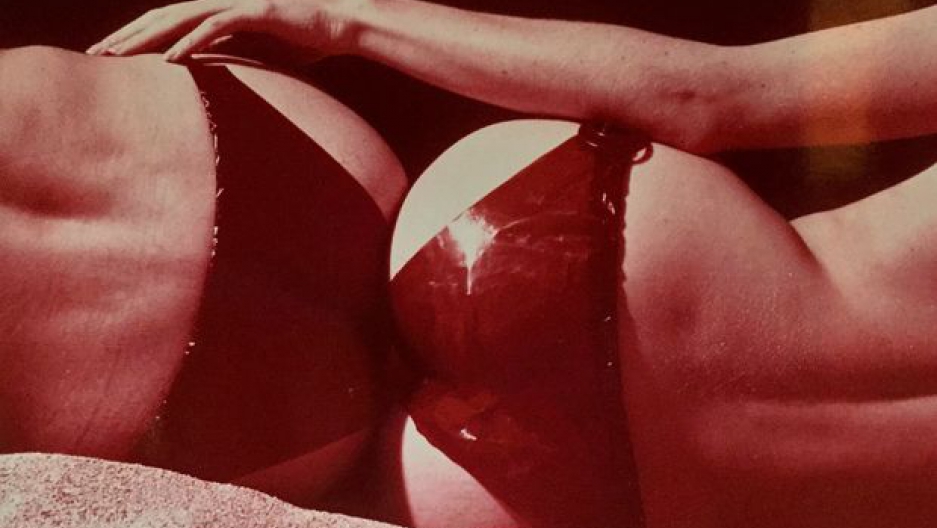 The inventors of Candypants — entrepreneurs David Sanderson and Lee Brady — are not just business partners, they’re also a life-long couple. And their invention was never meant to be eaten. It wasn’t even meant to be worn.

“We approached it as conceptual art and as a sexual parody,” says Sanderson.

“It ended up being this gargantuan behemoth,” adds Brady. “It kind of got out of control.”

The concept was born late one night in the early 1970s in Chicago. Sanderson and Brady were sitting around with friends sharing apple-flavored wine — and other substances — when they started making jokes about colloquialisms.

“Puff the Magic Dragon put the idea in our mind,” Sanderson says, “I remembered my older brother used to say, ‘Eat my shorts.’ Like ‘Buzz off.’ We said, 'Let’s make shorts you can eat!' And everyone thought we were totally bonkers.”

Crazy or not, Sanderson and Brady got to work. They began experimenting with potato starch and chemicals in a spare bedroom, trying to make an edible fabric. Eventually they found an edible film that had been designed to wrap frozen turkeys, and used it to fashion licorice-laced briefs they called Candypants.

“The early ones were designed exactly like underwear. Tighty-whities,” Brady says.

“The licorice was the strings. You'd tie it on each side of your hip in a bow,” Sanderson says.

In 1975, Brady and Sanderson gathered up the samples they had assembled in their spare bedroom and put them on display in friend’s bath boutique. A student at Indiana University bought the first pair.

Her school newspaper published an article about the novelty item, and the Associated Press picked up the story. That’s when things got crazy.

“I got calls all night long from England, Australia, Canada, Germany,” Sanderson recalls. “And then NBC called and said, ‘Can you be on the six o’clock news tomorrow?’”

Candypants began selling faster than Sanderson and Brady could make them. Orders started flooding in for a product that barely existed outside of their spare bedroom. The couple rushed into production in a colorful work space they called “the Willy Wonka factory.”

“We had giant decals of Mickey Mouse, Minnie Mouse, Pluto, Goofy plastered all over this gigantic wall. We started hiring people. Everybody wanted to work for us. We were fun. We had parties every Friday night,” says Brady.

How popular were Candypants? Brady and Sanderson say that exactly 40 years ago, around Valentine’s Day in 1976, they were selling $150,000 a month of edible underwear. They bought a 7,000-square-foot historic mansion with a grand staircase and a ballet studio.

The couple was young and rich, and it was the disco era.

“We partied a lot,” says Brady. “We weren’t foolish, but we had a good time.”

Although the pair cashed out long ago, they know the invention they’ll be remembered for is the shorts you really can eat.

“I do feel like it's like our signature contribution to I don't know what,” Sanderson says. “We outlived the pet rock.”