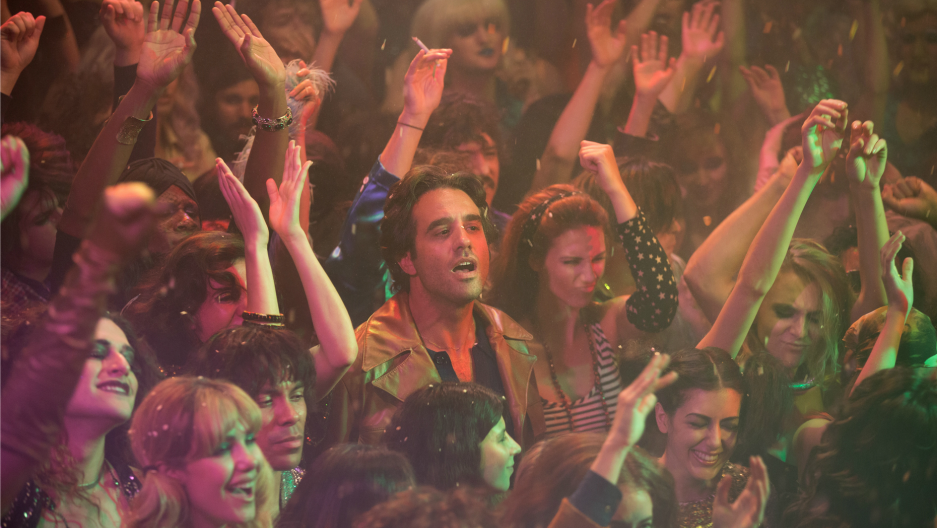 So this is the golden age of television. Actually it's the golden age of the antihero on television --- in particular, the white, middle-aged antihero. Don Draper, Walter White, Tony Soprano are all totally irredeemable characters --- and we root for them anyhow. Terence Winter knows something about charismatic sociopaths. He wrote a couple dozen episodes of "The Sopranos,"then he wrote the terrific gangster series "Boardwalk Empire,"set during Prohibition. And he also wrote Martin Scorsese's"The Wolf of Wall Street."

He's now the showrunner for the new HBO series,"Vinyl,"whichbegins in the 1970s. For it he created Richie Finestra (Bobby Cannavale), a drug-addled, middle-aged record mogul. Richie is having a financial crisis, and in the first episode alone he smashes an iconic guitar, hoovers up cocaine, commits business fraud, and very much worse. All courtesy of Terry Winter.

Kurt Anderson: Tell me about the germ for "Vinyl." Where did it come from and where do Martin Scorcese and Mick Jagger come in?

Terence Winter: The germ of this started well before I got involved. In 1996, Mick Jagger approached Martin Scorsese and pitched him on the idea of doing a version of the movie "Casino"set in the world of rock and roll. In 2007, 11 years later, Martin Scorsese called me up. I had just written the pilot episode of "Boardwalk Empire" and "The Wolf of Wall Street." He said,"Listen, I have this other thing. It's a movie set in the world of rock and roll. I'm doing it with Mick Jagger. Do you think you'd be interested in that?"

Does Mick Jagger hang around the set? Does he read scripts?

He is involved, very much so. He and Martin Scorsese are very hands-on. You know, Mick, due to his touring schedule, is often not physically present.

Yeah, he has a little side gig that he does. But he sat in the writing room for a couple days, which was a pretty incredible thing for me and my writers.

There is also beautiful period production design --- I was amazed by the ravaged, graffiti-covered subway cars and subway station. New York subways aren't that way anymore, so that must have been a very expensive ruin to create.

That was created digitally. That train was pristine, and the station as well. That's the interesting thing, you usually use visual effects to make things look better. On our show, we need it to make [things] look decrepit.