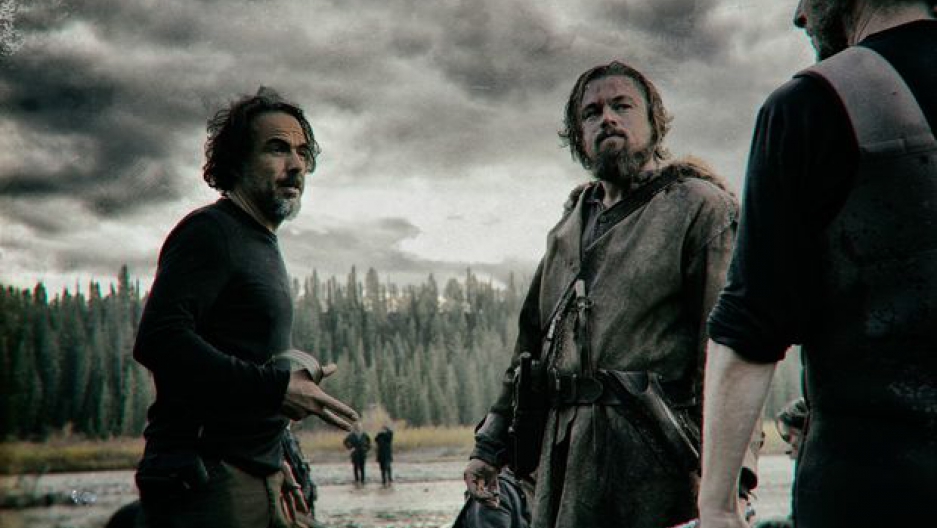 The 88th Academy Awards are February 28, and five films are vying to be named Best Picture. Over the next few weeks, we'll talk to the directors behind each of the films.

Our first installment is a conversation with Oscar winner Alejandro González Iñárritu, whose latest film, The Revenant” made a big impression on Hollywood this year, with 12 Academy Award nominations — more than any other film this year, including best picture and best director.

Though “The Revenant” is a quintessentially American tale, Iñárritu, born in Mexico, has long seemed determined not to become too Americanized.

“[The Revenant] is the story of this country, which is basically the story of humanity,” Iñárritu says, “Colonialism has been [around] since man is man. In this case, it’s the 1820s, a part of history that hasn’t been explored too much in American films.”

The main character in “The Revenant,” played by Leonardo DiCaprio, is based on Hugh Glass, a real-life adventurer and fur trapper who, in the 1820s, survived a grizzly bear attack and dragged himself hundreds of miles to get revenge on the men who left him for dead.

“Very few people went into these uncharted territory, this unknown territory and all of these stories came out from these men, the ones who survived it, and they were these legends,” Iñárritu says. “For me it was fascinating that, in a way, the amount of people from all around the world in that time with no law, the way they were surviving. ... It was a surviving period of these men thrown in the middle of nowhere, and they were dying like flies. ... It's fascinating.”

When Iñárritu last year won his Oscar for best picture, he used the moment to speak publicly about his fellow Mexicans.

“I want to dedicate this award for my fellow Mexicans,” Iñárritu said, “the ones that live in this country, the ones who are part of the latest generation of immigrants in this country. I just pray that they can be treated with the same dignity and respect of the ones who came before and built this incredible, unique immigrant nation.”

Iñárritu has never been shy about his support for immigrants — or his disdain for anti-immigrant rhetoric. When asked recently about the xenophobic comments of Donald Trump and other Republican presidential hopefuls, Iñárritu said he thought Trump's anti-immigrant bias was "coming from ignorance.”

Iñárritu says he pities the candidate. "To be so rich and to be so bitter — it's a poor man whose only possession is money."

As a Mexican living in the US, Iñárritu says there were a lot of themes in “The Revenant” he related to.

“It was a tough time. Slavery was, you know,normal, and obviously the prejudice, and the problem with the color of the skin, and the threat that the otherness represented was very similar to today,” Iñárritu says. “[Hugh Glass] could have easily had a family that nobody knew [about]. And I thought, what will happen if you have a mixed race kid in that time ... and to try to teach him how to survive under those races conditions of that time. And me as a Mexican living in this country and having kids too, you're navigating all the time as an outsider in some way or the other and that theme is interesting to explore.”

Historical American themes of race, prejudice, and identity weren’t the only things Iñárritu struggled with while filming “The Revenant.” The movie was shot in Calgary in the middle of winter.

“I didn't have to remind the actors, 'You pretend to be cold.’ No they were really cold,” Iñárritu says, “It's like when you go to the Arctic. You cannot expect to be warm.”