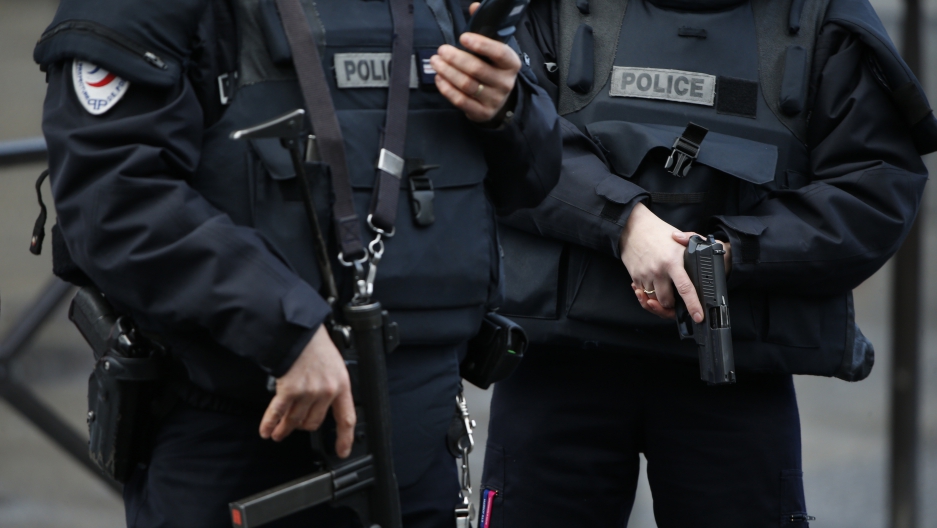 French police secure the area after a knife-wielding man was shot dead while trying to enter a police station in Paris, France on January 7, 2016. The incident took place on the anniversary of last year's deadly Islamist militant attacks on the Charlie Hebdo satirical magazine in the French capital.
Credit: Charles Platiau
Share

The Islamic State group has honed the ability to launch global attacks and is set to focus more on Europe following the Paris massacre, the chief of the EU police agency Europol said Monday.

Rob Wainwright told a news conference that "the so-called Islamic State had developed a new combat style capability to carry out a campaign of large-scale terrorist attacks on a global stage -- with a particular focus in Europe."

"So-called Islamic State has a willingness and a capability to carry out further attacks in Europe, and of course all national authorities are working to prevent that from happening," he added.

Wainwright was unveiling the findings of a new Europol report on changes in how the jihadist group operates, coinciding with the launch of the agency's new counterterrorism center in The Hague.

IS claimed responsibility for the November 13 Paris attacks in which 130 people were killed, releasing a video on Sunday purporting to show nine of the jihadists in which they threaten "coalition countries" including Britain.

A US-led coalition has been fighting IS in Iraq since August 2014, and in Syria since September that year.

"IS is preparing more terrorist attacks, including more 'Mumbai-style' attacks, to be executed in member states of the EU, and in France in particular," the Europol report said.

"The attacks will be primarily directed at soft targets, because of the impact it generates. Both the November Paris attacks and the October 2015 bombing of a Russian airliner suggest a shift in IS strategy towards going global."

IS had developed an "external action command" which was trained for "special forces-style attacks" internationally, the report said.

But the report played down fears that jihadists were smuggling themselves into Europe as part of the huge wave of refugees and migrants that the continent is dealing with, many of whom are fleeing the war in Syria.

"There is no concrete evidence that terrorist travelers systematically use the flow of refugees to enter Europe unnoticed," it said.

It warned however that many new arrivals were vulnerable to radicalization or recruitment, with evidence that extremist recruiters were specifically targeting refugee centers.

One of the main tasks of the new Europol counter-terrorism center was to collect details on the estimated 5,000 Europeans who have gone to fight with IS in Syria and Iraq, Wainwright said.

"We already have details on 3,700 fighters actively engaged in the conflict zone but that's not the full picture and it's something we will be addressing through priority work of the new center," it said.