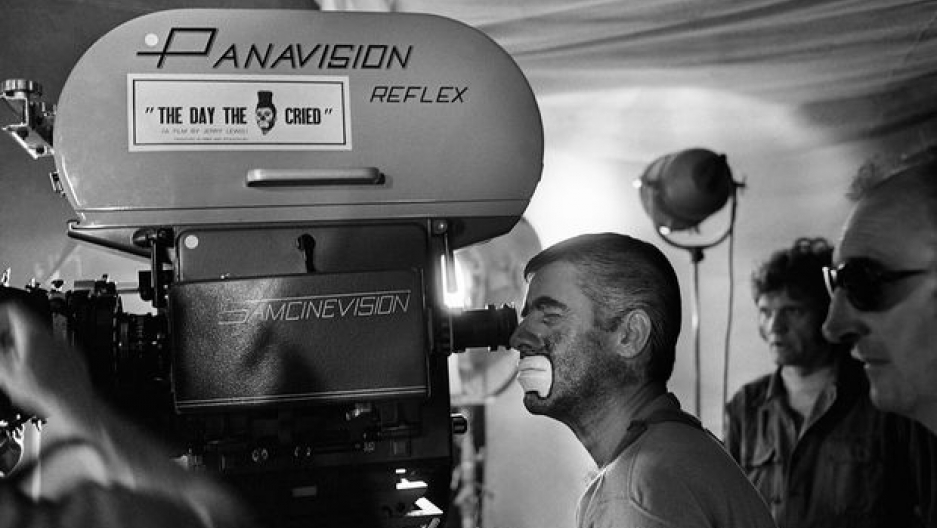 Jerry Lewis on the set of “The Day the Clown Cried,” the 1972 film he recently donated to The Library of Congress.

Jerry Lewis is best known for over-the-top comedies of the 1950s and ‘60s, like “The Nutty Professor.” But in 1972, Lewis decided to take a serious turn by directing and starring in a movie called “The Day the Clown Cried.”

In it, Lewis plays a circus clown in Nazi Germany who entertains children in a concentration camp. The film was never released, which may have been an act of mercy: Many say it is the worst film ever made.

Even Lewis himself admitted the movie was terrible.

“It was bad, bad, bad. It could have been wonderful, but I slipped up,” Lewis said.

The comedian recently donated his film archive to the Library of Congress — including a copy of “The Day the Clown Cried.” He stipulated that it not be shown to anyone for at least 10 years. To date, only a handful of people have seen it. One of them is Harry Shearer — the actor, writer, radio host, and voice of Montgomery Burns, Ned Flanders, and many other characters from “The Simpsons.”

“I think it's worse than you would be led to believe,” Shearer says, “Just by the force of your own imagination. I think that's the power at work here. It was described to me before I saw it and it exceeded my expectations in that regard.”

Shearer saw the film in the mid-1970s and says the film felt just wrong.

Lewis took a long time to say anything publicly about the film, and Shearer guesses he’s put a 10-year ban on the Library of Congress showing it to anyone because he doesn’t want to be around when people watch it.

“He had an extremely high opinion of himself as a as a filmmaker, as a director,” Shearer says. “So he had no reason in the world of Jerry Lewis to believe that he couldn't do this and ... like a lot of people in other circumstances — say certain people running for president or certain people occupying the White House — there don't seem to be a sufficient number of people around him to say the crucial words ‘Are you out of your mind, sir?’”