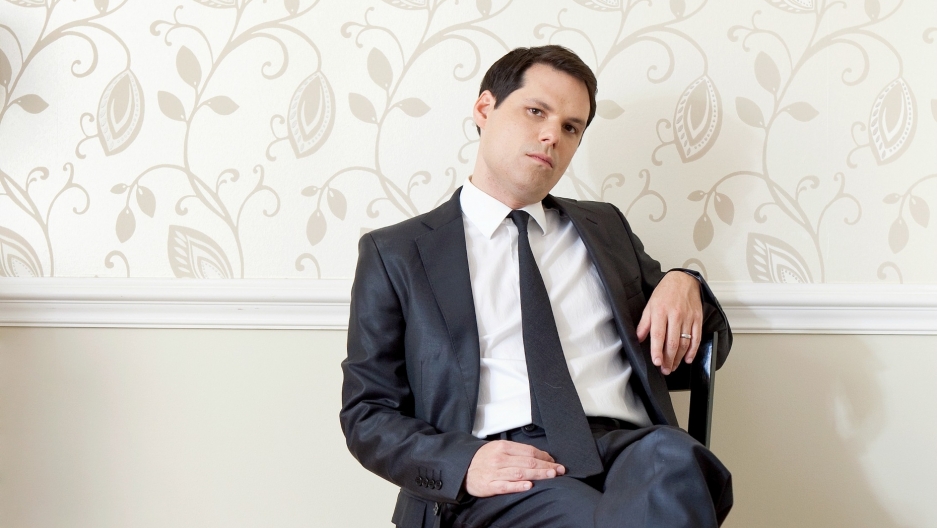 Michael Ian Blackfirst appeared on television in the early 1990s in the beloved sketch comedy group "The State."He's gone on to roles in comedy shows like "Stella,""Michael and Michael Have Issues,""Burning Love,""The Jim Gaffigan Show,"and the cult hit"Wet Hot American Summer."

While Black is known as a comedian, he's recently taken an earnest turn, hosting a podcastabout creativity and writing two collections of personal essays. His new memoir is "Navel Gazing: True Tales of Bodies Mostly Mine (But Also My Mom's Which I know Sounds Weird)."

Kurt Andersen: You've got two kids, and a few years ago I heard you give a great stand-up performance where you used your daughter in the act. She was only nine. Was that a one-time-only thing?

Michael Ian Black: Oh yeah, I don't tour with her. I thought it would be fun --- because my kids had never seen me do stand-up until that point --- to bring my daughter on stage with me and have her sit on a stool during the performance. And it was funny to see her react.

A lot of this book is about mortality and aging. Is that a subject that works better for you in this essay form than it does as part of a stand-up act?

You've recently launched a podcast called "How to Be Amazing" where you interview people you admire. You ask everyone for the worst and best pieces of advice they've received --- what are yours?

Professionally, the best advice I ever got was: "You're not on time unless you're 10 minutes early." Personally, that's terrible advice. Don't show up at a 7 o'clock party at 6:50; show up at a 7 o'clock party at 8:15. The worst advice is probably the one that all the people going into the arts get, which is: "You really need to have a backup." Get the teaching degree, or whatever it is. I've heard other people talk about this, that if you give yourself the out you'll take the out. And I was very cognizant of that. My mom was Hell-bent on me getting some kind of vocational career that I could fall back on and I just said no because I knew that's what I would end up doing.