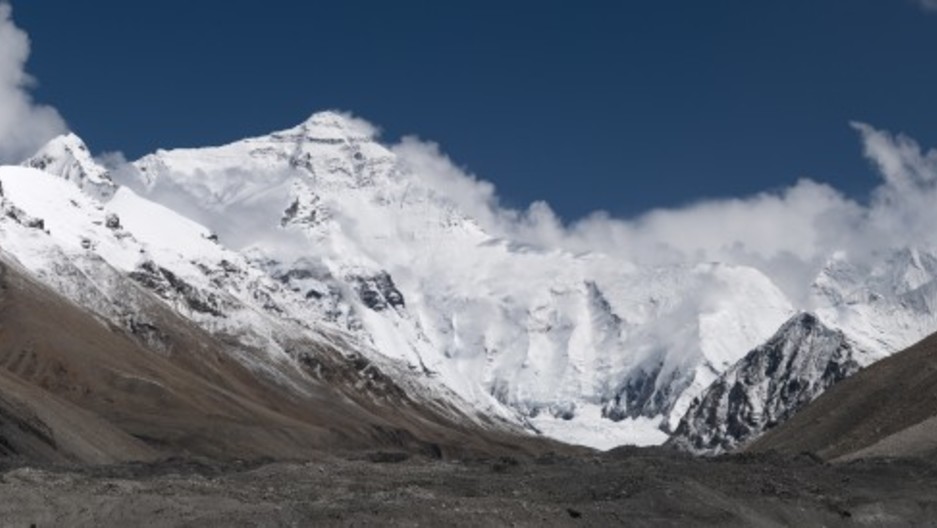 Not everything about a blockbuster needs to be budget-busting. A recent revelation concerning the film Everest suggests that the promotional poster doesn't even need to be geographically accurate.

The popular Russian news portal Tjournal.ru recently reported that the promotional poster for "Everest," a film about the true story of a climbing expedition's doomed ascent to the roof of the world, featured a photograph of Kazakhstan's Peak Chapaev — not Mount Everest.

According to the report, the photograph was taken by Alexander Zyryanov, a mountaineer and amateur photographer from Kazakhstan who told Tjournal he sold the image to Shutterstock for $62.50.

"When you live in Almaty [Kazakhstan's biggest city], it is very convenient for trips to the mountain. In the mountains it is very beautiful and those who walk in the mountains take pictures of this beauty. I'm no exception. I try to take good pictures. I even have an old reflex camera, a Nikon D70 — quite heavy, by the way. That picture was taken from a height of about 6500 meters above sea level."

And the mountain his Nikon D70 captured? Peak Chapaev in the Tien-Shan range, a break out of the greater Himalayan chain that runs across Kazakhstan, Kyrgyzstan and into China and Uzbekistan. Mount Everest is located in the Mahalangur mountain range in Nepal and Tibet.

Chapaev is somewhat less evocative than Everest, but like many mountains in central Asia, it's still rather photogenic.

After the revelation, Kazakhs took to social media with suggestions to use the image as part of a light-hearted national branding campaign — with "better than Everest" among the potential slogans.

There is gritty irony mixed in with the humor, however.

Despite scenery fit to light up the silver screen, Hollywood is in no hurry to make the region a location for a breathtaking blockbuster. Unlike Mongolia, whose name conjures a certain glamor to complement the remoteness, the ‘stans’ convey an obscurity stripped of all romance.

Vast Kazakhstan, while never chosen as a shooting location for a major English language release, has been the fictional setting for a few films, none of which have helped the government's tireless efforts to forge a positive international brand.

These include the 1997 box office hit Air Force One, where the country is found under the control of a rogue militant regime backed by stolen nuclear weapons, and a 2002 remake of the 1970s classic Rollerball, panned by one reviewer as “an incoherent mess, a jumble of footage in search of plot, meaning, rhythm and sense.”

For many popcorn-scoffers then, the country will forever be associated with be Sacha Baron-Cohen's 2006 Mockumentary "Borat," which while "about" the Central Asian country in the most offbeat and satirical sense, was actually filmed in Romania.

If you ever strike up a conversation with someone from Kazakhstan, forget you ever watched it.