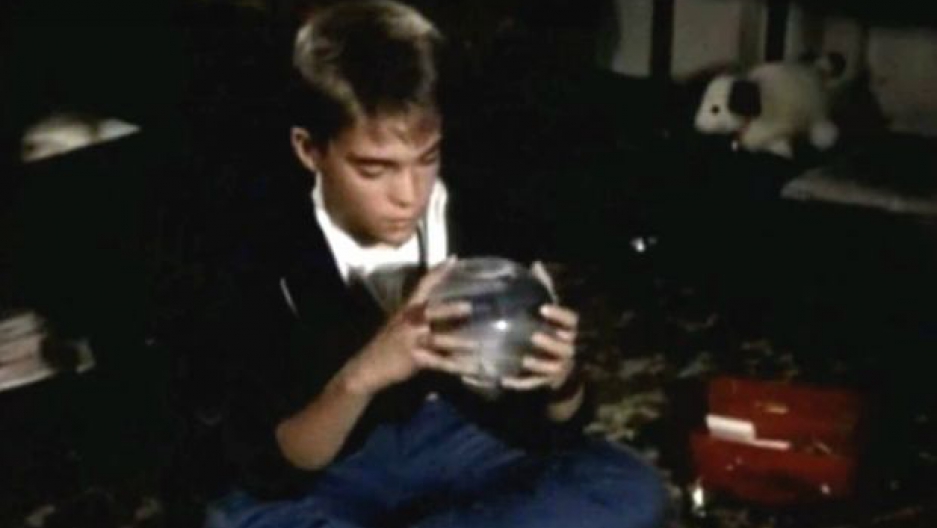 Chad Allen as Tommy Westphall in “The Last One,” the final episode of “St. Elsewhere."

When Tom Fontana was a producer on the show “St. Elsewhere” in the 1980s, he loved to push the boundaries of weirdness — at least as much as he could get away with on network TV.

One of his favorite things to do was stage crossovers between TV series, bringing characters, props and ideas from other sitcoms into his show.

“[St. Elsewhere] was always on the brink of being cancelled,” Fontana says. “Our first season, there were 100 TV shows on the air — and we were 99th in the ratings.”

St. Elsewhere, however, is critically acclaimed, and Fontana managed to keep the show on for six seasons, continuing to employ mind-bending crossover tricks with other shows.

In one of his shows, Fontana staged a crossover with “Cheers” — a sitcom, shot for that episode entirely like a drama. And in the series finale of his “St. Elsewhere” show, he pulled one of the strangest trick endings in TV history: The entire show had been a fantasy in the mind of a boy with autism, named Tommy Westphall.

“The response in the mail was about 50-50,” Fontana says. “Half of our audience hated it — like wanted to come to the MGM lot and burn us to the ground. And the other half thought it was a fitting part of the show.”

Fontana continued his love of crossovers with “Homicide: Life on the Street,” where he brought back characters from “St. Elsewhere” a dozen years after that show had gone off the air. And he found a partner in crime: Richard Belzer, who played Detective John Munch on “Homicide” and later on “Law & Order: SVU.” Belzer played Munch on as many shows as he could, from “The X-Files” to “Arrested Development” to “The Wire.”

These shenanigans didn’t go unnoticed by fans like Keith Gow, a writer in Melbourne, Australia. He wondered if every show that Tom Fontana produced or staged a crossover with could be connected back to the finale of “St. Elsewhere.” In other words, did Tommy Westphall — the kid who dreamed up the characters on “St. Elsewhere” — dream up all these other shows as well?

At a pub with his friends one night, Gow started thinking up all the ways TV shows might be connected to Tommy Westphall.

“We started sort of collating a list of shows and the further we got into it, the more connections we seemed to find,” Gow says.

People wrote in from around the world, telling him that Fontana was not the only one who was fond of crossovers. A lot of writers were fans of The X-Files and they like to incorporate the names of fake brands or companies that appeared on The X-Files into their shows. They made a grid of the Tommy Westfall universe and put it online. It spans from I Love Lucy in 1951 all the way to this year's debut of Chicago Med, covering some 419 shows — a TV multiverse strangely similar to real theories about the multiverse.

“I was stunned!” Fontana said. And he was proud. He's always thought his crossovers were more than just pranks. “What it ultimately does is it enhances the storytelling, because it frees you to go to a place where you wouldn’t normally have gone within the restrictions within your genre or TV series,” he says.