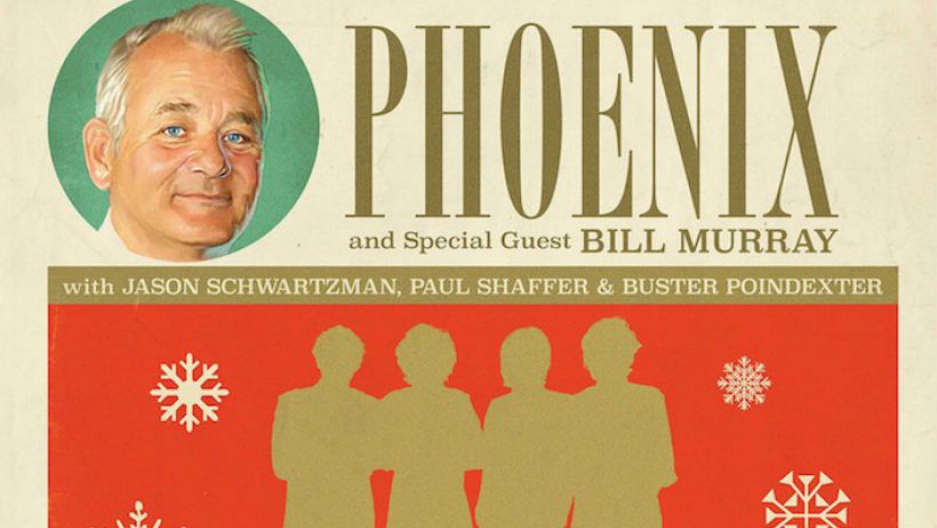 The Industrial Christmas Music Complex is a lot like Christmas itself: you're going to get some totally boring socks and sweaters, but you might end up with some unexpected and wonderfulsurprises, too.

Remember when Kate Bush confessed her undying love for thatsnowman? Or when Bob Dylan jumped the shark for the 17th time with a collection ofbizarre renditions? Or before that, when we discovered Sufjan and his pals get together every year tojam out on the season? Christmas music doesn't have to be torture!

Here's a roundup of this year's chestnuts:

New Jersey's Fetty Wap had a huge year. The rapper's calling card"Trap Queen" was infecting ears pretty much everywhere, from bodegas and subwoofers to Taylor Swift's "Look at My Famous Friends" tour. He's taking a victory lap by closing out the year with a jam called "Merry Xmas."It sounds like every other Fetty Wap song, but with the word "Christmas" peppered throughout the hook.

Maybe you heard Bill Murray and Sofia Coppola collaborated on a holiday special for Netflix? It's a fairly hot mess, but great for the legion Murray fanatics out there. There are some unarguably great moments,including a duet with George Clooney, who can't sing, and a collaboration with Phoenix, who can.