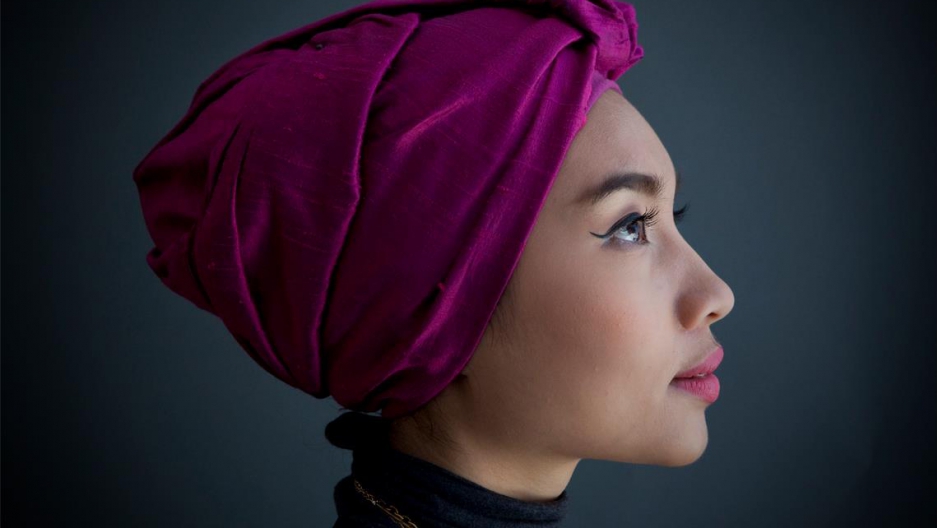 Yuna grew up in the Malaysian captial of Kuala Lumpur. Check her out a little further down on our list.

That was my first reaction last week, after I heard about Republican presidential front-runner Donald Trump's proposal for a "total and complete shutdown of Muslims entering the United States until our country's representatives can figure out what is going on."

Really though. What would my country look like if we turned Muslims away at the border? As someone who understands the world through pop culture, a few famous names came to mind.

First off, we would have to say goodbye to sports legends like Muhammad Ali, Kareem Abdul-Jabbar and Shaquille O'Neal. Malcolm X woud be absent from our history books. We wouldn't have Aziz Ansari, who was raised as a Muslim. Or Dave Chappelle.

Oh, yeah, and no Zayn Malik. Yeah, you heard me right One Direction fans.

Malik is far from the only musician we would have to listen to from afar. That list is sprawling, and includes names like Ice Cube, Busta Rhymes and Janet Jackson — among many others.

Here, then, is a guide to a few Muslim musicians based in the US (OK, and Canada, we cheated) who you should be listening to. Some may be familiar faces:

I've been listening to Yassin Alsalman nonstop since we interviewed him a few months ago. He was born in Dubai to Iraqi parents, and was raised in the United Arab Emirates and Canada.

His music — which deals a lot with the experience of being young, Arab and Muslim in a post-9/11 world — draws both hip-hop fans and peace activists alike.

Want an example? Check out the video for "P.H.A.T.W.A." which is about being racially profiled at the airport. I challenge anyone to not smile at his deadpan delivery of the line "Iraq is the new black."

This is one of those songs you listen to and realize everything is going to be okay.

Brother Ali is one of a kind. He converted to Islam when he was 15 years old growing up in Minneapolis. He speaks often about the role his faith plays in his music:

“Islam made me believe that all human beings are created with an intrinsic goodness and desire to connect with greater world," he said in a recent interview with The Islamic Monthly. "When you start there, the possibilities are endless. If the core of who I am is rooted in the same divine reality as everyone else’s basic reality, then the more I am able to penetrate and express my innermost feelings, the more that I’ll be able to connect with everyone else.”

"Take Me Home," which came out in 2007, is definitely one of his older and softer songs. Recently, he's been much more political, grappling with racial and economic inequality. I put a few of my other favorites later in the playlist, so make sure to check them out.

I discovered Yuna doing research for this piece, but she's an absolute piece of sunshine and everyone should listen to her.

She's a pretty huge Muslim feminist fashion icon back in Malaysia, where she's from. Her music is a little of everything — pop, acoustic folk and R&B. Her style has been compared to Feist and Norah Jones, among others. Plus, she's collaborating with Usher on an upcoming song to be released in February.

Okay, technically not all of the members of 'A Tribe Called Quest' are Muslim, but two of them are (Q-Tip and Ali Shaheed Muhammad) so they're on my list. Try and stop me.

Can they be a thing again already? I miss them.

Another band I discovered after we interviewed them back in July.

This Muslim punk band originally formed in Boston, and their name literally means "scoundrels." If you want to see them at their most scoundrel-ey and fun, you should watch their video for "See Something Say Something," which is a pretty hilarious takedown of Islamophobia. It's actually part of their new album, which is also really great.

If you don't know who actor and rapper Yasiin Bey is, your life is about to get a lot better.

I've been listening to him since 1997, when he was in 'Black Star' and was busy making one of my favorite albums of all time: "Mos Def & Talib Kweli are Black Star." (Seriously, listen to 'Definition." It's a little later in my playlist)

At the end of 2011, Bey changed his name from Mos Def to Yasiin Bey. In some interviews, he's explained that this was because he wanted to distance himself from materialism.

Born in Sudan, raised in Yemen and now living in Brookyln, Alsarah has definitely been gaining steam. Last year, she and her band — the Nubatones — released their first album, "Silt".

I have trouble describing their style, which I think has a lot to do with me growing up on Long Island in the 90's, instead of in North Africa in the 60's and 70's. Put simply: It's gorgeous, and their videos are also breathtakingly beautiful.

Lupe Fiasco has been around since about 2006, and boy, was I obsessed with this song when it first came out.

He's often interviewed about his experience of being a Muslim rapper, and his music often includes references to Islam, including a track later in the playlist called "Hi-Definition," which features Snoop Dogg (who converted to to Islam back in 2009, but now says he's a Rastafarian).

Omar Offendum is one of the many artists out there who has been vocal about the Arab Spring and refugee crisis. He was born in Syria but raised in Washington, DC. Today, he lives in Los Angeles.

We actually had him on the show back in May. Check out his moving performance of "Crying Shame." His music is eye-opening and will re-sensitize you to what's going on in Syria, if you let it. And that's not a coincidence.

"I think we have privilege here, and I try and recognize that as a sense of responsibility," he said. "My focus is just to remind people that beneath all the political posturing and all the conspiracy theories and all the proxy wars that are taking place, there’s very real human suffering."

You may remember this lanky Somali musician from his song "Wavin' Flag," which was chosen as Coca-Cola's anthem for the 2010 FIFA World Cup in South Africa. But he has a ton of other things going for him, too.

He was born to a Sunni Muslim family in Mogadishu, but his family fled civil war when he was 13 and now lives in Canada.

Musically, he can be pretty much anything you want. A good example of this range is the difference between "Take a Minute," which is a soulful and introspective ballad, and "In The Beginning," which is exactly like what a party in my brain would sound like.

Try to sit still during that song, I dare you. It's also later in this playlist.

I tried really hard, but I couldn't limit myself to just ten songs. And now, I want to hear from you! Let me know what you think of the full playlist, especially if you think I missed someone. Happy listening!

Sarah Moawad and our Global Nation Exchange group contributed to this report.