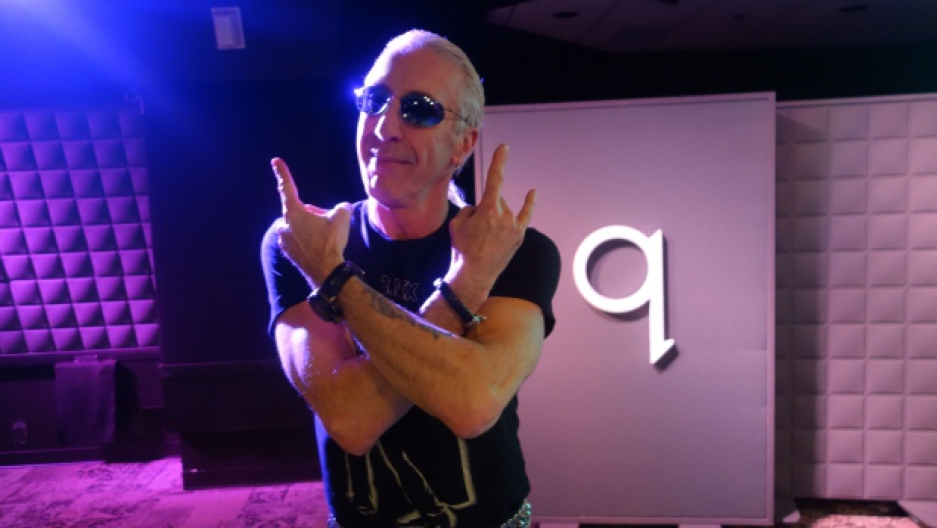 "What's going on has really got me questioning" Dee Snider's decision to let Donald Trump use his song, "We're Not Going To Take It," on the campaign trail anymore.

Hey Donald Trump, looks like Dee Snider is not gonna to take it anymore.

Several months ago, the Twisted Sister frontman gave the billionaire presidential candidate the right to use the group's anthem, "We're Not Gonna Take It," for his campaign appearances.

The two had met during Snider's appearances on Celebrity Apprentice, and later became good friends.

But Trump's latest inflammatory statements, calling for a ban on all Muslims entering the United States, has Snider rethinking allowing the use of the anthem on the campaign trail.

"I have to call Donald," said Snider to Shad, host of CBC Radio's q.

"What's going on now has me questioning allowing the song to be continued to be used. And it's very upsetting to me because I strongly don't agree with his extremist positions. I know the man's not a racist. He's a friend of mine."

Snider agreed to let Trump use the song as a favor, but said "it's not an endorsement."

"The song was about rebellion, about shaking things up, about defying authority. You [Trump] certainly do that. You and Bernie Sanders."

Snider described Trump as the kind of friend you "hang with, vacation with, party with," but you don't talk to about religion, politics or sports, "because we know that can be the end of our relationships." Previously, he'd seen Trump as a Democrat, or perhaps as a socially liberal Northeastern Republican. Snider noted that in the past, he didn't let House Majority Leader Paul Ryan, who is against abortion, use the song.

It's wouldn't have fit, said Snider, noting that the song's first words are: "We're got the right to choose it."