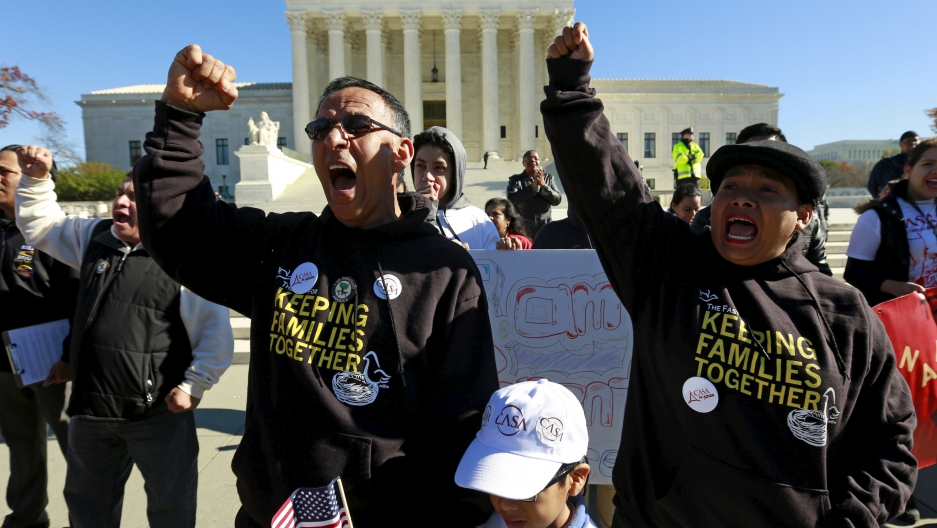 Immigrants and community leaders rally in front of the US Supreme Court to mark the one-year anniversary of President Barack Obama's executive orders on immigration in Washington, November 20, 2015.

The Obama administration suffered a major setback last month in its effort to protect millions of undocumented immigrants from deportation. But a small victory from the Supreme Court this week has renewed hope for the program.

An injunction blocking President Barack Obama's executive action on immigration was upheld in the US 5th Circuit Court of Appeals, effectively halting implementation of the program and putting into doubt whether the administration could put the plan into effect before Obama's term ends in January 2017.

The administration appealed to the Supreme Court, but 26 states in the suit asked for a 30-day extension to offer their reply. The Court has given them eight days instead, making it much more likely the case will be heard this term and a decision rendered next summer — before Obama's term ends. The Court will decide if it will take the case in January.

It's a procedural decision — explained in more detail by SCOTUSblog — but one that has renewed some hope for advocates of the program. Virgil Wiebe, law professor and director of an immigration law clinic at the University of St. Thomas School of Law in Minneapolis, says even if the program is enacted, it's no guarantee for his clients. It is discretionary, meaning it is decided on a case-by-case basis without legal recourse. 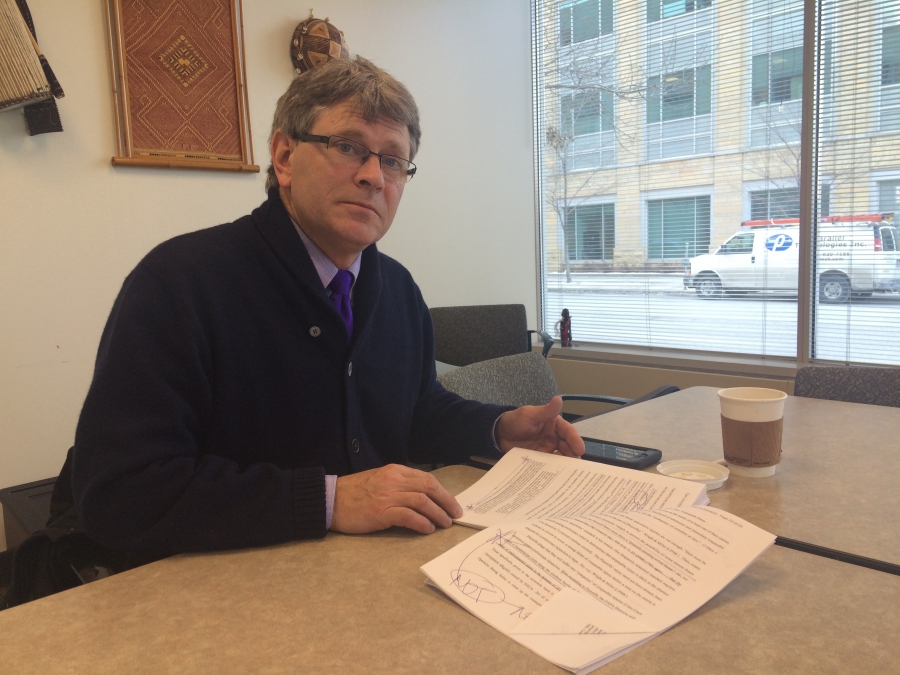 Prof. Virgil Wiebe read the 124-page decision to deny the Obama administration's appeal to end the injunction on exapansions of programs for undocumented immigrants. He says he has hope that the Supreme Court will allow the program to take effect.

"It's hard, as an advocate for individuals, to work in that discretionary area. You almost have to learn how to practice the law of mercy, rather than practicing the law of justice," says Wiebe. "There's not a whole lot else out there at this point. The chances of there being any legislative action on immigration in Congress were slim, and probably after the attacks in Paris, slim to none."

President Obama's executive actions, made more than a year ago, is an expansion of an existing program, Deferred Action for Childhood Arrivals (DACA), which provides work permits and a reprieve from deportation for undocumented immigrants who were brought to the US as children and are now under the age of 35. The executive action includes undocumented immigrants of any age who have lived in the US continuously since 2010, as well as undocumented parents of US citizens. Both programs require criminal background checks and catching up on any unpaid taxes.

Waiting for action on immigration

President Obama hits pause on his immigration plan. Now what?

What is it like to wait for action on immigration? Ask an undocumented immigrant

Wiebe has hope that the Supreme Court will take the case and rule in favor of the Obama administration. But he cautions his clients: Having a work permit can help provide stable income and prevent abuses by employers. It brings people out of the shadows. But it also gives the government your address.

If the Court takes this case, the decision will come down in the heat of a presidential race. And the program will be subject to the whims of whoever takes office next. He's not as bullish as he was when the program was first challenged in Texas, but he does think there are many people who will choose DACA or DAPA, given the option.

"It would be a tremendous relief for a lot of people. And that may build momentum for more lasting action," says Wiebe.