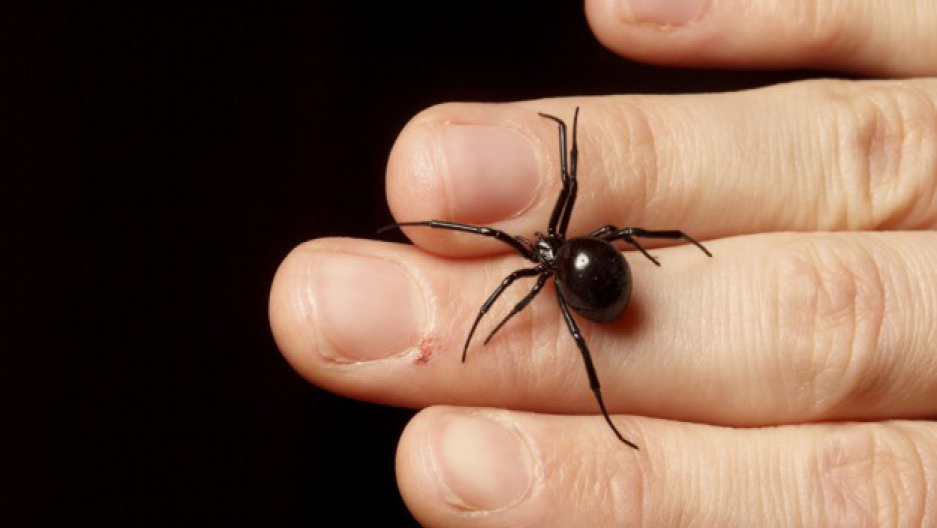 Lauren Esposito regularly milks scorpions. Catherine Scott lets black widows crawl on her. Both of these spider experts love arachnids, and they want you to love them, too.

Here are six myths about spiders they say are totally wrong, and are giving arachnids a bad rap:

“Spiders really have no interest in biting people, unlike a lot of other arthropods like mosquitos and ticks and mites that feed on human blood — that’s part of their lifestyle, that's what they do. Spiders [on the other hand] do not feed on humans. They bite insects and other spiders, not humans. Really, the only reason a spider would bite you is if you're crushing it or otherwise harassing it and it feels like it's got no other choice but to try to defend itself,” Scott says.

There are only two kinds of spiders in North America that can hurt people in a medically significant way: widow spiders, and brown recluse spiders. And if you find a black widow crawling on you? Scott says to just leave it alone and let it crawl off. Or you can use one of Scott’s spider-whisperer tricks:

“The way that I get black widows to move around is by gently brushing their hind legs with a soft paintbrush. So if you're sort of tickling them from behind, then you might be able to convince them to walk off of you.”

Myth Number 4: Spiders crawl on you when you’re sleeping

“The chances of having a spider on you are pretty low. Contrary to popular belief, spiders do not go into your bed at night to bite you or try to go into your mouth. That myth that you swallow spiders is totally false,” Scott says.

Myth Number 5: Spider venom is bad for you

Actually, according to Lauren Esposito, Curator of Arachnology at the California Academy of Sciences, spider venom is currently being studied for its medicinal properties. Spiders are even being farmed for their venom, and researchers are hoping to use it to develop new medical treatments.

“There are all kinds of venom components that are currently being researched for their therapeutic properties — everything from treating erectile dysfunction to treating drug resistant bacteria…to treating things like muscular dystrophy and Alzheimer’s,” Esposito says.

“Spiders and scorpions and other arachnids are cuddly creatures,” Esposito says, “And my evidence for that is that they take care of their young. Scorpions, for example, give birth to live young. The females become pregnant and when they give birth, the babies come out as a small baby scorpions and the mother will take them up on her back and she'll take care of them until they get big enough to to fend for themselves.”

Catherine Scott agrees: "Spiders don't deserve their their bad reputation...I think spiders are a lot more fascinating than than scary. And if you learn more about them, start watching their behaviour, their behaviour is really cool, and they're beautiful."