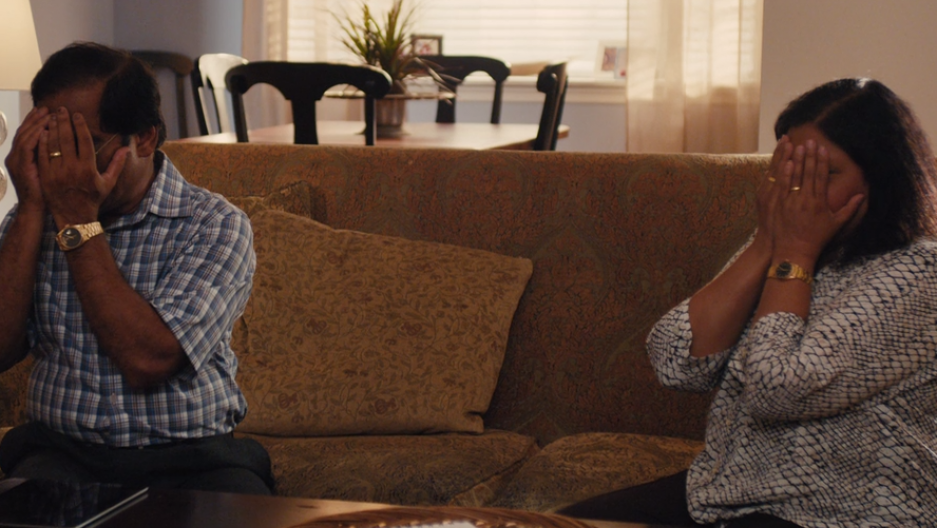 This week in "Thanks, Internet" --- Aziz Ansari's parents, the best 70's detective show that never existed, a musician finally gets his dues, and man's bestgrocery delivery service everwin the internet this week.

1.In a Nursery Far, Far Away

Maybe it's just me, but this 2-year-old girl singing "The Imperial March" in her crib when she's supposed to be taking a nap seems like she might grow up to be a Rebel, despite her early musical tastes.

My dad took off most of his vacation time for the year to act in Master of None. So I'm really relieved this all worked...

First, Aziz Ansari's parents upstaged him on his new Netflix show,Master of None. Then his dad upstaged him on The Late Show with Stephen Colbert. How did Aziz respond? With one of the most genuine and spot on ever thank yous to his folks. Aziz Ansari didn't just win the internet, he won everything this week.

Firstly, sorry for the delay in updating this! It has taken some time to tie everything up, and to cut a long story short, transferring the money from the UK to Richard in America caused some big headaches with my bank being a bit awkward! Anyway, for everyone who donated, here is Richard with his huge Gofundme cheque :)People have asked me if the campaign could be opened again, or left open indefinitely. I have spent a lot of time asking (begging!) Gofundme if they would be able to change the gofundme account I set up originally so that the money went directly to Richard, unfortunately they say that this is not possible at all. Maybe something could be setup directly to Richard's paypal or similar, I will look into it with him.As much as I would of loved to of presented him the cheque/money myself, unfortunately at the time it was not possible to get to America due to work and home commitments, hopefully one day it can happen!Once again, thank you to everyone who donated, the whole campaign became more of a success than I could ever imagine!(Click HD when you start watching the video)

Posted by The Winstons Amen Breakbeat Gesture on Tuesday, November 10, 2015

If you've turned on a radio or bought a recordin the last forty years, chances are you've heard the Amenbreak. It's a 6-second drum solo from the b-side of a 1969 recording that is one of the most sampled drumbeats in music --- it's been used by everyone from N.W.Ato Skrillex. But no member ofthe Winstons, the funk band who wrote and recorded "Amen, Brother," had ever seen a penny in royaltiesuntil a pair ofBritish DJs launcheda GoFundMe campaign to right that wrong. They raised24,000 (that's about $40,000 if you're not up on currency conversions). It took the better part of a year, and a whole bunch of red tape, but they finally successfully transferred that money to the only surviving member of the Winstons, Richard Spencer. Amen!

If this show existed, I'd have the DVD box set and it would be at the top of my Netflix queue forever.

I will be cancelling my subscription to Fresh Direct and getting myself a pair of golden retrievers STAT.