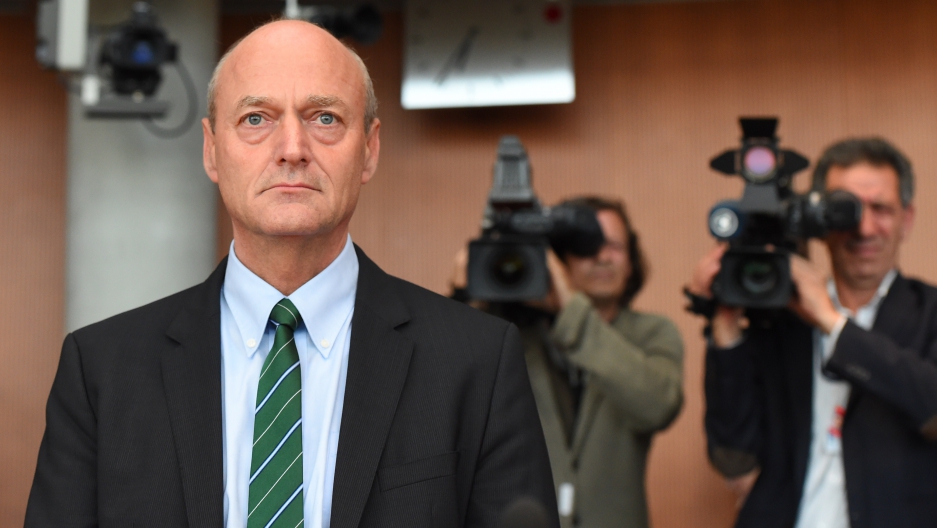 The latest news report on the BND spy service fuels a debate in Germany about state surveillance that was kicked off by the revelations of fugitive US intelligence contractor Edward Snowden.

The claims are awkward for Chancellor Angela Merkel, whose office oversees Germany's intelligence activities, after she angrily told Washington in 2013 that "spying among friends isn't on" following reports the US National Security Agency (NSA) had bugged her cellphone.

The latest report, by Berlin public radio, adds to the list of targets the BND has allegedly spied on, citing the BND's "selectors" — phone numbers, email and IP addresses — for surveillance, which has been the subject of an investigation by a parliamentary oversight panel.

According to RBB Inforadio, which did not name its sources, the service has spied on Fabius, the International Court of Justice in The Hague, the US Federal Bureau of Investigation and the United Nations bodies UNICEF and the World Health Organization.

Also on the list were "many European and American companies, including weapons makers such as Lockheed of the United States," said the report.

The list also included a German diplomat who had from 2008-11 served as head of the EU observer mission in Georgia, followed by senior EU postings in Brussels and Turkey, the report said.

German media have previously reported that the BND had spied in cooperation with the NSA on the French presidency and foreign ministry, the European Commission and other targets.

"The duties of the BND do not include political reconnaissance work against partner countries," she told reporters.

She added that BND chief Gerhard Schindler still had the "full confidence of the German government".

Foreign ministry spokesman Martin Schaefer said German diplomats as a rule took precautions against snooping but did "not expect to be spied on by the BND".

Snowden, who has lived in hiding in Russia since 2013, sparked the wider scandal when he released to journalists a trove of classified NSA documents revealing its sweeping global surveillance programme.

He faces US charges of espionage and theft of state property which could put him in jail for 30 years.