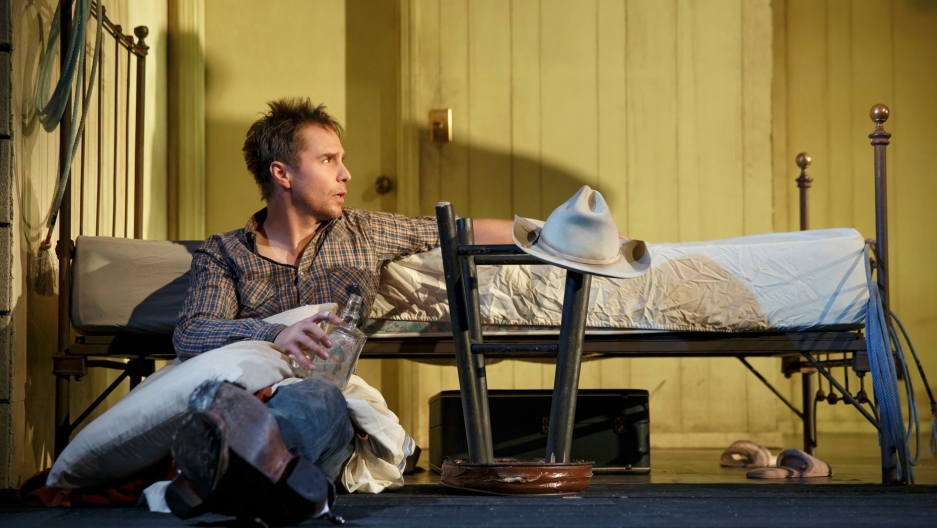 Ever since Sam Rockwellstarred as a funny, sleazy game show host in 2002's Confessions of a Dangerous Mind, he has seemed to revel in playing damaged and amusingly demented characters. This fall, he brings those qualities to Broadway in a revival of Sam Shepard's play Fool for Love. Rockwell plays a rodeo cowboy who drives 2,480 miles --- tequila and lasso in hand --- to track down his lover in a motel room somewhere in the Mojave Desert. 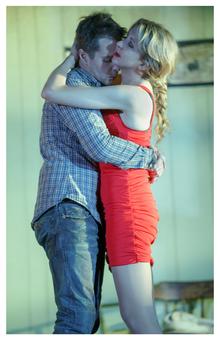 Kurt Andersen: This play [Fool for Love] is less than an hour and a half long. You [and co-star Nina Arianda] are pretty much on stage the entire time going back and forth. It looks exhausting.

Sam Rockwell: It's pretty exhausting. As soon as you wake up, you're thinking about it. You love the play, but you know you've got to go do this. There's this gorilla on your back all day.

And is that totally different than doing a movie where you just know your lines and go do them?

Doing a movie is a much more tedious process. It's bit by bit and it's longer hours. But this --- you've got one shot. I always say to young actors you have to do theater because you're not going to work those muscles in film as much. You can do a lead in a film and it's very strenuous, but this is really like you're up there and you're naked.

I read you didn't study [acting] until you were 24 years old.

That was when I started to take it seriously. I was in a performing arts school in San Francisco, but I took it sort of for granted. And then I studied with William Esper: two years of the Meisner technique. When I started training with Bill I realized, "Oh, this is a craft. This is something you have to take seriously."

You've said that film is not really an actor's medium because the director's in charge, making the choices. Is that frustrating because it's not really up to you how your performance gets shown to the audience?

Yeah, sure. I think that's why I prefer to do leads, because if a scene's cut you're still in the fucking movie. And you get more of a flow, like you would on stage. It's hard to do acting in bursts.