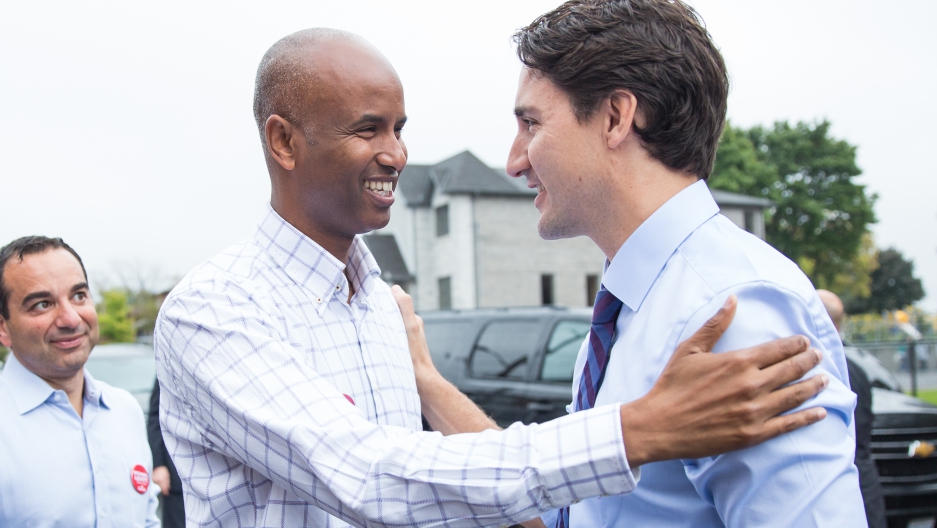 In 1993, Ahmed Hussen arrived in Canada alone, a 16-year-old refugee from Somalia. This week, the lawyer and father of two was elected to Canada's parliament, the first-ever member ever of Somali descent.

"I think it really breaks new ground," he says. "It shows that Canada is one of the greatest countries in world where you can integrate quickly into the mainstream and be all you can be."

Hussen will represent the York South-Weston, a heavily immigrant district of Toronto. Canada is home to an estimated 150,000 Somali Canadians. "For a community that's relatively new and relatively insular, I think a lot of Canadians of Somali background and a lot of young people who I've worked with see this victory as something that inspires them to achieve more."

Hussen's road to Parliament is a kind of Horatio Alger-in-Canada story. After he arrived from Somalia as a teenager, Hussen finished high school, lived with family members in public housing and worked at low-paid jobs to save money for college. He also volunteered for local politicians. That led to recommendations for paid work and eventually Hussen got a job working for a Liberal Party candidate who eventually became Premier of Ontario.  He left that to become president of the Canadian Somali Congress and community organizing. But Hussen is adamant: "I'm Canadian first, and Somali second."

If America is famously a melting pot, Canada holds to a different metaphor: a mosaic.

"Melting pot means you come and everyone just assimilates into one giant hole," says Hussen. "In Canada, we encourage folks to cherish their heritage and their culture but also try to embrace common Canadian values, such as the respect for human rights, the respect for minorities."

Like the United States, Canada is made up of people from all over the world and Hussen says the country's strength comes from that diversity.  "Unlike other countries that have been pulled apart because of differences of religion and ethnicity. Canada has somehow managed to a large extent to remain strong and united despite all these differences."

Ahmed Hussen says the Canadian-Somali community brings with it certain natural strengths. "There's a very rich history way back from Somalia of entrepreneurship, a willingness to take business risks in places that have been written off. They've brought this to Canada as well." Hussen says In Edmonton, Alberta, Canadian Somalis have revitalized entire neighborhoods, opening small businesses, restaurants and shops.

The Canadian-Somali community is not without its struggles. There's unemployment, poverty and youth violence. And Canadian officials say they've intercepted or intervened in a number of cases involving Canadian ouths set to join the Somalia-based militant organization al-Shabaab. But Hussen says the numbers are very small. "The vast majority of the community is moving forward. They're integrating. The young people are graduating from colleges and universities. They are increasingly able to access jobs and professions."