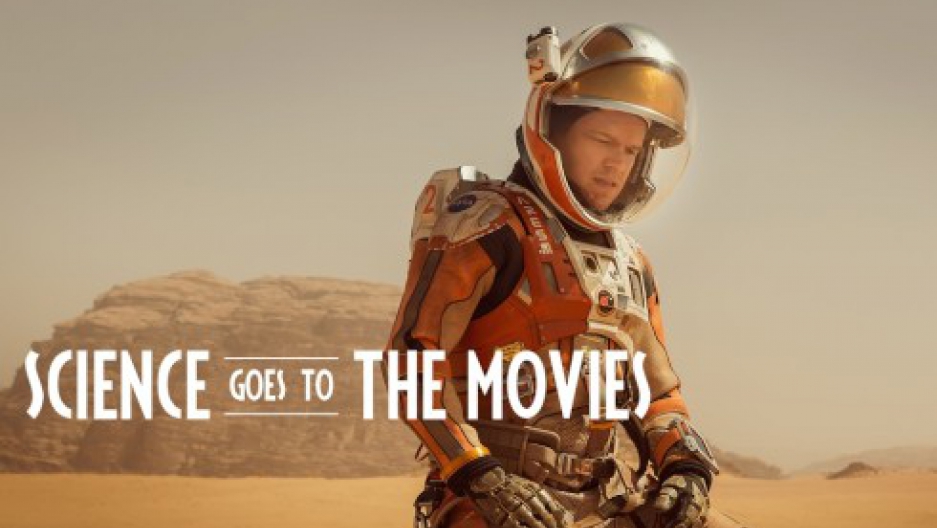 Matt Damon in The Martian.

In “The Martian,” Matt Damon stars as astronaut Mark Watney, who gets stranded alone on the red planet. The story is based on a book by the same name, in which Watney is separated from his crew and left alone on Mars when a dust storm forces them to evacuate early.

“This movie could stand on its own, even under Martian gravity,” says Don Pettit, a NASA astronaut and chemical engineer who has spent time aboard the International Space Station.

Pettit is one of many engineer fans of the new Ridley Scott film. Bobak Ferdowsi, an engineer with NASA’s Jet Propulsion Laboratory, is another fan. He watched the film in a room filled with 40 to 50 of his colleagues when JPL rented out a theater.

“I loved it, honestly. I think it's a tribute to engineering and the ingenuity of people,” Ferdowsi says. “It's all about applying science ... and Mars plays a pretty good villain in the movie.”

“I liked the way it showed how engineers think. You're always doing calculations, you're looking — particularly if you're in a frontier — you're looking at the resources you have, and the rates at which you are consuming them, and then you are doing a little bit of math in public and trying to figure out what's going to kill you first. The book showed this, the movie showed this. It's how the quintessential engineer thinks in order to stay alive in the frontier,” Pettit says.

RELATED: They are training to be the first couple to live on Mars

Both engineers, however, say they noticed a few scientific errors in the film.

“I think probably the biggest error — it kind of kicks off the movie so it's not a spoiler — it’s the dust storm that's about to tip over their ascent vehicle,” says Ferdowsi, “The wind forces on Mars, they're just not that big. The speeds get pretty high, but just because the atmospheric density is so low, it doesn't do much. So it’s kind of, you know, the difference would be like a linebacker running at me versus a small kitten running at me at full speed.”

A bigger threat than wind storms, according to Ferdowsi, would be radiation.

“Radiation it's the one thing that's not talked about a lot in the movie and it's a real challenge for the human missions to Mars. It's even a challenge for our robotic missions. Radiation can upset computers and cause resets and cause memory damage and things like that,” says Ferdowsi. “We see that damage over time on our missions too so, you know, you could have a kind of a a solar flare or something ... you know X-ray radiation heading towards Mars and they would've had to evacuate similarly.”

Still, Ferdowsi says the film gets a lot of scientific, engeineering, and technical details right. In fact, many of the technologies referenced in the film and book already exist. Things such as ion thrust, and details of the transfer vehicle.

“NASA has a plan to basically put people on Mars in the 2030s. There’s a couple of architectures kind of floating out there, but they all involve incremental steps of developing technologies. In fact, you see a lot of the technologies in the movie. You see the Hermes spacecraft, the transfer spacecraft between Mars and Earth kind of looks like the space station in bits and pieces. They use ion thrust, which we definitely use on a robotic missions,” Ferdowsi says.

In addition to getting the science right, Pettit says “The Martian” is just an overall good story.

“I don't think you should get hung up on any of the incorrect geeky details that you might happen to see. It's a wonderful story. You need to sit back and enjoy the story,” Pettit says, “It's a wholesome story about humans working together as a techno team both on and off the planet to explore a frontier…I loved it from that point of view.”