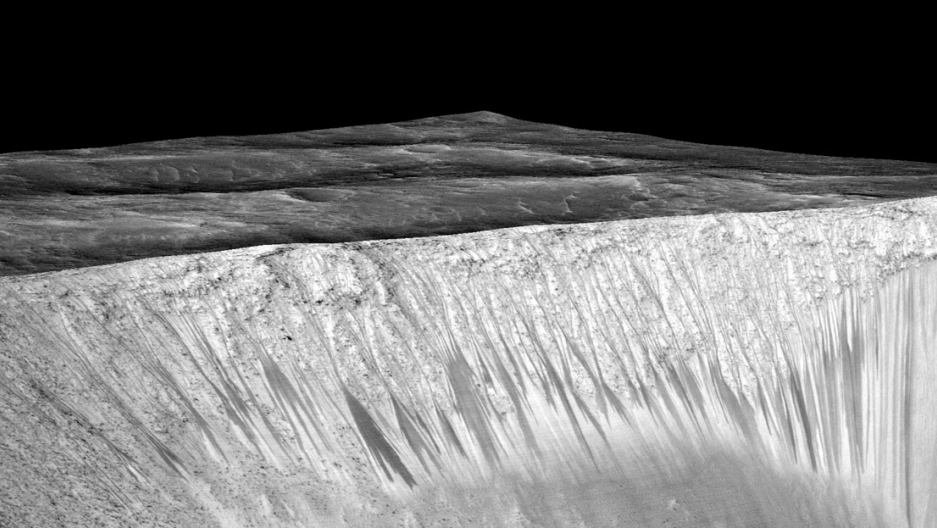 The dark, narrow streaks flowing downhill on Mars at sites such as this portion of the Garni Crater are inferred to be formed by seasonal flow of water on modern-day Mars.

The news this week that NASA has detected flowing water on the surface of Mars hit especially close to home for one couple. After all, they plan to live there some day.

"I've never doubted that I was going to Mars," said R. Daniel Golden, a 15-year veteran of the US Army, trained in telecommunications, who is currently studying engineering at the University of Massachusetts Lowell.

It's an adventure they believe they're already on — with Mars One. Here’s how it’s described in a promotional video:

Mars One will establish human settlement on Mars in 2023. In that year, the first group of four humans will land on Mars. Every two years after that another group will join the settlement.

A nonprofit foundation based in the Netherlands, Mars One has the audacious goal of colonizing Mars. Rodriguez and Golden are on the short list of 100 final candidates for the mission, 24 of whom will earn one-way tickets to the Red Planet.

"It was just the most exciting email I’ve ever gotten [when I found out I was on the short list]," Rodriguez said. "I had to remind myself to breathe," added Golden.

A rendering of part of a space settlement on Mars.

If you think this all sounds like a pipe dream, you’re not alone. Serious questions about everything from ethics to funding remain. And everyone from former astronauts to MIT students have called into question the feasibility of the mission.

One former Mars One finalist took the criticism a step further, implying the whole endeavor is something of a scam, and that final candidates were selected largely based on their donations to the organization.

Rodriguez and Golden don’t see it that way. They both paid a $38 application fee, and beyond that have made only minor financial contributions to Mars One. Golden explains that the $10 he donates each month is similar to what he gives to other nonprofit causes he supports. 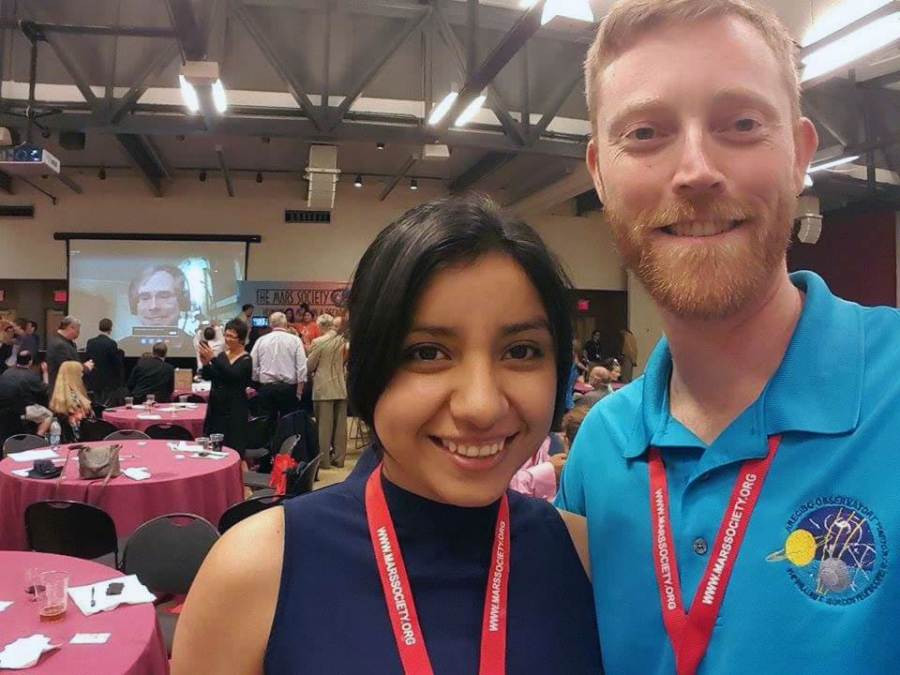 Despite the criticism, Rodriguez and Golden remain undeterred. They’re focused on selection rounds three and four, slated to take place next year at “Simulation Outpost Alpha,” as it’s been dubbed — a remote, yet-to-be-determined location.

Here the final 100 will be evaluated, tested, and whittled down to 24 for the mission — 12 men and 12 women. The 24 will train, full-time, in 4 person teams, for 10 years. If all goes according to plan, it will be around this time next year that Rodriguez and Golden will find out whether or not they will spend the next decade of their lives in training. So how are they feeling?

In the meantime, Rodriguez and Golden go about their lives, and with their status as Mars One finalists, spreading the word not just about the mission, but about the science of Mars, the technology of space travel, and the spirit of exploration.

"I feel like right now I have a voice, where I can go and talk to children and they listen to me because I am this person who will be on Mars one day," Rodriguez said. "And it inspires them to learn more. It inspires them to become scientists and engineers."

As for the big question: Why do they want to do this? Quite simply, they believe in it.

"It’s definitely like a dream job, just being a part of the experiment," Rodriguez said.

"This is the first step for making humanity a spacefaring civilization," said Golden.

So, will they someday step foot on Mars?

And even if they never set foot on a launching pad, let alone the Red Planet, the experience has already altered the trajectory of these would-be explorers’ lives, forever. Before Mars One, they weren’t even in the same orbit and now, well:

"Because of Mars One we met, we fell in love, we live together," Golden said. "We’re planning on being together forever, regardless.”

On Earth or on Mars?

“On Mars of course," Rodriguez said.

Say what you will, but you can’t say these two aren’t shooting for the stars.