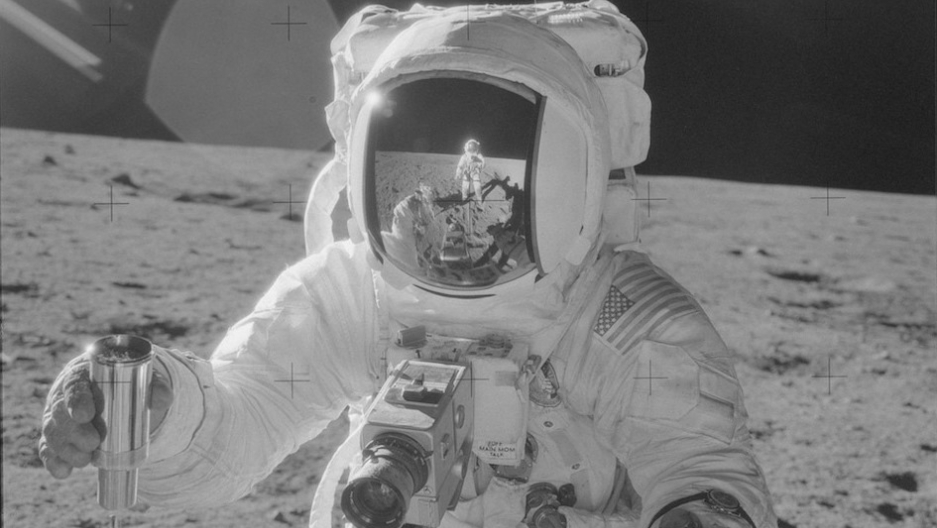 This week in "Thanks, Internet" --- NASA releasesall the moon photos, a director nails hisintroduction, the best thing to ever happen in a football game, and good citizen Tom Hanks win the internet this week.

1.The Ecstasy of Influence

When Frenchfilmmaker William Labourywas asked to supplya short introduction video for a film festival, he let his idols do the talkingand turned it into a mashup masterpiece.

This is the best thing we've seen on a football field since Friday Night Lights. Sometimes when the right song comes on you just have to dance ---even if it's in the middle of your game.

3.Fly Me to the Moon

NASA just released the best collection oftravel photosever: snapshotstaken by astronauts on every Apollo mission to the moon. NASA gave each crew member achest-mounted Hasselblad camera and asked them to photograph their experience. And while there are a lot of breathtaking shots ofthe moon, stars, Earth, and all that, there are also a ton of shots proving astronauts are just like us --- they take pictures of their food, they take photos of each other takingphotos, they sneak shotsof each other sleeping. Thanks to Project Apollo Archive, you can see all8,400 of those photos to Flickr.

Remember the early days of the internet when sites were constantly apologizing for being "under construction"? Well, a team of self-described internet warriors are hard at work preserving all those obnoxious graphics. Turns out, if you put a lot of low-quality, annoying GIFs together it turns into something absolutely wonderful.

Lauren! I found your Student ID in the park. If you still need it my office will get to you. Hanx. pic.twitter.com/Ee9kK4V4qf