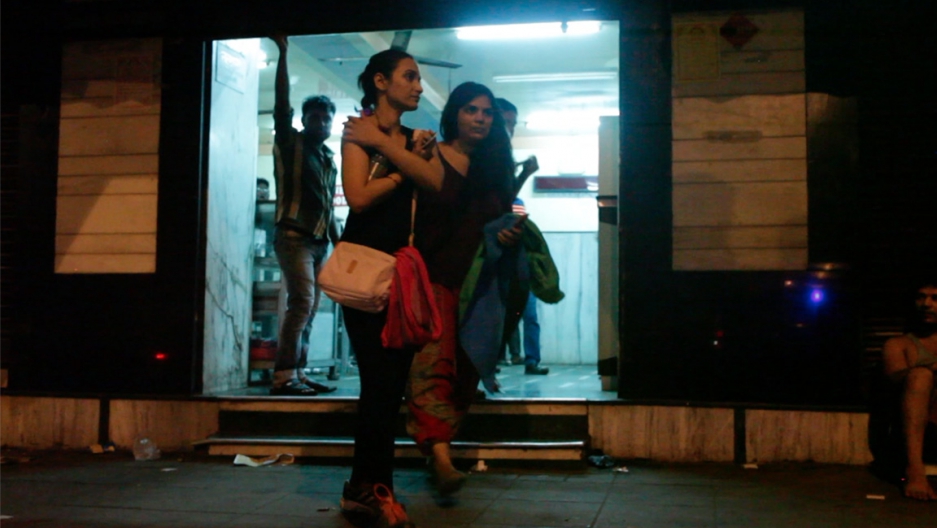 For women in India, walking on India's streets at night is risky. But many say imposed curfews aren't the answer.

For my first year in college, in Darjeeling, eastern India, I lived in a girls’ hostel on campus. If I remember correctly, our curfew was at 6 pm.

We could stay out late occasionally, but only with prior permission from the hostel warden and a letter from our parents. Such curfews are common in almost every residential facility for girls and women across India. Boys and men’s accommodations though have later curfew and far fewer restrictions.

At the time, my college friends and I never thought to protest against this. As annoying as the rules were, we accepted them because to some extent we must have felt safer locked up indoors than being outdoors after dark.

But now, women here in New Delhi are pushing back. They have started a campaign called “Pinjra Tod,” or “Break the Cage,” arguing that keeping women locked up is not the answer to keeping them safe from assaults.

Women around the country have been voicing their concerns about this issue for a few years. But this recent campaign sprung up when the prominent Jamia Millia university here in New Delhi announced last month that it would no longer allow its women residents to stay out till 10 pm twice a month anymore. (The regular curfew for women at this university is 8 pm.)

Someone started a Facebook page and young women on college and university campuses across the city began sharing their stories and experiences with the curfew, and voicing how restrictive and sexist these rules are. Through social media and word of mouth, the movement gained momentum and now they have petitioned the Delhi Commission for Women, a government body that addresses women’s issues, to lift these rules because they are discriminatory.

Let me explain why. The curfews for women stem from a cultural understanding that women are meant to be protected. When a girl is born, she’s under the protection of her father and brother. When she’s married, she’s protected by her husband. She cannot go anywhere, especially at night without the protection of a male relative. And so people assume that when a woman moves to a different place for work or education, she must be protected by the institution where she will live. That can be a residential facility on a college campus or a private accommodation for women. All these places severely restrict a woman’s movements and they say they do it because they want to protect women from sexual assaults.

However, the vast majority of assaults on women around the world happen in private spaces, including people’s homes, and the perpetrators are often known to the victims. Yet, the public conversation here in India about women’s safety does not take that into account. Educational institutions are still reluctant to take actions to stop sexual harassment on campus. And when a woman is attacked, more often that not, the institution and society in general questions the victim rather than the perpetrator. "Why were you there? What were you doing that late? What were you wearing?" The assumption is that the victim must have "asked for it."

Back in my college days, if a female student ever broke curfew, or if she repeatedly asked for permission to stay out late, not only was she yelled at by the warden, sometimes threatened with expulsion, but the warden would assume she was sleeping around. Why else would a respectable girl want to stay out this late?

Even in Delhi, too, the results of breaking a curfew are similar. And the curfews can be so strict that some wardens don’t even let women inside even if the women are a few minutes late. I heard stories about women staying out all night, in the open, because they were late by 10 or 15 minutes, which arguably puts her at risk of being attacked.

That’s why the Pinjra Tod women argue that the curfews aren’t really about women’s safety. They're about moral policing. Shilpa Phadke, who's a media and cultural studies expert at the Tata Institute of Social Sciences in Mumbai, agrees. She says the need to keep women locked up behind closed doors stems also from a cultural anxiety, “not that they will be assaulted, but that they will consent and fall in love with the wrong kind of man.”

This is especially true in northern India, where one hears about honor killings and families disowning their daughters for falling in love with, or marrying, the "wrong" kind of man. "Wrong" can mean someone from the wrong religion, wrong region, and especially wrong caste.

Phadke is the author of 2011 book Why Loiter, where she argues for the right of women to loiter, to hang out in public spaces. Her book has spurred a grass-roots Why Loiter movement, where women in Mumbai and other cities get together and hang out in public spaces, sometimes even late at night. I accompanied a group in Mumbai on their recent mid-night stroll through the city. You can listen to that radio story here.

Ultimately, the Why Loiter and Pinjra Tod movements are sister movements, fighting for the same thing: women’s right to take risks, and step out more into public spaces. They are fighting for freedom of movement and a life without the fear of sexual assaults, and even more importantly, the fear of victim-blaming.