Don’t stay out after dark. Avoid empty streets, and never loiter around on the streets or in parks. Don’t invite trouble!

These are the messages that every Indian girl hears growing up. Hanging out in public spaces, just for fun — or “loitering,” as we call it in India — is something we don’t even consider doing. We Indian girls and women are conditioned to expect harassment and sexual assault every time we step outside our homes.

Now a group of young women in Mumbai are trying to change that. They think we should be able to hang out in public spaces with no apparent reason, but simply because we want to. Just like all the boys and men who loiter, sometimes doing nothing but staring at passersby (often women), or chit-chatting, catching up with friends, and having fun being outside. The group of women are part of a small but growing movement called “Why Loiter.” They meet often to deliberately loiter, to wander the city by foot, tweeting pictures with the #WhyLoiter hashtag as they explore their city.

One night, I joined three of these women on one of their midnight walks, which they do once a month. I met up with Neha Singh, Archana Patel Nandi and Mansi Jhingran in Dadar, a large, middle class neighborhood in Mumbai that is home to some of the city’s most conservative communities.

Patel Nandi, who was born and raised in Mumbai, tells me that in the daytime, there are many women out and about in Dadar, shopping for clothes. But once the shops close about 7:30 p.m., they disappear. They return to the safety of their homes.

“Women have to constantly negotiate their recreational time outside in the guise of a purpose,” says Singh. 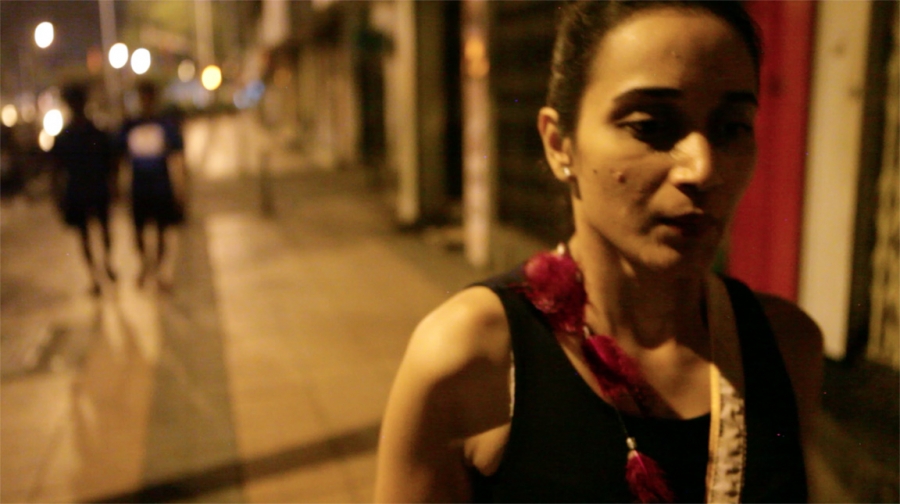 Mansi Jhingran walks with friends in Mumbai around midnight to assert her right to public spaces.

“So you just can’t be exploring the city by foot, or hanging out at a park, just enjoying the sun or whatever?” I ask.

“No!” Singh exclaims. “If you’re in park, you have to be in your jogging clothes or sneakers, jogging — or exercising or doing yoga. You can’t just be lazing around.”

The “Why Loiter” movement all started with a book of the same name published a few years ago. The authors spent three years studying the complex societal restrictions on women in public space in India, and they found the pressure on women to stay “safe” at home is not what it seems, here or in most countries.

“Research across the world suggests that women's homes are the most unsafe places for them,” says Shilpa Phadke, one of the authors of “Why Loiter?” and a media and cultural studies expert at the Tata Institute of Social Sciences here in Mumbai. “The largest percent of assaults, sexual and other kinds of assaults, against women take place in the private space of the home and [are] committed by people known to them. But we never tell people, ‘Don't go home.’ In fact, we urge them to be in this space.”

Recent headlines about rape and sexual assault suggest otherwise. But crime statistics show that in fact men are attacked more often in public than women, says Phadke. And yet, no one in India tells men to stay at home.

“The city can be aggressive, and it’s not a welcoming space for anybody,” she says. Cities are often quite aggressive towards minorities, especially toward poor men, who are often the target of violence by police. Middle class women, she says, actually have greater privilege in Indian cities than these poor men.

Indeed, for the first hour of walking through Mumbai with these women, we don’t draw more than curious stares from passersby, who are mostly men. But a group of young women walking out so late is clearly unusual. Soon, cabs and auto rickshaws passing us by slow down when they see us. They drive alongside us for several minutes, hoping we will hop in. Eventually, the drivers move away, looking puzzled. A couple of guys on a motorcycle shout “I love you!” at us us as they zip by. 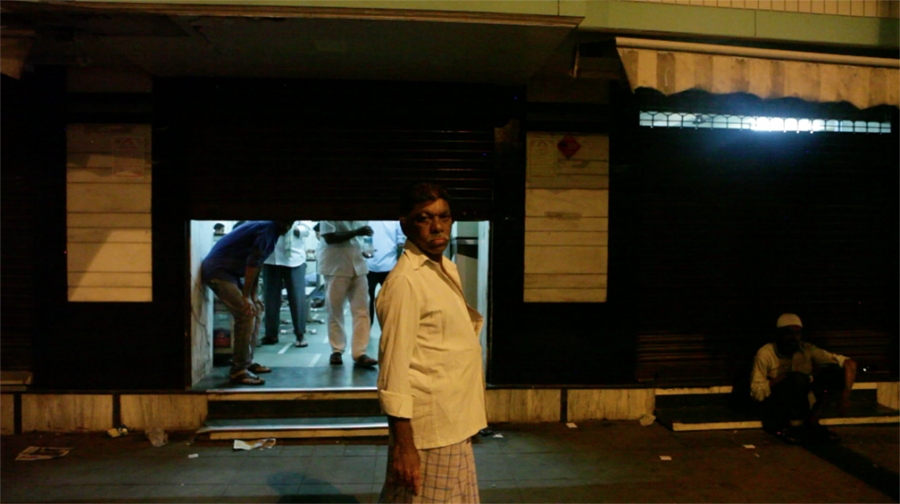 Many men dominate the streets in India late at night, making women feel unsafe and unwelcome.

Later as we walk along a big, busy road, things get creepier in the blink of an eye.

An expensive looking car pulls up to our right. The driver is tall, with shoulder length hair. He looks well-to-do. He winks and grins at us, motions us to hop in. We look away, and he drives off. But a few minutes later, a cab pulls up ahead of us and a young man gets out. He turns his back to the cab, right on one side of the road, and stares at us. He also clearly thinks we’re looking for action. When we walk by in silence, ignoring him, he gets back into the cab and leaves. By now, I’m a little shaken.

Then we bump into a friendly policeman on a quieter street as we are about to climb up some stairs to an overhead walkway. He seems concerned for our safety. “You can go up there,” he warns us, “but you could be attacked. There are drunk people and drug addicts lurking up there. You could have your stuff stolen.”

Eventually he lets us go after we assure him that we will just sit at the top of the stairs, where he can see us and protect us if we’re attacked.

Exhausted and a bit rattled by the recent encounters, I can’t help wondering what we’re accomplishing this late at night. What if something bad does happen? We’d blame ourselves. But that’s exactly the kind of thinking these #WhyLoiter activists want to change.

Patel Nandi reminds me we’re in a culture that usually questions victims — the women who are attacked — and not the men who attack them.

She’s right. In fact, we women have internalized this so much, that we live in constant fear, and a sense of unease follows us as we’re out and about. But these “loitering” sessions have changed the women with me in a profound way. 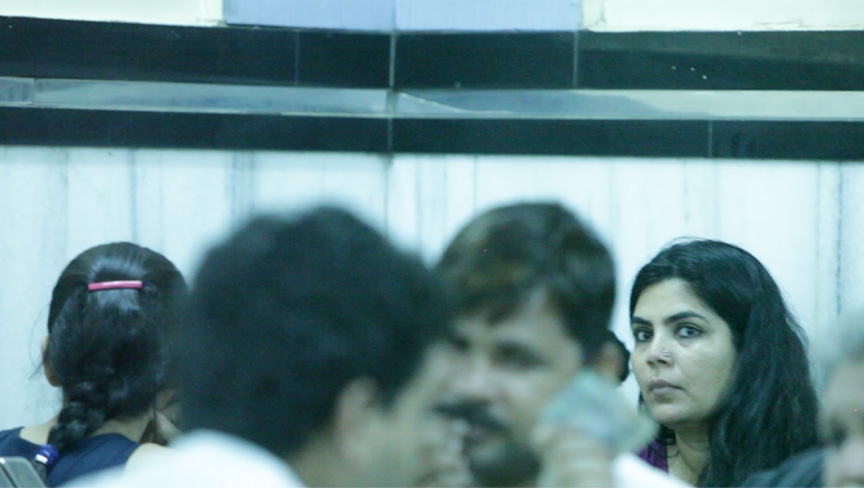 Archana Patel eats at a restaurant with other women in the #whyloiter campaign late at night in Mumbai.

“And he was constantly looking at us, trying to catch our attention,” she says. She stayed calm, took out her phone camera and started videotaping the man. “That completely threw him off whatever he was doing, and he ran for his life.”

She says she kept her cool because she no longer blames herself for anything that a man does.

That’s the change she wants to see in all girls and women in India: she wants them to stop living in fear — to explore the world around them and have the confidence to deal with all kinds of situations.

Not only will this make women be visible in public spaces, she says, it will also force society to change how it treats them.

“People will start looking at women not as possessions or property that need to be kept at home and preserved or safeguarded, but as fellow human beings that have equal right to public spaces as men do,” says Singh.

It may take a while for that change to come around, but for now the idea of “loitering” deliberately has already caught on among women around the country, and even in neighboring Pakistan. (Check out ‘Girls at Dhabas’ online, where women and girls in Pakistan hang out in ‘dhabas,’ which are small restaurants along highways mostly used by truckers.) I too plan to stake my claim to the streets and parks of New Delhi, where I live, and I hope I can convince my girlfriends to join me.