Jas Charanjiva is one of the central figures at a graphics art collaborative in the Bandra section of Mumbai. It’s called Kulture Shop, and it is a destination for the designs and work of artists here and across the Indian diaspora.

Jas spent her life abroad with her parents — Toronto, San Francisco, Los Angeles — before moving to Mumbai seven years ago. There was a lot to get used to, even though she was steeped in her parents’ culture.  One of the toughest parts was how women are treated.

And then the Delhi gang rape and murder happened in 2012.

As an artist, Charanjiva went to work.

“I decided to create an Indian woman wearing traditional jewelry, but then having a modern element and in her attitude with the brass knuckles she is wearing,” she explains.

Charanjiva titled the work “Don’t Mess With Me,” and a lot of people have connected with it. A Muslim rapper by the name of Sofia Ashraf rocks the design on a T-shirt when she takes to the stage. So does the playwright Poorna Jagannathan, who produced the play “Nirbhaya” about the Delhi gang-rape, and her friend, the sitarist Anoushka Shankar. The entire Across Women's Lives production team is bringing them back from India. 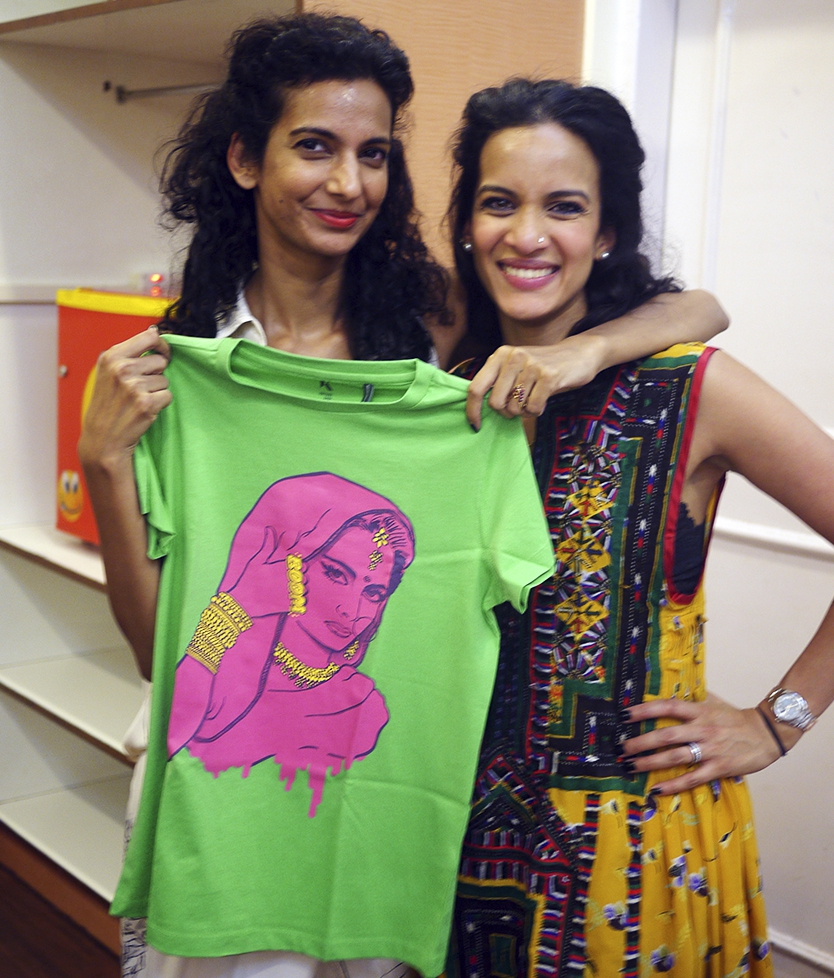 Anouska Shankar showing a Don't Mess With Me t-shirt

Charanjiva has even been commissioned to paint the image on a wall in the slum of Dharavi.

Don't Mess With Me mural in Dharavi slum

It’s not hard to understand why the image has gone viral, she says.

“It’s really just all of us, when we are on a bus and you witness something happening, everyone needs to throw that guy off the bus and, you know, take him to the police station, because no-one is going to stop until then. And women try to stop them on the bus, [men] just laugh," Charanjiva explains. "They think it’s really funny that [a woman] is trying to fight back because not enough of us fight back. So, BOOM!”