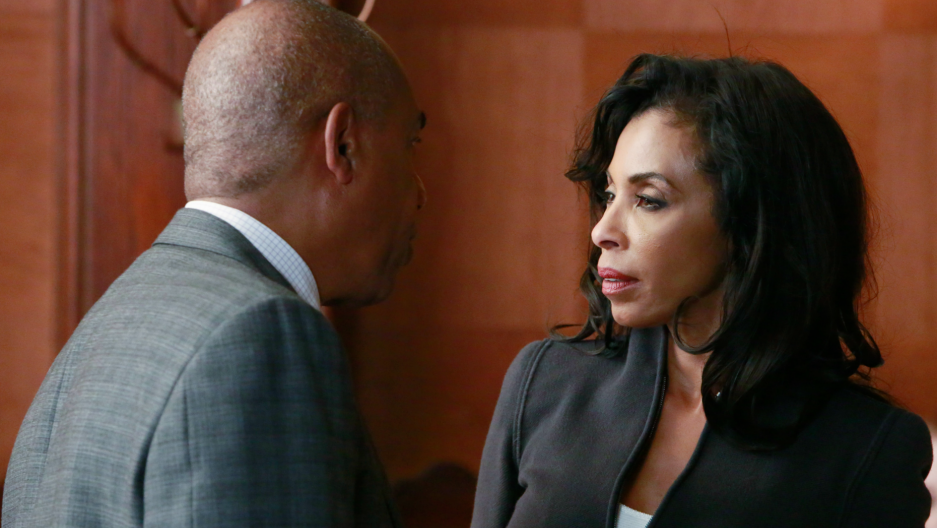 This weekend is the 67th annual Emmy Awards. They're meant to honor the best in television. Sometimes they get it right and sometimes they get it totally wrong. But the Emmys are at their best when they recognize shows and people who are breaking new ground, which is one of the reasons we're looking forward to watching this weekend. Here is a roundup of our conversations with some of the nominees. 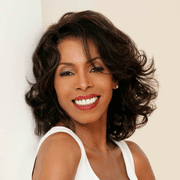 Guest Actress, Drama
Khandi Alexander has made a career of bringing hard, funny, complicated women to life. OnCSI:Miamishe played a pathologist who used to talk to the dead bodies she was cutting up. InTremeshe played LaDonna, a tough-as-nails bar owner trying to make it in New Orleans after Katrina. And right now inScandalshe's Maya Pope, the devious mother of Kerry Washington's Olivia Pope. She talks with guest host Hilton Alsabout her early career as a dancer, and her delight at the broader range of roles available to black women now. 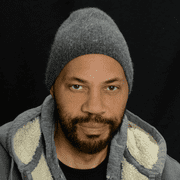 Outstanding Limited Series, Writing for a Limited Series, Movie or Dramatic Special
Ridley has had an incredibly varied career: he's writtennovels, sitcoms likeThe Fresh Prince of Bel-Air,and movies likeUndercover BrotherandRed Tails,about the Tuskegee Airmen; he wrote and directed a Jimi Hendrix biopic,Jimi;and last year, he won an Oscar for the screenplay of12 Years a Slave.Although Ridley has become famous for writing about the country's most intractable problems, he got his start writing for sitcoms and doing stand-up comedy. But he says he probably won't go back. "Comedy is really, really, really hard," he says. "Even though I started with standup, if I do a comedy now, people would say, 'Oh,12 Years a Slaveguy wants to try to be funny?'" 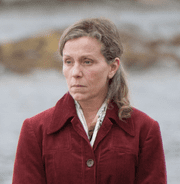 Outstanding Limited Series, Lead Actress, Limited Series or Movie
When Frances McDormand was going around as a recent drama school graduate, a casting director told her, "You would make a great pioneer woman, but no one is making Westerns anymore." Her advice was tough: put on some makeup and learn to walk in heels. But for 30 years, McDormand has found the complex, strong, quirky women she was meant to play, in movies likeFargo,Raising Arizona, andLaurel Canyon.McDormand is nominated for her work in theminiseriesOlive Kitteridge, based on the Pulitzer Prize-winningnovelby Elizabeth Strout. It's about the people in a small town on the coast of Maine. McDormand's Olive is a wife, mother, and math teacher; she ages from 45 to 70 in the course of the series. She's not always the easiest character to like. "Olive is too smart for her own good" in the wrong place, McDormand tells Kurt Andersen. 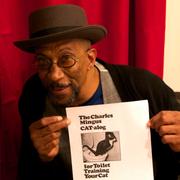 Guest Actor, Drama
Reg E. Cathey has been nominated for his turn on Netflix's House of Cards,but he also made an appearance in one of Studio 360's favorite stories fromthe past year, reading a unique relic from Charles Mingus' past. The jazz musician was a celebrated band leader and one of the most important composers of his generation. But at the same time he was recordingThe Greatest Jazz Concert Everwith Dizzy Gillespie and Charlie Parker, he was working on another masterpiece of sorts. He figured out how to get his cat, Nightlife, to poop in a toilet --- and he decided he'd share his method with the world. We asked Cathey to read us theCAT-alog, and he turned in an especially memorable performance: 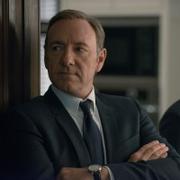 Lead Actor, Drama
Francis Underwood is a scheming politician who lets nobody stand in the way of his rise to power. He's brilliantly played inHouse of Cardsby Kevin Spacey. Underwood's literary precedent is a British king, Richard III, Shakespeare's archetype of the amoral climber. Starting in 2011, Spacey played Richard in a globe-trotting production directed by Oscar-winner Sam Mendes. Both Richard and Underwood are ruthless tacticians, and both break the fourth wall to brag to viewers about their machinations. According to Spacey, that's not a coincidence. 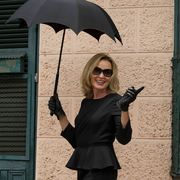 Lead Actress, Limited Series or Movie
The Oscar-winning actress Jessica Lange started her career as the ultimate ingnue --- the beautiful helpless blonde inKing Kong, then the sweet soap opera actress inTootsie. Since then her roles seem to have gotten steadily darker: from the troubled actress Frances Farmer to Big Edie in the HBO movieGrey Gardens. "The rational and the reasonable, that stuff doesn't interest me as much as the emotional frailty or borderline madness," she says. Now she's leading the cast of the FX seriesAmerican Horror Story. Each season is like a miniseries, with a new set of characters and story lines that mix drama, camp, and the supernatural. Lange has starred in all four seasons of the show. "It's kind of the perfect world because you have twelve episodes, so you have twelve hours to establish a character and investigate it," she tells Kurt Andersen. "You've had more time than you would have had in a regular film but you're not compelled to try to keep this character interesting year after year." 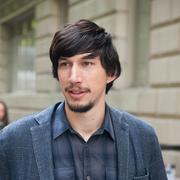 Supporting Actor, Comedy
Think of Adam Driver as a Marlon Brando for millennials. Masculine, but angsty and vulnerable, with an uncanny ability to steal a scene. Driver plays the on-again, off-again, often-shirtless boyfriend to Lena Dunham's main character in the acclaimed television showGirls. But before the series even premiered, Driver had already booked supporting roles in Clint Eastwood'sJ. Edgar, Steven Spielberg'sLincoln, and the 2013film from Joel and EthanCoen,Inside Llewyn Davis. "I don't know how to process it," he tells Kurt Andersen. 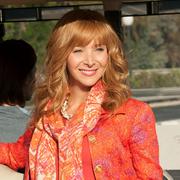 Lead Actress, Comedy
Lisa Kudrow is best known for playing the sorta-ditzy, sorta-brilliant Phoebe Buffay on the sitcomFriends. But during the 10 years since the series wrapped, she hasn't been idle. When she spoke with Kurt Andersen in 2009, Kudrow had created the pioneering online comedy seriesWeb Therapy.Kudrow plays a therapist who conducts her sessions over video chat. At the same time, Kudrow starsinThe Comeback, about a sitcom actress who's fallen off the A-list and is doing a reality show in the hopes of reviving her career.The Comebackmay have had the longest hiatus in TV history --- nine years elapsed between its first and second seasons. She calls the show "one of the most fulfilling things I've ever done because I was allowed to write it," along with Michael Patrick King (Sex and the City). 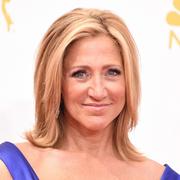 Lead Actress, Comedy
After working for years on network shows, Edie Falcomade the jump to HBO to play a troubled prison guard onOz, then crossed over to the other side of the law as the matriarch of America's most famous mafia family inThe Sopranos. Now Falco has just wrapped up the final season ofNurse Jackieon the other premium television powerhouse, Showtime. On that show, she plays the title character,a headstrong presence in the emergency room whose personal life is a mess. The Emmy Award-winning actress thrives portraying troubled, conflicted, and hard-headed women. "I tend to find out what it is about Nurse Jackie or anyone that other people understand," she tells Kurt Andersen. "At the root at all the stuff I do, you want everyone to feel like they're not alone." 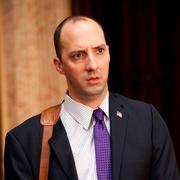 Supporting Actor, Comedy
Actor Tony Hale is magnificent at playing a certain kind of emotionally stunted, buffoonish man-child dependent on an older woman. On the dark comedy seriesArrested Development, he's Buster Bluth, the mama's boy who uses a prosthetic hook after a terrible accident involving a seal. OnVeep, he's the excessively devoted personal assistant to Julia Louis-Dreyfus's Vice President. ("VP," his character Gary Walsh says, "stands for very precious.") If you think you see a pattern, Hale would be the first to agree with you. 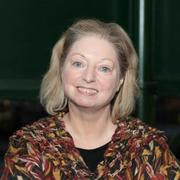 Outstanding Limited Series
Over the years, our idea of Henry the VIII, both as a man and as a king, had been shaped by plays, movies, and TV shows. But now, the novelistHilary Mantelhas definitively revised it. In her novelsWolf HallandBring Up the Bodies, she focuses on a less well-known figure who's always been depicted as kind of a weasel: Thomas Cromwell. He was the son of a blacksmith who maneuvered his way to become Henry's right-hand man. The novels have been huge bestsellers, and they both won the Man Booker Prize, the big award for English-language fiction. Mantel is the first woman to win it twice. Now, the books have been adapted into aMasterpiece Theaterminiserieson PBS and a two-part, five-and-a-half hourshowon Broadway, both calledWolf Hall.