Alvaro Encisois an artist with a mission, but you wouldn't know it by looking at his art. His sculptures are all curving metal and colored abstract forms. They certainly don't look like what they are: tuna cans cast aside by migrants crossing the Arizona border from Mexico. "If you look at this, to you it doesn't look like anything about migrants," Enciso says. "But that's the idea: you say, 'Wow, what is this all about?'"

Enciso collects his cans in the deserts south of Tucson, Arizona, where he lives. They aren't the only thing that gets left behind as migrants pass through the desert scrub, but they are the thing that caught Enciso's eye. Other artists are fascinated by the abandoned possessions of migrants as well. The sculptor Deborah McCullough, for example, is always on the hunt for toothbrushes. "For some reason the collection of toothpaste and toothbrushes has a real effect on people," she says. "It humanizes [the migrants]."

That moment of empathy is what drives these artists out into the desert to collect trash. McCullough ventures out once a week with a group called the Tucson Samaritans. The desert heat is scorching --- the temperature regularly climbs over 100 degrees --- and the threat of dehydration is always present. While they search for toothbrushes, shoes, and other artifacts, the group also leaves jugs of water for migrants who might pass by. 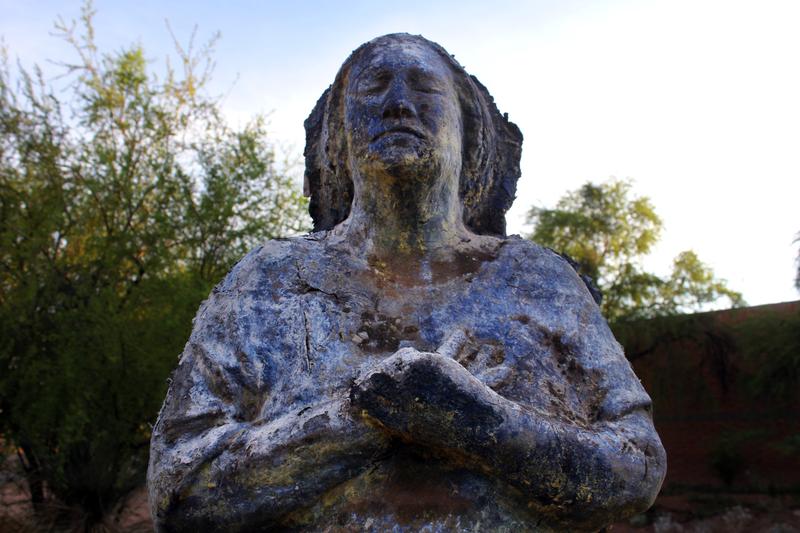 "Las Madres," one of a series of sculptures created in a collaboration between artists Antonia Gallegos, Valerie James and Deborah McCollough.
(Alicia Fernandez)

But artists aren't the only ones patrolling the border: there are armed citizen militia groups, too. Antonia Gallegos, another artist who works with migrant belongings, says the militia's presence in the deserts can feel threatening. "We just don't want them to know who we are," she says of the citizen militias. "They're scarier --- way, way scarier --- than the people that are crossing."

In Arizona, immigration is a hot-button issue. Gallegos hopes that her art can help people look beyond the politics to the human stories of migrants. About a decade ago, Gallegos, McCullough, and another artist, Valarie James, created a series of sculptures called "Las Madres"("The Mothers"). The female forms are shaped out of the fibers of discarded clothing the artists found in the desert. Gallegos wants viewers to see the pain of separation and grief for the children who have died crossing the border. "There are women all over the world experiencing this pain," she says. "We felt, if we could address it in that way, that more people would be able to relate."

This story was produced in association withRoundEarthMedia, a nonprofit organization that mentors the next generation of international journalists. Alicia Fernandez contributed to the reporting. 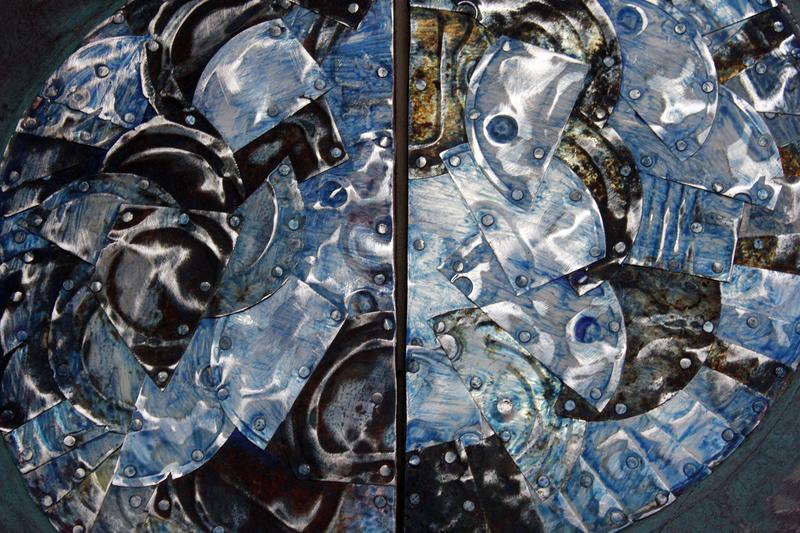 A mixed media painting by Alvaro Enciso. The work is made of discarded tuna cans found along the Arizona border of Mexico. Tuna is popular meal because it is high in protein and easy to carry.
(Alicia Fernandez) 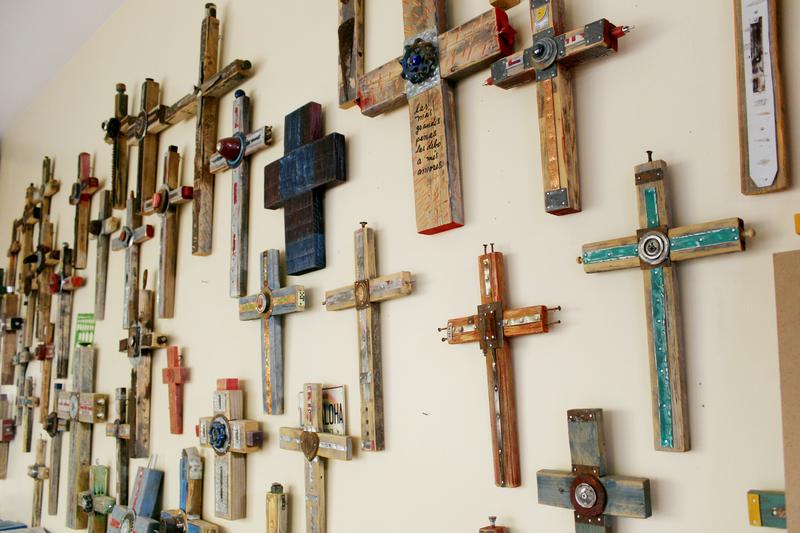 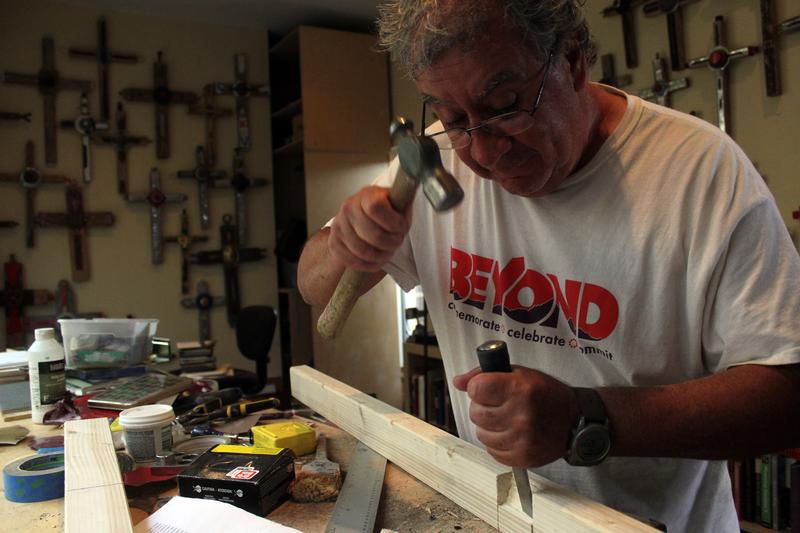 Artist Alvaro Enciso constructs a cross which he will later place in the desert in the location where an undocumented migrant has died. He has already left150 crosses near the border.
(Alicia Fernandez) 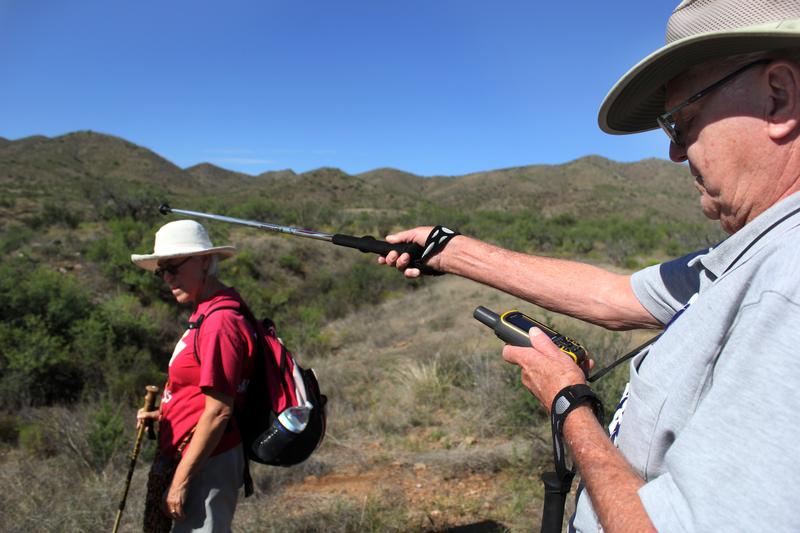 Artist Deborah McCollough and her husband, Ed, traversing the desert in southern Arizona with the Tucson Samaritans, a humanitarian group that helps undocumented migrants.
(Alicia Fernandez) 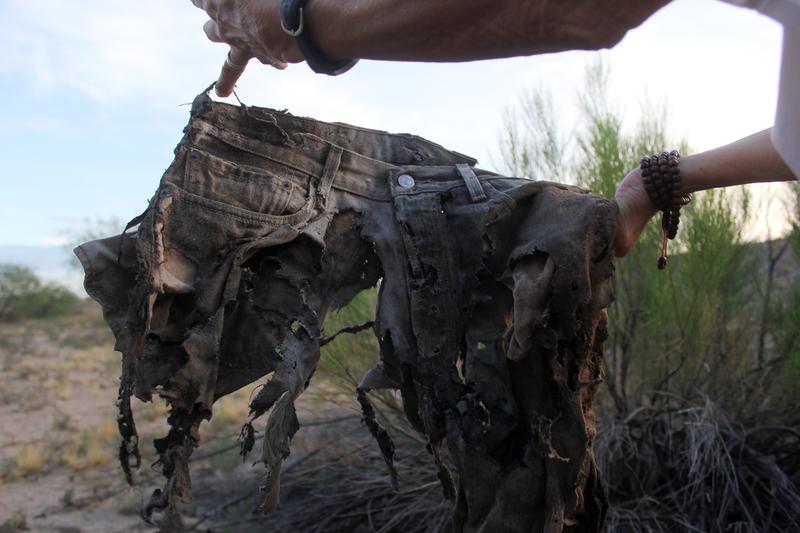 Torn clothing, one of many abandoned personal items that litter the northward path from the border.
(Alicia Fernandez) 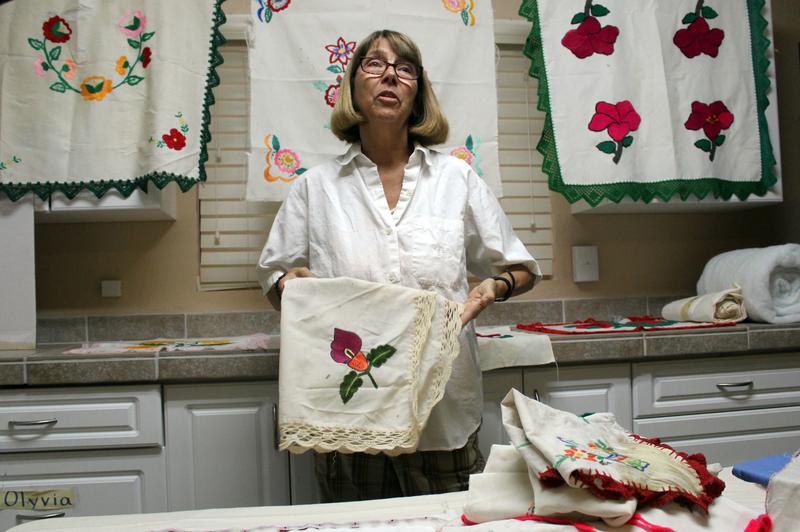