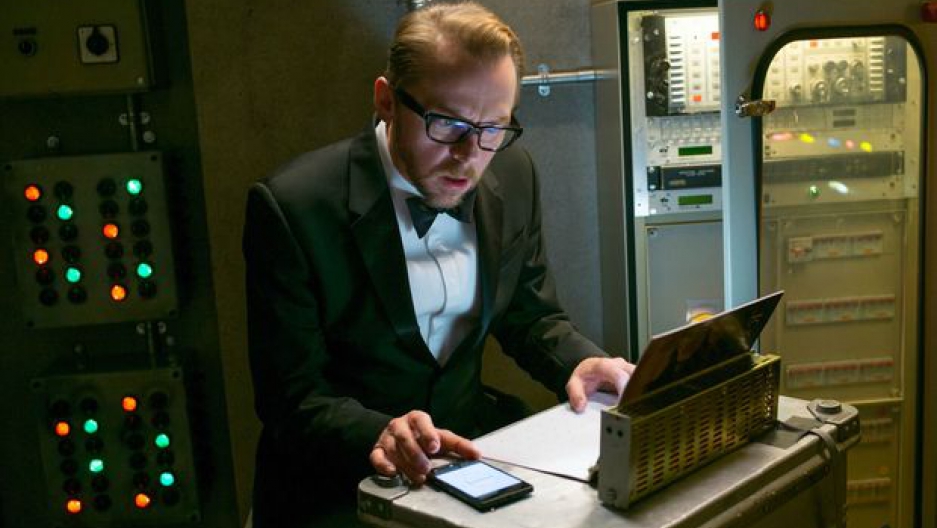 Simon Pegg started the Mission Impossible films playing a techie sidekick. Now he’s moved into the spotlight, playing one of the lead characters.

The English actor, screenwriter, comedian and social media tyro has been hard at work promoting yet another Mission Impossible film. This time it’s Mission Impossible - Rogue Nation, which premiered July 31. Pegg has a lot of action and sci-fi under his belt. He’s in the new Star Wars Episode VII, and has played Scotty in several recent Star Trek films, including Star Trek Beyond, which is currently filming. He has also written several screen plays for comedic action films.

Pegg’s roles have begun to change, however. If he started the Mission Impossible films as a techie sidekick with comedic lines, he is now playing one of the lead secret agents, a character named Benji Dunn.

“There’s been a real evolution since I first played this character 10 years ago, and it’s been really fun to kind of track that. Benji is a great way in for the audience. He’s a kind of human being. He’s not a superhero. He’s very much an ordinary person who finds himself in an extraordinary situation,” Pegg said.

Pegg did more than add to his screen time in the new Mission Impossible film. He also did much of his own stunt work in the movie.

“You kinda have to. Otherwise you just get left behind, you know?” Pegg says, adding that he thought the stunt work would give filmgoers a more authentic experience, “I mean, I’m not decrying green screen or CG because they’re incredible tools and they’ve opened up a whole universe of possibilities to us as filmmakers. But when you know something is digitally created, there’s a degree of separation, or a degree of distance you suddenly get.”

Pegg highlighted movie star Tom Cruise’s stunt work in the film, which included a scene filmed high up on the outside of a tall building.

“On the day it was even more scary because we didn’t know he was going to survive,” Pegg says, “You’re still thinking, ‘Oh my God, he’s on the side of that building.’”

Pegg says much of his cinematic work has benefitted from his good working friendships and relationships with fellow actors, producers and screenwriters. He has worked on a sitcom, and several films, including Spaced (1999), Shaun of the Dead (2004) and Hot Fuzz (2007) with his friends Edgar Wright and Nick Frost. He has also worked extensively with writer, director and producer JJ Abrams.

“I think one of the most significant phone calls I ever got was ‘JJ Abrams is on line one for you, Simon,'" Pegg says, adding, “He was directing his first feature, which was Mission Impossible III, and [Abrams said], ‘Would you like to come and be in it?’ And I was very excited at the prospect of being asked. Now I would count him among my best friends.”

Pegg remains a science-fiction fan, but he got himself into hot water earlier this year for some comments (that he says were taken out of context) about the way adults now consume movies and shows about superheroes and aliens.

“Adults now consume things that long ago might have been considered childish. You know, like comic books and video games,” Pegg says, adding, “I’m a participant in that. A lot of my interests are things which might have been deemed childish a long time ago.”

Pegg says he likes the fantasy and sci-fi genre, but insists that the best films — whether they’re fantasy, superhero, or sci-fi — base their stories on real-world issues and concerns.

“If you’re going to have these amazing kind of spectacle films, it’s great to kind of pin them with some thought. It’s what fantasy and science fiction is about. These things are allegorical. They’ve always been about us, and so they say things about what we’re scared of, what we’re preoccupied with and so for it to just be about, you know, robots fighting, it’s kind of, it’s a bit of a waste in a way,” Pegg says.