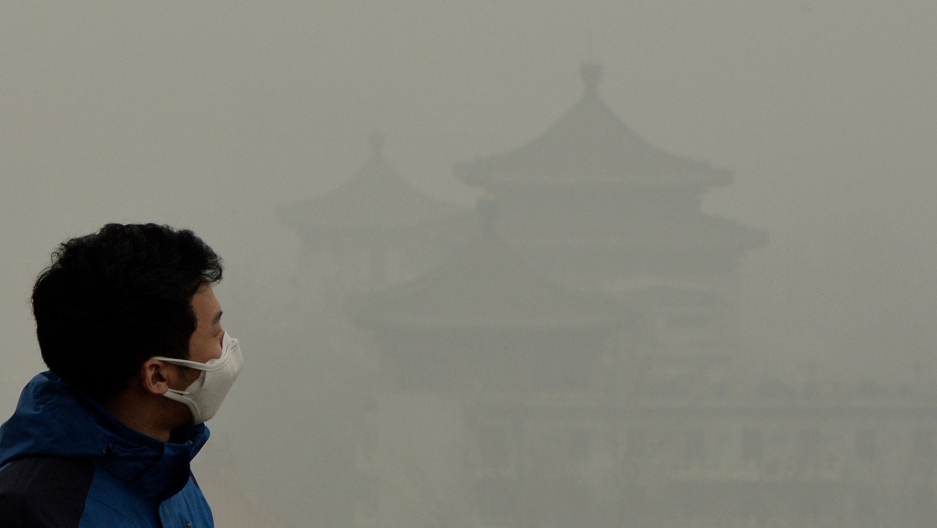 Progress slashing unhealthy ozone in the western United States has been largely undone by pollution wafting across the Pacific from China, according to a study published Monday.

Scientists have long suspected this might explain why ozone levels along the US west coast remained constant despite a significant local reduction in ozone-forming chemicals.

The study, published in Nature Geoscience, is the first to make the case using satellite observations coupled with computer models of how air-borne molecules travel in the lower atmosphere, the authors said.

"In a manner of speaking, China is exporting its air pollution to the West Coast of America," he said in a statement.

Nitrous Oxide emissions from vehicle traffic and industry, mixed with sunlight, create dirty-yellow blankets of ozone smog that sting the eye and scatch the throat.

Close to the ground, this pollution causes respiratory problems, damages crops, and is an important source of greenhouse gases.

By imposing stringent standards for motor vehicles and industry, state and national government in the US succeeded in cutting ozone-producing nitrous oxide emissions by 20 percent from 2005 to 2010.

Those efforts, however, were undermined by China's galloping growth, which pushed its own ozone levels up over the same period by about seven percent.

Molecules moving across the Pacific travel in the lowest layer in the atmosphere, called the troposphere, which reaches up to 17 kilometres (10.5 miles) above Earth's surface, depending on latitude.

The satellite data used in the study zeroed in on a zone nine and three kilometres high, unable to penetrate further.

There is a strong correlation between ozone at that level and closer to Earth's surface.

Approximately half of the increase in ozone over China during the 2005-2010 period came from the ground up, and half descended from the stratosphere, the study found.

And some portion of the man-made ozone above China may not have been of its own making.

"China itself lies downwind from India and other parts of Asia," notes Roth Doherty of the University of Edinburgh in a commentary, also in Nature Geoscience.

"It remains to be established how the free tropospheric ozone trend over China is in turn influenced by emissions upwind."

Verstraeten concludes by suggesting that local or national efforts to improve air quality will have limited impact unless dealt with on an international scale.

"Our atmosphere is global rather than local," he said by email.

Ozone in the stratosphere, which extends between 17 and 50 kilometres above Earth, acts to protect against dangerous ultraviolet rays.