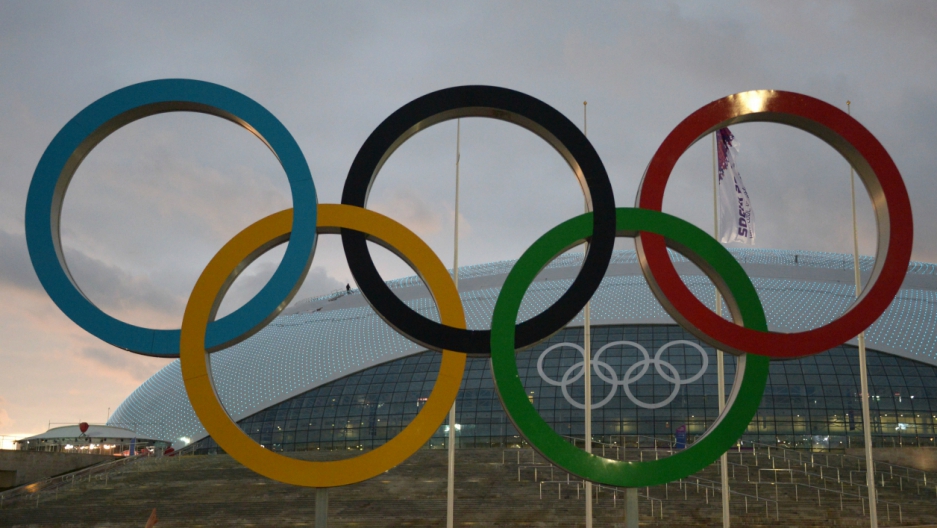 View of the Olympic rings in front of the Bolshoy Ice Dome on February 5, 2014.
Credit: DAMIEN MEYER
Share

BOSTON — As recently as late Monday morning, Boston Mayor Marty Walsh had dismissed the group opposing the city's bid for the 2024 Olympic Games as "10 people on Twitter."

But hours later, the three thirtysomethings behind the No Boston Olympics organization emerged victorious when the US Olympic Committee said it would abandon its effort to bring the 2024 Summer Games to Boston following strong public opposition.

More than a year before the USOC picked Boston as its candidate, young professionals Kelley Gossett, Chris Dempsey and Liam Kerr had begun meeting to discuss the games, which they feared would take a heavy financial toll on Boston. When the bid was announced, they came out swinging with a tightly organized media campaign that many political experts credit with leading to Monday's decision to drop the bid.

More from GlobalPost: Now that Boston's out, who should host the Olympics?

"They were the bandleaders, they were the conductors, they were choreographers. They were crucial every step of the way," said Andrew Zimbalist, a professor of economics at Smith College in Northampton, Massachusetts, who has written several books on sports business and advised the trio early in their planning.

Started in late 2013, the group tapped into a strong undercurrent of opposition, with Bostonians worried the event was too big for such a small city, evidenced in poll numbers that showed a majority of residents opposed the bid. The group hammered away at the Boston 2024 committee, led by prominent business people, who like Walsh underestimated its concerns.

"From the beginning the Boston 2024 people didn't see the opposition and were too quick to dismiss it," said Peter Ubertaccio, a professor of political science at Stonehill College in Easton, Massachusetts, just south of Boston.

Half of Boston-area respondents to a WBUR/Mass Inc poll published earlier this month said they opposed the idea of hosting the games, with three out of four concerned about costs.

Opponents had worried the costs of staging the event would exceed revenue and leave the city to foot the bill. Backers of the bid last week unveiled a plan to carry some $2 billion in insurance to cover any excess costs.

Walsh was among those worried about finances. His comment that "the opposition is 10 people on Twitter constantly beating the drum" came at a City Hall press conference where he said he would not sign any agreement that left city taxpayers responsible for the costs of the games, estimated at more than $8.6 billion.

'You need a voice'

Boston 2024's initial pitch to the U.S. Olympic Committee, released on Friday after the threat of a subpoena from city officials who had expressed skepticism about the bid, largely dismissed the opposition group.

"Our polling data shows that they do not represent the majority of public opinion," the document reads. "Their efforts have been limited to social media."

Boston 2024 officials did not immediately respond to a request for comment on the No Boston Olympics group on Tuesday.

Boston 2024 chairman, private equity executive Steve Pagliuca, said in statement Monday that proponents believed they could win over the public eventually but that in the meantime the US bid would lose ground to those of Paris, Rome, Budapest and Hamburg.

Gossett, 34, said that being written off by Olympics backers may have worked to the group's advantage.

"Everyone counted us out and said we have no currency in the debate," said Gossett, who worked in social services before joining the group. "We were able to do a lot of research and provide an alternative point of view and help educate folks."

Some observers suggested the bid would have failed even without the group's opposition, noting Walsh's insistence that city money not be used for the games and Governor Charlie Baker's steadfast neutral position.

"Was it their influence or were they on the side that would have won anyhow?" asked Sean Martin, assistant professor at Boston College's Carroll School of Management.

Walsh's actions played a greater role in defeating the bid, Martin said: "The mayor said, I'm not going to gamble when the table stakes are going to be put up on the citizens of Boston."

The group is already fielding e-mails from activists in other cities now that the USOC is looking for a new candidate to put forward for 2024, Gossett said. Boston edged Los Angeles, Washington and San Francisco when it was tapped in January.

For now, Gossett is still coming to terms with the fact that their cause won and contemplating her next moves.

"I can't believe we're already talking about this," Gossett said of the victory. At the time Walsh was dismissing the group's relevance, the activists were setting up a new printer to produce their next batch of presentations against the bid.

Now, she said, "We're not sure what we're going to do with that."