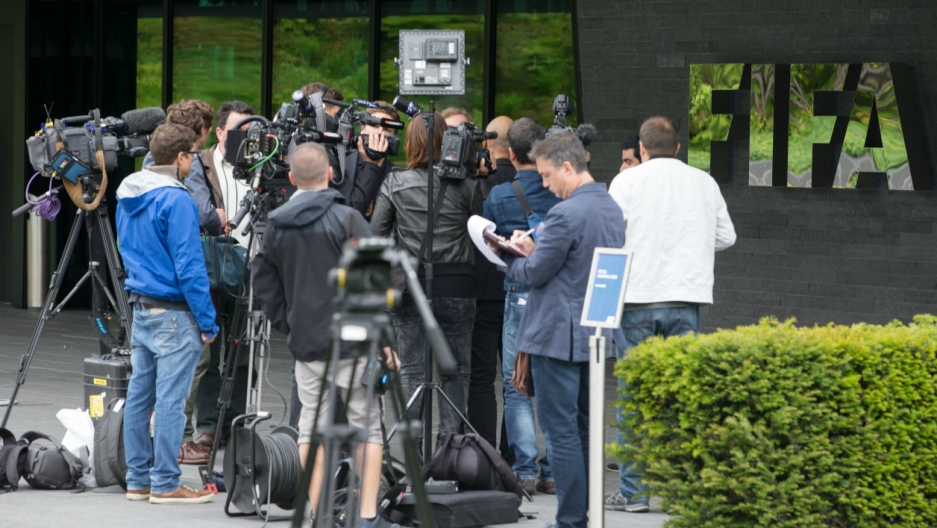 Camera crews swarm FIFA headquarters in Zurich on May 27, 2015 after Swiss police detained top FIFA officials as part of a US investigation.
Credit: Philipp Schmidli
Share

ZURICH — Reform plans by scandal-plagued FIFA were thrown into doubt on Monday when its choice to head a task force, Swiss businessman Domenico Scala, said he would not take on the job unless he was guaranteed full independence.

Scala had been asked by at least half of FIFA's six continental confederations to take on the role of being the task force's neutral chairman.

The 10-member panel will be made up of representatives drawn solely from the confederations.

But Scala made it clear on Monday that he was unhappy with how events had unfolded.

"Domenico Scala never applied for such a chairmanship. He would consider to chair such a task force, only under the strict condition that independence was guaranteed," a spokesman for Scala said.

World soccer's governing body has been in crisis since May, when nine officials and five marketing executives were charged by the US Justice Department with exploiting the sport for their own gain through bribes of more than $150 million over 24 years.

In the wake of the scandal, FIFA President Sepp Blatter has said he will stand down next February.

FIFA has been under pressure to clean up its act following the corruption scandal, with major sponsors Coca-Cola, Visa and McDonald's demanding reforms.

Scala had been working on reform suggestions for FIFA before the new body was created and had given FIFA's executive a detailed briefing of his proposals last Monday. These include term limits, enhanced integrity checks and transparency over executive salaries.

That same meeting then announced the creation of the task force and said it should present proposals to their next meeting in late September.

Its future is now unclear given that it has no chair and no members have yet been appointed to the body from the confederations.

Scala is also independent chairman of FIFA's Audit and Compliance Committee and of the Ad-hoc Electoral Committee, handling the process for February's vote for a new FIFA president.