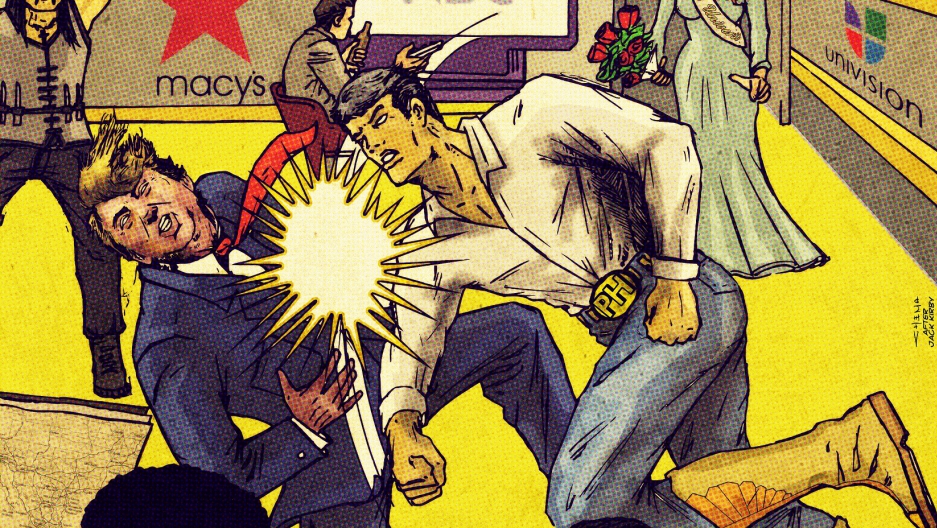 In the past, the comic book series 'El Peso Hero' has mostly focused on social issues. But with this new cover, the series is taking on a more political tone.

There’s finally someone who's doing something about drug cartels, human trafficking and corrupt border patrol agents on the border between the US and Mexico. The only problem? He’s not exactly real.

El Peso Hero is the lead character of the comic book series of the same name.

He was created in 2011 by Hector Rodriguez, a grade school teacher in Dallas, Texas. Rodriguez is the founder of Rio Bravo Comics, the publisher behind El Peso Hero.

Today, the series has become enormously popular. Rodriguez was the sole artist for the first two issues, but has since recruited a small group of artists and colorists to help so he can focus on writing.

One of the things Rodriguez is writing is a new adversary for El Peso Hero: Donald Trump. 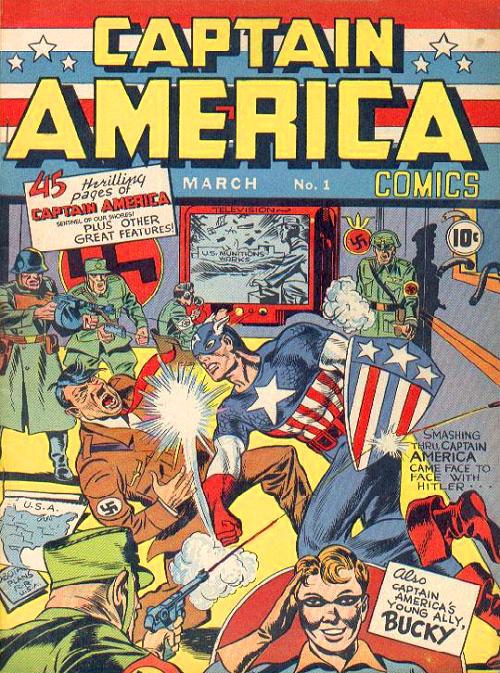 It also features a few familiar brands and people who have recently abandoned Trump after his derogatory remarks about Mexican immigrants.

“When Mexico sends its people, they’re not sending their best,” Trump said in his presidential campaign announcement. “They’re sending people that have lots of problems, and they’re bringing those problems with us. They’re bringing drugs. They’re bringing crime. They’re rapists. And some, I assume, are good people.”

Until now, Rodriguez has kept the focus of El Peso Hero on social and human rights issues. Back when he first started the series, he was motivated by the desire to give his students a Spanish-speaking superhero to look up to. But with this new cover, his series takes on a political bent.

Talk to Hector Rodriguez III and other really cool people, in our Facebook discussion group.
Join

"We're being threatened by someone who could possibly be in a position of authority, molding and dictating policy in the United States," Rodruigez says. "I think it was our responsibility to counteract with an artistic piece — with the Mexican superhero."

Rodriguez says he was personally offended by Trump’s comments, especially because his grandfather crossed the border into the US illegally, started his own used car dealership, and — in Rodriguez’s eyes — lived the American dream. So even though he has fans on both sides of the issue, ranging from undocumented immigrants to border guards, liberals to conservatives, he and his team decided that they had to stand up and say something.

Rodriguez is thinking ahead. He says a few issues from now, he’s considering having El Peso Hero work as a laborer, akin to the workers allegedly building Trump’s $200 million hotel, five blocks from the White House in Washington D.C. The superhero will have to face off with abusive companies trying to take advantage of undocumented laborers financially. He says he might even tackle the issue of health care.

As for the next issue or so, Rodriguez laughs when thinking about writing Trump into his fictional world.

"You know what?" he says. "We're not even a year out from the election. He's still going to give us a lot to work with."