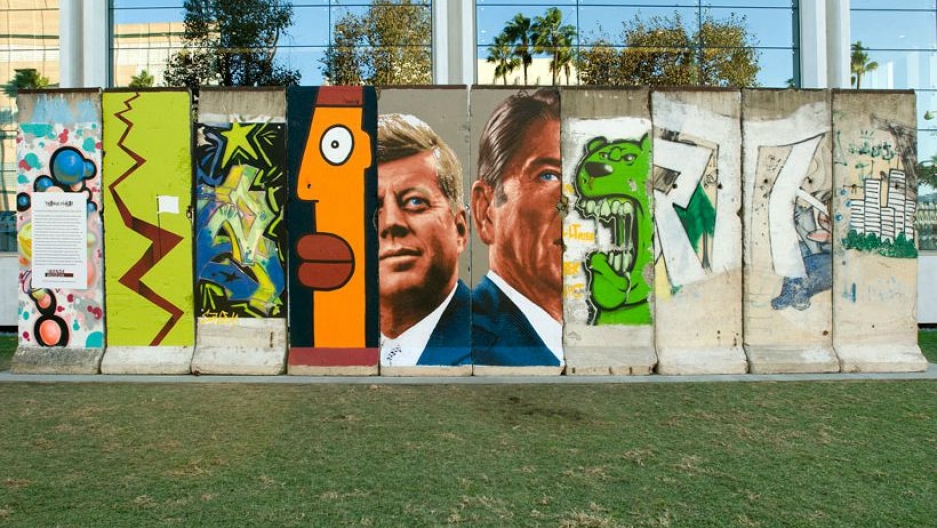 Courtesy of the Wende Museum

After the Berlin Wall fell on November 9, 1989, most members of the former Eastern Bloc were eager to put their memories of the collapsed Soviet empire behind them. A new museum in Los Angeles has dedicated itself to rescuing the disappearing artifacts of everyday life in East Germany. The Wende Museumand Archive of the Cold War was founded by Justinian Jampol, an Oxford-educated scholar from Los Angeles who channeled his youthful obsession with Cold War iconography into a DIY passion project that now holds over 100,000 items in its collection.

Jampol says the idea for the museum came to him while studying abroad in Moscow and traveling frequently through Berlin. "Both Moscow and Berlin had something going on behind the veneer," Jampol tells Kurt Andersen. "There were so many walls that still had bullets in them. Most of what I had known in my small world was that artifacts were ancient, and here we are surrounded by contemporary history."

Watch a Super 8 film of "soviet hippies" below.

Kurt Andersen and his friend, comedy writer Merrill Markoe, pay a visit to the Wende in West LA, where most of the museum's artifacts are held in a 5,500-square-foot vault. There, Jampol walks them through the Wende's permanent exhibit, Facing the Wall: Living with the Berlin Wall, which includes metal signs, visa stamps, architectural models, and rare video footage from the notorious Checkpoint Charlie, which was the most famous of the crossings between East and West Berlin. Jampol also introduces the border guard test: a giant panel featuring numbered pairs of black-and-white photos of similar-looking people. "Each card has two faces on it," Jampol explains, "and you have to be able to answer: are they the same person? It's harder than it seems." 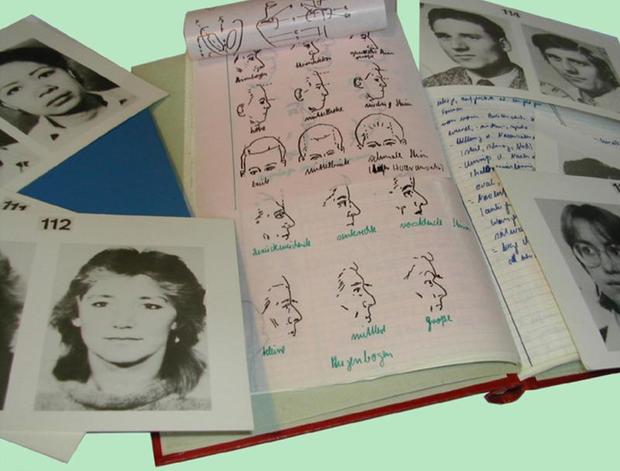 There's a tendency to see artifacts of Soviet life as either kitschy or sinister, but Jampol believes the Wende is more than just a cool time capsule. "This is all about trying to make sense of what happens when a period changes from one to another," he says. "And what we have seen is that this is not [just] about the Cold War, per se; it's about seeing if we can make larger assessments about how this happens for other times and places."

Video: Soviet hippies
Excerpt from the Super 8 films of the Sistema ("Soviet hippies") from the Zaltsev collection, filmed in the late 1970s in Leningrad. The Sistema was a network of Soviets who traveled from city to city and lived an idealized bohemian existence modeled on the imagery and ideals of late-1960s America. This film was donated to the Wende Museum as part of the Zaitsev Collection.

Photos of the Wende Collection: 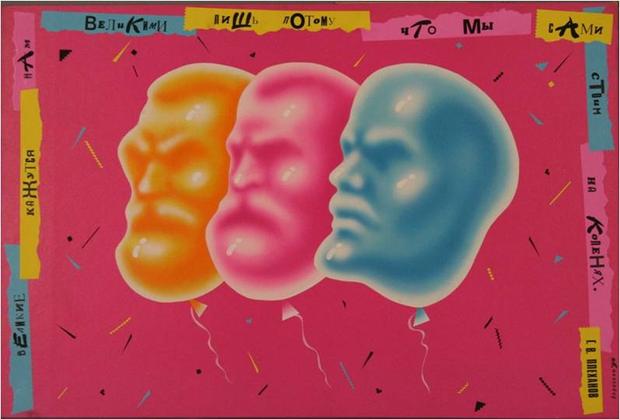 A Soviet poster from 1991. The balloons depict men at the forefront of Communist ideology (Marx, Engels, and Lenin) as inflated with words of wisdom but lacking practicality.
(Courtesy of the Wende Museum) 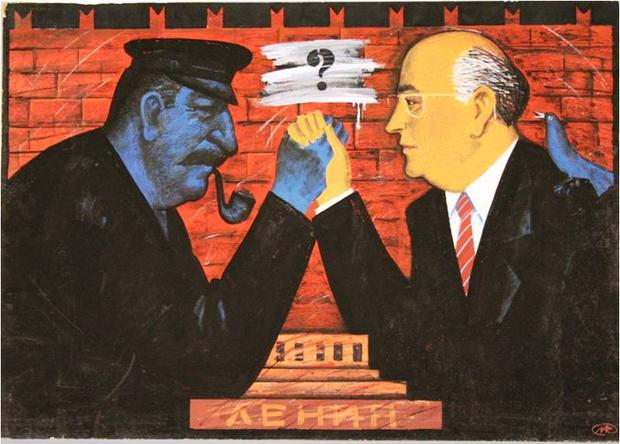 A 1991 Soviet poster depicting the conflict between Stalinist ractionaries on the left, and Gorbachev on the right.
(Courtesy of the Wende Museum)