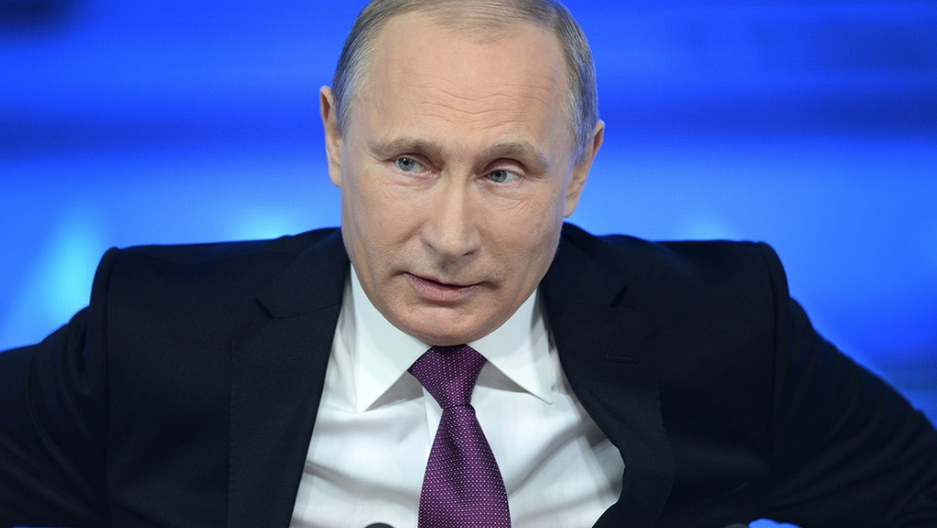 Lawmakers in Russia's pro-Kremlin upper chamber called on authorities Wednesday to blacklist 12 foreign NGOs as "undesirable," the first official proposal under a new law critics say is part of a clampdown on civil society.

An aide to senator Andrei Klishas confirmed that 12 organizations, including US-based Freedom House, the National Endowment for Democracy and the Ukrainian World Congress, have been included on a proposed "patriotic stop list."

Russia passed a controversial law in May allowing authorities to ban foreign organizations they say pose a threat to national security.

Senators have now sent their list to the prosecutor general, who is responsible for determining which organizations are branded "undesirable."

Seven of the 12 organizations proposed are based in the United States, three work on Ukraine and two are Polish-based.

Supporters of Russian President Vladimir Putin claim that the new law, which can punish Russian activists with up to six years in jail for cooperating with these groups, is needed to thwart Western attempts to brew revolution in the country.

"This issue is directly related to the protection of our constitutional system," senator Konstantin Kosachev said at a session of the upper house of parliament on Wednesday, RIA Novosti news agency reported.

"Those who give money to these NGOs aren't interested in the number of trees or animals saved. They are interested in how many people they can bring to the street at a given 'X hour,'" he said, referring to Russia's claim that the West is supporting regime change in the country.

The president of the US philanthropic MacArthur Foundation, Julia Stasch, said in an e-mail statement that the organization was "disappointed" to learn it was on the Russian senators' list and that its inclusion rested on a "serious misunderstanding" of its activities in Russia.

The organization has an office in Moscow and supports charitable and civic organizations working in the fields of human rights and education.

"The MacArthur Foundation is entirely independent of and receives no funding from the United States government. We do not engage in or support political activities," the statement read. "We are hopeful that, upon review, the prosecutor general will conclude that our activities have always been in compliance with Russian law."

"The measure is essentially part of a broader witch hunt of critics of the government," Tanya Lokshina, the Russian program director at Human Rights Watch, said. "It is meant to intimidate and keep activists on edge, and it creates a climate of fear and self-censorship."

Meanwhile, the spokesperson of the Russian Orthodox Church, which is known for its support of Kremlin-backed initiatives, told Interfax news agency the country's senators had come up with a "righteous initiative."

Russia has upped pressure on NGOs since Putin's reelection in 2012, including with the adoption of a law that allows authorities to brand groups that receive funds from abroad as "foreign agents."

Dynasty, a leading scientific foundation, announced Wednesday it was closing after having been branded a "foreign agent" in May.

The group's founder, telecommunications mogul Dmitry Zimin, said at the time he would be withdrawing his financial support from the organization in light of its new legal status.

The closure of Dynasty, which offered grants to up-and-coming scholars and worked to popularize science, represents a huge blow to Russia's scientific community, its supporters have said.

The Committee Against Torture, whose Grozny office came under attack by masked men last month, also announced its dissolution on Wednesday. The head of the organzsation, Igor Kalyapin, said a string of smaller groups would emerge from its ashes, allowing activists to shun the "foreign agent" label.