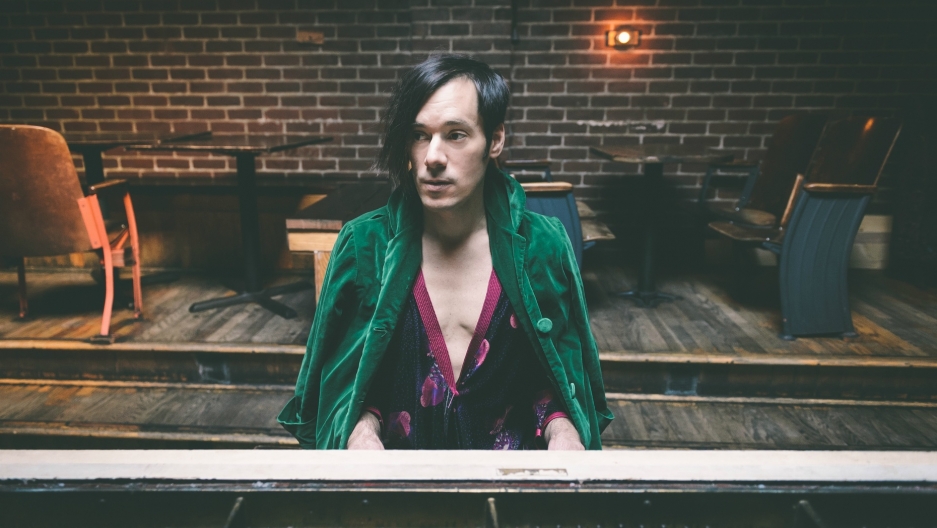 Barnes wasn't a born performer --- as a teenager, he was a loner, painfully shy. On a family camping trip, his uncle brought along a guitar and taught Barnes how to play "Under My Thumb" by the Rolling Stones. "It was sort of a revelation for me. You can learn those simple [chords] pretty quickly, and then the whole world of pop music opens up to you," remembers Barnes. After he learned the Stones' catalogue, Barnes started writing his own songs.

Although he fell in love with the pop of the 1960s, Barnes' songwriting evolved into something more complex. Of Montreal's songs are busy patchworks of chords, melodies, and tempos. But if there's one thing the Rolling Stones taught him, it's the value of a hook: "not a generic hook, but something that feels special and has that magical spark to it. That's the thing about the Stones: they always had really great melody lines. And they're fairly simple --- but each one's fantastic."

Is there a book, movie, album, or other work of art that has changed your life? Tell us in a comment or by e-mail.

Video: The Rolling Stones perform "Under My Thumb"