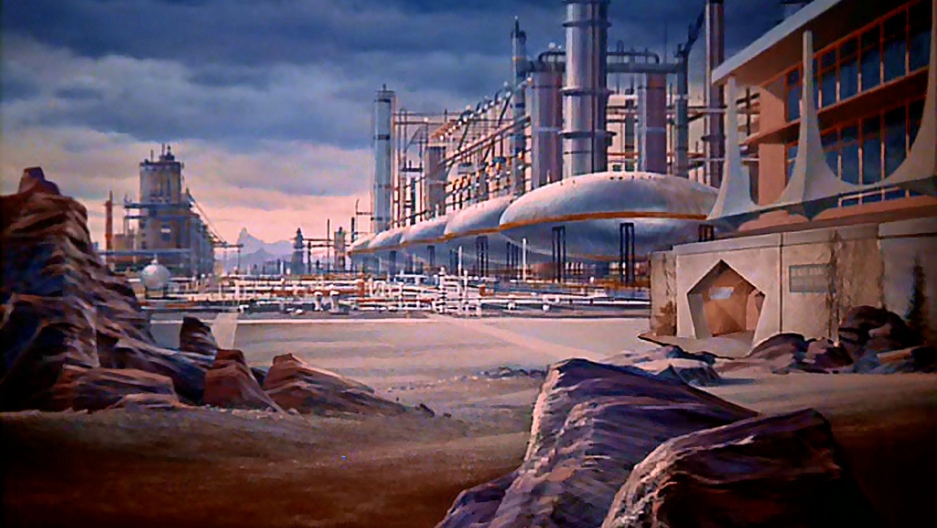 You are now living in the future.

The future is here because, in 2017, you’ll be able to buy a flying car. Seriously.

So, how did this technology, and others like it - once the province of science-fiction - actually start to become part of the real world?

Steven Kotler, author of “Tomorrowland: Our Journey From Science Fiction to Science Fact,” has the answer.

Part of that answer lies in information technology. Kotler believes that as more and more innovation is tied into computer code and programming, the “technology hops along an exponential growth curve.” Moore’s Law helps guide this trajectory, and that same performance curve is starting to show up in other fields, like biotech.

But another reason that our lives are beginning to look like something Ray Bradbury would have dreamed up… is science fiction itself.

Think of Star Trek and cell phones: Captain Kirk and his crew used communicators to talk to the ship, and an inventor named Martin Cooper was inspired to come up with an early version of the cell phone.

Kotler thinks that science fiction provides ideas to scientists, allowing them to imagine future technologies. “You have to be able to hold the impossible in your head before you can bring it into reality. And it’s easier to go where we can see," he explains.

Breakthroughs in fields like bionics, for example, might have the movies to thank. If you talk to the leaders in the field, Kotler notes, “they all saw 'The Six Million Dollar Man.' They all were spurred on by the notion that ‘we can rebuild him.’”

And the flying cars, the ones that signaled the future? “For starters, it comes from ‘Blade Runner.’” Visionaries and engineers saw the path laid out by the movie, and tried to follow it.

But you can’t always take a cool sci-fi invention and port it over to real life; you have to adapt it for the world you’re living in. That’s why the flying cars that will go on the market in 2017 look more like motorcycles than those bubble-cars from the Jetsons.

“This is a not like the Lexus, this is not going to replace mom driving the kids to school. This is a flying car for people who ride Ninja motorcycles. It’s a niche, but it’s a fairly large niche, and it’s here today.”

Take something like Elon Musk’s proposed Hyperloop. Authors have imagined something like that as far back as 1888. But if it ever comes to pass, Kotler sees it having modern, and unexpected, consequences:

“If you’re living in Cleveland, Ohio, [and you start riding the Hyperloop] suddenly your dating pool just expanded into Pennsylvania.”

A romance that’s facilitated by a vacuum train? Well, that just sounds like science fiction.