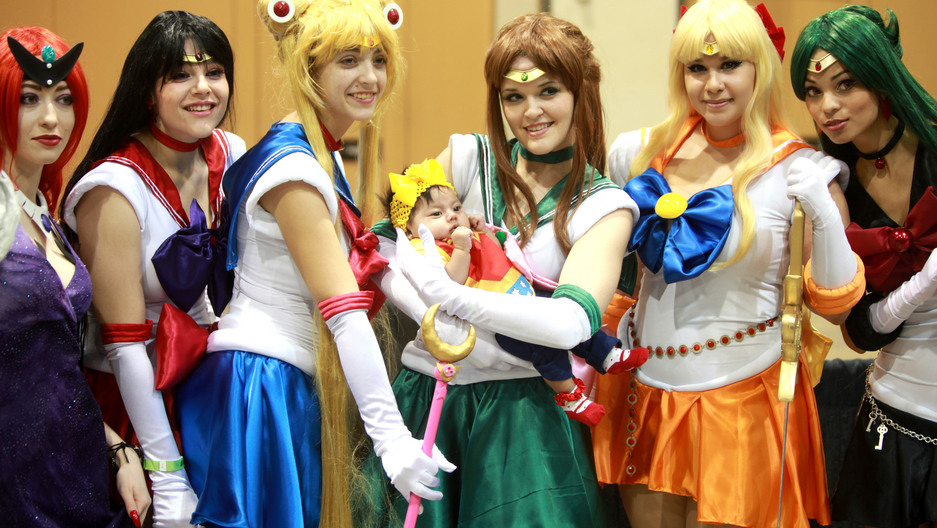 As “Sailor Moon Crystal” finishes up its 26-episode run, the response from Western fans has been mixed. Depending on who you ask, the anime series is either a smashing success or an animation disaster.

On one hand, fans of the series were excited to see an adaptation that remained faithful to the original manga. Other fans were less-than-impressed with the animation style as well as the one-episode-every-two-weeks airing schedule.

However, digging deeper, the anime is more than just a cartoon for adolescents and provides powerful insights about gender identity.

Sailor Moon Crystal is the hotly anticipated animated reboot of Takeuchi Naoko’s beloved shojo manga series Sailor Moon. Sailor Moon debuted as a manga, or comic book, in 1991. The comic was quickly adapted into one of the most popular anime series of all time.

The 2015 Sailor Moon Crystal reboot marks the 20th anniversary of the debut of the original anime, and is intended to remain true to storyline of the original comic book, stripping away much of “non-canonical” elements found in the 1990s anime adaption.

Sailor Moon Crystal tells the story of a girl named Usagi who has the ability to transform into a warrior of love and justice.

Generally speaking, shojo (少女 or “girl”) manga encompasses comics and cartoons created especially with adolescent and teenage girls in mind. While shojo manga covers no single genre, it differs from its counterpart shonen (boys) and seinen (youth) manga in terms of visual style and by addressing romantic topics and emotions.

The two Sailor Moon series are further classified as maho shojo (魔法少女), a type of fantasy anime that generally features a young girl, between the ages of 8-14, who is given the ability to transform into a “cute” alter ego with magical powers to save the world from a dastardly foe.

In addition to looking both cute and fierce at the same time, the heroine experiences spiritual growth and maturation — in other words, the magic helps her learn how to grow up.

The popularity of shojo manga such as Sailor Moon is not limited to Japan. In the West, magical girl anime, especially Sailor Moon, paved the way for the introduction of anime and manga outside of Japan.

Fans outside of Japan say Sailor Moon has allowed them to experiment and sometimes transform their identity.

Popular online personality Princess Mentality Cosplay, when asked “What does Sailor Moon Mean to You?”, says:

Over the past 20 years since the debut of the original series and now with the reboot, millions of young women and men around the world have become devoted fans, spawning in some cases dedicated “fansub” sites and more.

In “What I Learned About Gender and Power from Sailor Moon,” Soleil Ho, writing for Bitch magazine, says:

In Japan, the cultural significance of magical girls stems from their themes of empowerment and independence while retaining traditionally feminine traits.

For girls in Japan, Sailor Moon is the epitome of the Japanese concept of shojo, or girlishness. Sailor Moon has the freedom to pursue all that interests her and the spirit to overcome all obstacles along the way.

She is a visual testament to having it all — she is very close to her friends and protectors, the Sailor Senshi, and is devoted to her boyfriend Mamoru, who fights along side her as Tuxedo Kamen.

After 26 episodes, the Sailor Moon Crystal anime series has drawn to a close, but the magical girl genre isn’t stopping any time soon. While Sailor Moon walks the line between comical goodness and dark, mature themes, another popular magical girl series, Puella Magi Madoka Magica, explores the consequences of power, and has been dubbed “The Evangelion of Maho Shojo anime.”

If you want to explore anime, there are a wide variety of series airing in Japan and in the West via streaming sites such as Crunchyroll and Hulu. Themes vary, depending on the audience, and there is something for every taste.