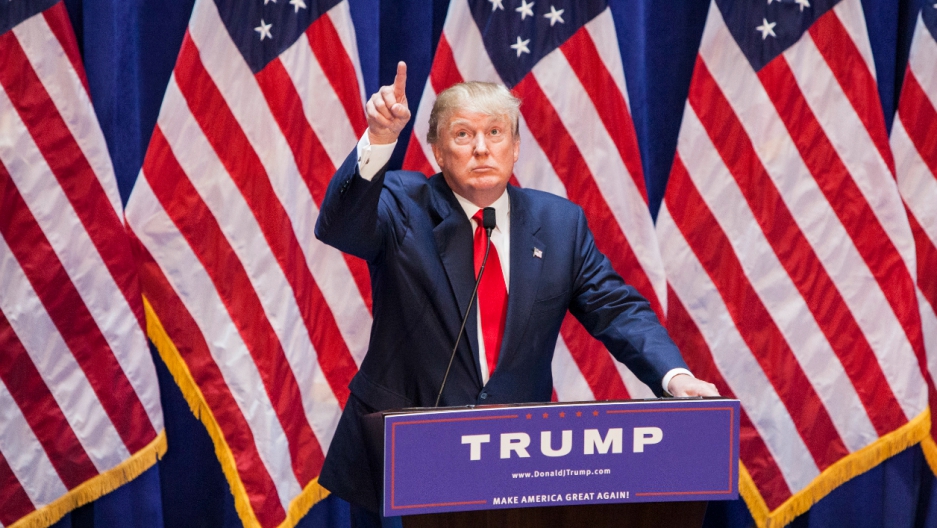 Business mogul Donald Trump gives a speech as he announces his candidacy for the U.S. presidency at Trump Tower on June 16, 2015 in New York City.
Credit: Christopher Gregory
Share

WASHINGTON — In the political equivalent of "get off my lawn," Donald Trump on Friday declared his Miami golf course off limits to anyone from the Spanish-language broadcast company Univision over its decision to dump the Miss USA beauty pageant.

Trump's inflammatory rhetoric about Mexican immigrants as part of his campaign for the 2016 Republican presidential nomination prompted Univision on Thursday to bail out of airing the pageant on July 12.

In his speech last week announcing his candidacy, the billionaire real estate magnate accused Mexico of sending rapists and criminals to the United States.

"Please be advised that under no circumstances is any officer or representative of Univision allowed to use Trump National Doral, Miami — its golf courses or any of its facilities," Trump said in a letter to Univision Chief Executive Randy Falco.

He also told Falco to stop work on a gate separating the Univision building from Trump National. "If this is not done within one week, we will close it," he said.

A Univision spokesman did not immediately respond to a request for comment.

Trump scored in second place among New Hampshire Republican voters in a Suffolk University poll this week, with 11 percent support, behind former Florida Governor Jeb Bush, who had 16 percent. New Hampshire is one of the early voting states leading up to the presidential general election in November 2016.

In his letter, Trump refused to back down from his criticism of Mexico and said if elected he would establish a "meaningful border" between the United States and Mexico.

"Please congratulate your Mexican government officials for having made such outstanding trade deals with the United States," he said. "However, inform them that should I become president, those days are over. We are bringing jobs back to the U.S."