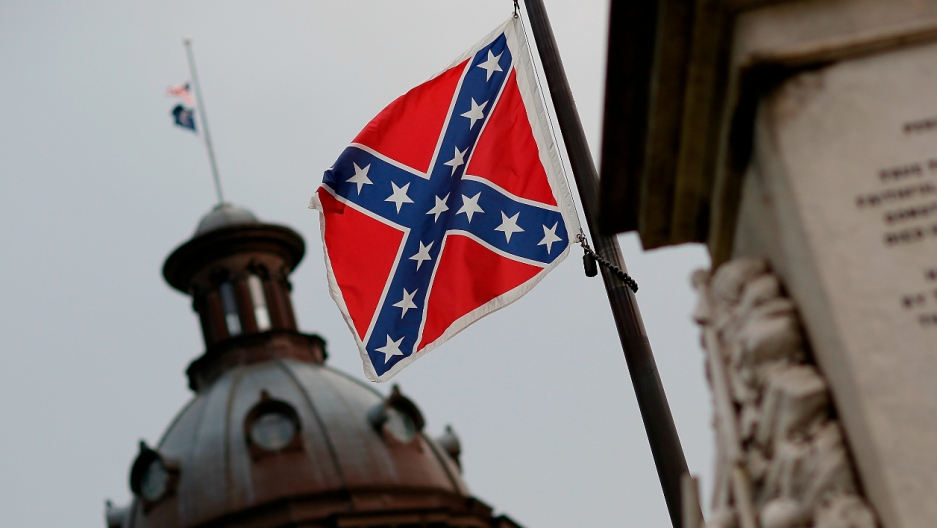 The Confederate flag flies on the capitol grounds on June 23, 2015, one day after South Carolina Gov. Nikki Haley announced that she will call for the flag to be removed.
Credit: Win McNamee
Share

The Confederate battle flag has become a lightning rod for outrage over the killing of nine black men and women at Emanuel African Methodist Episcopal Church in Charleston last Wednesday. Accused gunman Dylann Roof, a 21-year-old white man, is seen posing with the flag in photos posted on a website reported to be his.

"Alibaba Group prohibits listings of materials that are ethnically or racially offensive across its platforms. As such, we will be removing listings for flags, clothing and other memorabilia that display the Confederate flag imagery," spokeswoman Rachel Chan said in an email.

The United States accounts for a small fraction of overall sales for Alibaba, which is based in the Chinese city of Hangzhou but listed in New York. The company has been more focused on increasing the sale of American goods in China than vice versa.

The decision to pull Confederate imagery comes after online competitors Google, Amazon and eBay, and brick-and-mortar stalwarts Wal-Mart and Sears, said they would do the same.

The scale of sales of Confederacy-related items on Alibaba platforms was not immediately clear.

A search on Taobao for "Confederate flag" still produced a lot of results on Wednesday. A search for the Chinese term for "Nazi" produce a message stating that no results can be displayed due to relevant laws and regulations. In English, the search produces books about World War II.

Banned or illegal products are sometimes sold on Alibaba platforms via code words or similar terms.