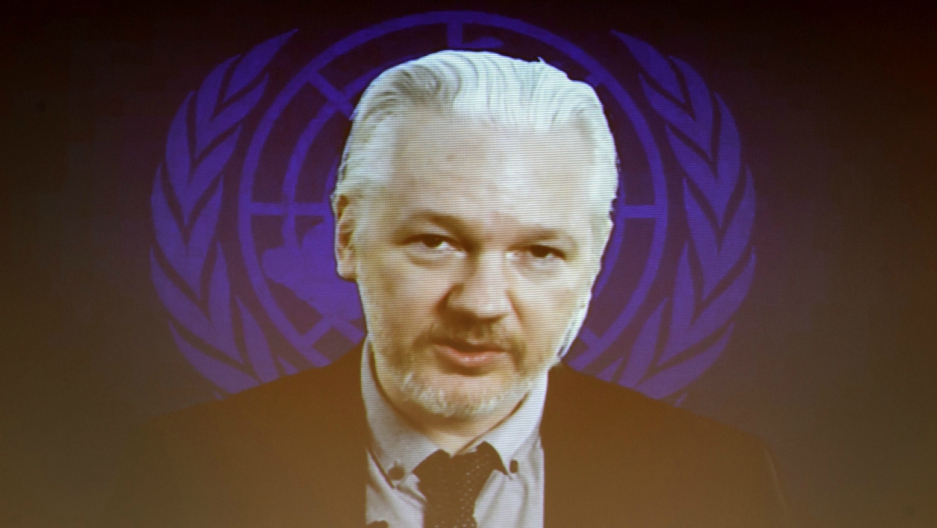 WikiLeaks founder Julian Assange is seen on a screen speaking via web cast from the Ecuadorian Embassy in London during an event on the sideline of the United Nations  Human Rights Council session on March 23, 2015 in Geneva.
Credit: FABRICE COFFRINI
Share

DUBAI — WikiLeaks published on Friday more than 60,000 diplomatic cables from Saudi Arabia and said on its website it would release half a million more in the coming weeks.

The organization, which began releasing US diplomatic cables in 2010, said it had obtained email communications between Saudi Arabia's foreign ministry and other countries as well as confidential reports from other Saudi ministries.