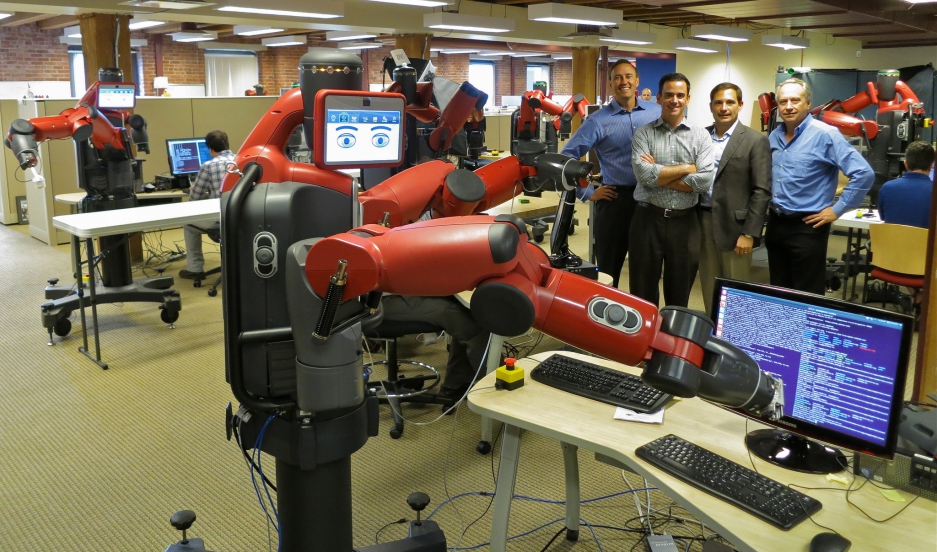 Rethink Robotics' Baxter, which the company markets as a "safe, flexible, affordable alternative to outsourced labor and fixed automation."

I know, you've heard that idea from the news, pop-science books and science fiction.

But don't hand over your company car to Watson quite yet, argues James Bessen, an economist and author of Learning by Doing: The Real Connection between Innovation, Wages, and Wealth.

Bessen points out that the challenge we face today isn’t particularly new.

“The story of having tremendous new technology and at the same time, stagnant wages and growing inequality — it was true during the Industrial Revolution and it was true during the electrification period in the early 20th century. I don’t think what’s going on today is exactly like what happened back then, but I think the underlying reasons and challenges are the same.”

Consider one of the defining machines of the Industrial Revolution: the power loom. When it was first invented in the late 1700s, it could double the cotton output of a weaver. And after a century of improvements, it increased the amount of cotton a single worker could produce 50-fold.

It seems logical that this invention would slash the number of weavers in the textile industry, but, surprisingly, weavers actually increased during the industrial revolution. Bessen points out that because the process was automated, factories were able to produce much cheaper textiles, which increased demand, and thus, increased the need for weavers.

He argues that disruptive technology isn’t always just a job-killer, but that it can also open up new jobs that require new skills, or radically alter jobs that already exist.

Bessen believes that the best and most talented workers can adapt fairly easily to this new world:

“They’ll teach themselves the latest techniques, the latest standards. The average worker though, lags behind. So you see a widening gap where the top 10 percent are doing very well, but the wages for the median workers are not. And in a sense, it’s because the median worker doesn’t have the skills that are needed today. There’s a mismatch.”

The challenge of adapting to new technology, in Bessen’s mind, is to make sure that all workers have the chance to acquire the new skills they’ll need to become part of a changing economy. He thinks that employers, educational institutions, and government all have a role to play in this.

But Bessen is optimistic about our place in an increasingly technologically-driven economy. He views the healthcare sector as a possible window into our future, with tech enabling mid-skill workers such as nurse practitioners and technicians to take over some tasks that were previously the realm of high-skill workers like doctors and dentists. “[We’re] seeing people without a whole lot of education ... going into jobs, learning valuable skills that relate to new technology on the job. And not only is their pay going up, employment is going up.”

Bessen doesn’t discount the risk involved, and is quick to point out that as computers create those opportunities, they’re also destroying others. But he’s hopeful that the pattern can spread. After all, look at the big picture:

“Over the last 200 years, technology’s been responsible for a tenfold increase in the pay of the average worker. That’s huge.”